When debating the top brands in the supplement industry, one would be remiss to neglect NutraBio. First launching in 1996 behind their forward-thinking leader, Mark Glazier, NutraBio can be consistently found at the forefront of the industry. If you’ve been following along with PricePlow over the past few years, you’ve no doubt seen content focused on them – with a massive product profile, high-quality formulas, third party testing, and incredibly transparent manufacturing practices (check out our exclusive tour of their facilities for more information on this one!), NutraBio truly embodies the best qualities that shape sports nutrition. 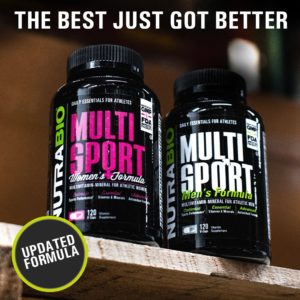 The best just got better! NutraBio has switched their Vitamin B6 and B2 to more Bioavailable Forms!

We’ve talked about the brand a ton in 2019, as evidenced on our NutraBio News page. But this small but incredibly important update shouldn’t go unnoticed:

NutraBio has recently reconfigured their loaded multivitamins, MultiSport Men’s and Women’s Formulas, in the light of relatively new research grabbing their attention. The MultiSport series is a comprehensive, high-quality multivitamin built for maintaining good health, packed full of all the vitamins and minerals that keep the active body going.

The formula has been revitalized, as it now utilizes more bioavailable forms of vitamins B2 and B6, replacing the forms previously used. We all know how important a good multivitamin is, and with this upgrade, NutraBio is ensuring that MultiSport remains one of the top options available!

In this post, we will provide a brief overview of the ingredients in MultiSport, though we’ll spend most of our time discussing MultiSport’s upgrade and what it could possibly mean for the multivitamin market as a whole.

Before we jump into that, make sure you’re all caught up with PricePlow. We scour the web for awesome supplement deals, while also covering what’s what in terms of supplement news, reviews, and interviews! 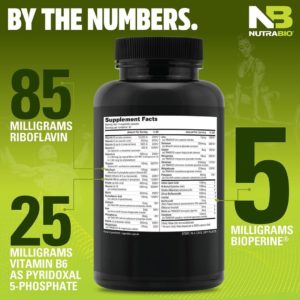 NutraBio Multi Sport Benefits and Features. Wait until you see the changes below!

The formula of any good multivitamin is lead by the four fat-soluble vitamins – vitamin A, vitamin D, vitamin E, and vitamin K – and the two water-soluble vitamins – vitamin C and the B complex. These essential vitamins help facilitate countless bodily processes, all of which help keep things running smoothly. While one can get most of them from various foods, we often look to multivitamins to help supplement our daily intake – some doses get us our daily values immediately, while others simply make up a portion of it.

In addition to more bioavailable B2 and B6, MultiSport throws 33 other ingredients your way, delivering an encompassing supply of vitamins and minerals the body needs. Here’s a brief overview of what MultiSport has to offer: 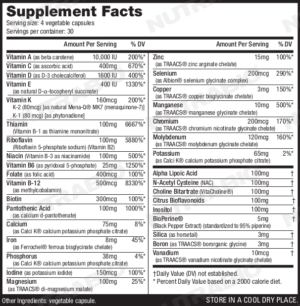 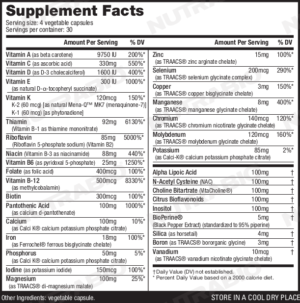 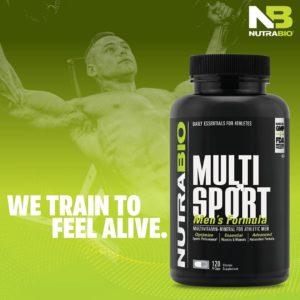 While the dosing of these ingredients varies, each one has been methodically evaluated by the brains over at NutraBio. Some of the ingredients that are below their DVs, such as iron and phosphorus, can be easily consumed with a proper diet (and are best not to overconsume). Others, like magnesium, simply require more space than is reasonable with a serving size that is already four capsules.

Either way, the MultiSport products give you the things you need, whether that means supplying the entire daily value to prevent deficiency or simply giving you a mineral head start!

Some extra ingredients, too!

That’s not all MultiSport brings to the table, however! NutraBio is, at its core, a sports supplement brand, having expanded their product profile into general health in recent years. This gives them a bifurcated knowledge of supplementation – they know what works in terms of fitness, but they also know what works for overall health, as well.

They’ve used that knowledge to inject a bit of uniqueness into MultiSport – in addition to essential vitamins and minerals, they’ve included a couple of ingredients that the inner-fitness enthusiast in all of us appreciates:

One of their traits that we admire most about NutraBio their ability to innovate, especially since they run their own manufacturing and can update things quickly. Failure to innovate breeds stagnation, which, in turn, yields complacency. NutraBio strives to avoid such doldrums, with Glazier and his team constantly searching for new markets to enter, new products to formulate, and sometimes, potential improvements to make on existing product lines.

The ability to reassess and evaluate existing formulas when new information presents itself is honorable, though when NutraBio revamps any of their products, there’s surely some strong, novel research supporting their decision!

This isn’t the first time the general consensus within the supplement industry looks misguided. We understand things as a certain way until new information convinces us otherwise. Things change in our industry constantly.

What a great way to close out a monster year, although there’s one more announcement to go before the clock rings 2020!

The importance of multivitamins in the wake of a poor diet (or even a low-calorie one) is extremely hard to understate – they provide essential nutrients the body practically craves, each of which play specific roles in various bodily functions. That’s true for any quality multivitamin, though. Not all formulas are created equally, as some differ in terms of ingredients, dosing, and perhaps most importantly, effectiveness.

One of the best ways to get more choline in, NutraBio Alpha-GPC boosts both focus and strength. 300mg active per capsule!

NutraBio doesn’t stand for anything suboptimal. Mark Glazier built his brand on effectiveness and transparency, two traits that still persist today. When customers speak out, or when new research sheds light on something once unknown, NutraBio listens. They respond by releasing new products, utilizing new ingredients, and sometimes, re-configuring existing products.

MultiSport has long been the brand’s multivitamin, but that doesn’t necessarily mean its immune to improvement. Finding room for potential enhancement, NutraBio swapped out its existing vitamin B2 and vitamin B6 sources for more bioavailable options. The upgrade is a testament both to the product’s overall quality and NutraBio’s business ethics, both of which are highly respectable.