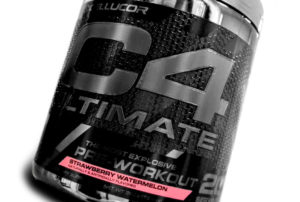 For years, customers have asked for it, and now it’s finally here. A decked out version of Cellucor’s C4 pre workout… with some serious ingredient doses.

The rumor mill has been ablaze with whispers of a brand new version of Cellucor’s best selling pre-workout supplement, C4. The new version was promised to be more transparent and full-dosed, and for the most part, it is.

Today, we’re delving into Cellucor C4 Ultimate, a pre workout that hits just about all the right notes on the energy, focus, performance, pump, and endurance scale.

The breakdown is just ahead, but first, take a moment to check the best deal and sign up for alerts from PricePlow:

We got an early test of it, and it lived up to all expectations!

C4 Ultimate is a tale of two labels, the ergogenics are transparently dosed while the energy and focus blend is proprietary. However, it’s the energy blend where things are the most intriguing as it borrows pieces from Cellucor’s focus-heavy pre workout C4 Neuro. 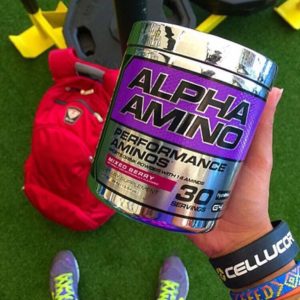 C4 Ultimate currently comes in 20 and 40 servings tubs with four flavors to choose from:

C4 Ultimate is starting as a GNC exclusive product, but you can sign up for price drop alerts below and PricePlow will notify you when there’s lower prices and new flavors out!

The biggest complaint with the main C4 pre workout is that experienced users would need two scoops, and it just wasn’t keeping up with the competition. No more!

Cellucor has released their fair share of C4 incarnations over the years, but none of them hit all the notes like this one does! C4 Ultimate truly is the ultimate form of one of the most popular workouts on the market and should be met with positive reviews from the fans out there, especially those who love the brand but were starting to venture away for the big lift days.

Now, if we could just get them to fully disclose the entire label… but we’ll gladly take this!