The year is finally coming to a close, bringing with it a time for both reflection and projection. Looking back allows us to see the progress we’ve made — physically and mentally. Noting and understanding successes and missteps helps inform our New Year’s Resolutions — the deservedly-satirized but entirely useful goals we establish for ourselves as we enter the new year. 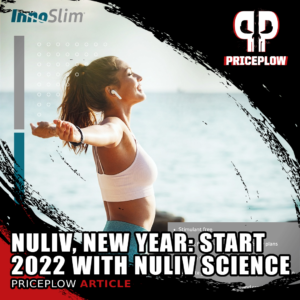 Get hyped for a healthy 2022 with NuLiv Science. This article covers their ingredients and teases some new content to come!

We know that many of our readers start January with a slew of fitness and nutrition-related goals, whether it’s hitting a specific number on the scale, weight on the barbell, or number of training sessions to complete during the week. Of course, it’s paramount that one settles on a reasonable number of goals — alongside a pragmatic approach.

To get there, shifts in quality nutrition, effective training, and a healthy lifestyle go a long way. Additionally, sports supplements can be leveraged to make the process more effective and potentially help you reach your goals even faster.

Nutritional ingredients that offer more utility in terms of overall health and wellness fit neatly here. NuLiv Science — one of the industry’s premier ingredient creators — knows this area well. The brand offers numerous ingredients that take aim at different areas of health. Incorporating a couple of them, in conjunction with a solid plan to finally hit that PR or weight, and you could really start the year off on the right foot.

NuLivScience is a global research company with several patented ingredients including AstraGin, InnoSlim, Astrion, and Senactiv.

In this post we discuss some interesting NuLiv Science ingredients. We’ll get into the real science (as well as point you toward more in-depth analyses we’ve done in the past) that makes each product a potentially great inclusion for anyone looking to make 2022 a fruitful and healthy year.

Before we get started, make sure you’re subscribed to PricePlow’s NuLiv Science news alerts so that we can notify you of new content we make and new ingredients they have on the way: 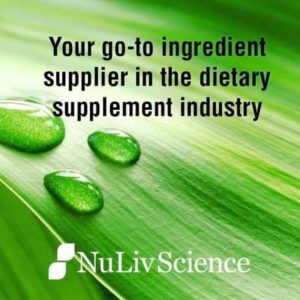 NuLiv Science is a novel ingredient supplier with some fascinating patented plant extracts with research-backing.

We here at PricePlow have also been reflecting on 2021. Of the many ingredients and formulas we covered in the world of sports supplements, there are a few companies whose hard-won prominence are impossible to ignore. NuLiv Science is clearly one of them. Grown from humble beginnings (they started by developing what was supposed to be a one-off extract for a traditional Chinese medicine practitioner), they’re now a worldwide leader in nutritional products.

Among NuLiv Science’s ingredients, there are a few that got us especially excited this past year — InnoSlim, Senactiv, Zylaria, and AstraGin — each of which has a unique function that’s useful to anyone interested in improving their health. While these ingredients are not the entirety of NuLiv’s stack, they serve as the primary ones we’ve been covering in sports nutrition.. It turns out there are far more we need to cover, but the following are effective adjuncts to a variety of health-minded goals:

If you haven’t been following, @NuLivScience on Instagram has had some incredible content recently. Ingredient suppliers often work in a B2B fashion, and don’t always put much effort into their social media profiles. NuLiv is changing that with some incredible content with their employees and all of the brands that they partner with!

The sense of opportunity at the start of a new year can be both incredibly exciting and intimidating. So, if this pursuit — whether toward a PR, a specific weight or body fat percentage, or even just a newfound mindset — is worthwhile to you, why not ensure that you’re maximizing your chances of getting there? 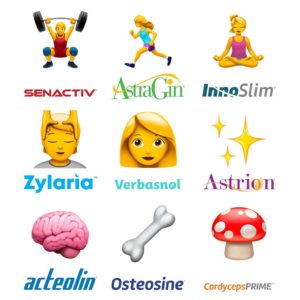 A fresh way to look at NuLiv Science’s Ingredients – seems like we’ve got more to cover!

Once the essentials are taken care of — a nutrition plan, a training program, a healthy/balanced lifestyle — introducing supplementation is a great way to further nudge you along the road toward whatever your health-focused goals are. NuLiv Science, a leading ingredient innovator, has multiple offerings that serve this purpose. Of course, which ingredients are beneficial depends on your individual situation — someone looking for a bit extra in their weight loss journey would likely benefit more from InnoSlim, while another focusing on sleep habits would find Zylaria attractive.

If you’ve decided on improving your health in some way in 2022, you’re going to have to do the tough work. Properly shifting lifestyle choices and habits is the only way to yield sustainable results. NuLiv Science has multiple ingredients for those committed to the grind— those searching for a little help on their journey toward a healthier, happier self!