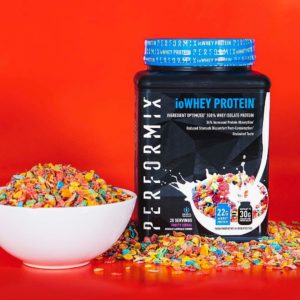 Protein powder is one of the most popular supplements in sports nutrition. Customers like them because they’re convenient, versatile, and affordable. At the same time, good protein products are low in fats and carbohydrates. Finally, the body needs three macronutrients to survive, including protein (the others are carbohydrates and fats).

Unlike carbs and fats, protein is not typically used as an energy source. Instead, the nutrient supplies the body with numerous amino acids that can be used for a variety of physiological processes ― most notably, the growth, repair, and maintenance of tissue. While you can get all of the protein you need from whole foods, such as steak, Greek yogurt, chicken, eggs, fish, and tofu, having protein powder on hand makes it easier to hit your daily protein intake goals.

There are several types of protein powders on the market. The most common is whey. Whey and casein are the two main proteins naturally found in milk. To formulate a whey supplement or to make whey-based ingredients, you first have to isolate the nutrient. There are two ways to do it: You can separate it from milk or, during the cheese-making process, it can be extracted as a byproduct.

Using whey in protein powder products is ideal because it’s easy to flavor; it’s rich in all nine essential amino acids; it digests rapidly; it’s high in protein; and it contains minimal fat, carbohydrates, and lactose.

The masterminds behind Ingredient Optimized Technology.

Studies have compared whey protein to other sources of protein, including beef, milk, eggs, casein, and soy, and found that it’s superior based on the following factors:

Numerous studies have shown that supplementing with whey protein can significantly help enhance recovery, lean body mass, strength, and overall performance.[2-4] So it’s no surprise that whey protein powder dominates the sports nutrition industry, but is there a way to make it even better? That’s the question Ingredient Optimized (io) asked. What they came up with is ioWhey.

What is ioWhey? Keep reading to find out!

By using Ingredient Optimized Technology, io discovered a way to create a whey protein with greater bioavailability than standard whey protein isolate. The company uses a natural atmospheric plasma treatment process to enhance the surface area, solubility, and dispersibility of protein molecules. The technology can be used with various protein sources to improve their absorption, such as whey and pea protein.[5,6]

Unlike other protein processing methods, io doesn’t use any harmful chemicals or enzymes to alter the structure of the protein. Instead, io carefully changes the nutrient’s tertiary and quaternary structure to expose hydrophobic pockets of the protein molecules.[5,6] This process improves the protein’s bioavailability, making it easier for the body to absorb the nutrients and is less likely to cause stomach discomfort. 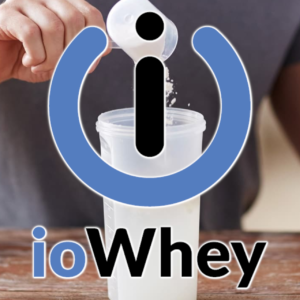 According to Ingredient Optimized, here are the key features of ioWhey:

Some ioWhey early adopters include well-respected brands like Performix and Nutrata. The ingredient can be used anywhere you’d see protein powder, including functional foods such as high protein cookies and wafers.

As we reported earlier, Ingredient Optimized Technology is used on and to produce other supplements, including pea protein (ioPEA), branched-chain amino acids (ioBCAA), caffeine, carnitine, and citrulline. So make sure to subscribe below to receive notifications when io releases more cutting-edge trademarked ingredients. And keep reading to learn more about ioWhey.

Before launching ioWhey, io conducted several studies to ensure that their ingredient is, in fact, superior to other forms of whey protein. So far, there are seven human clinical trials that support the use of ioWhey. The two main proteins that ioWhey has been compared to are standard whey protein isolate (WPI) and hydrolyzed whey protein (HWP).

Whey protein isolate is considered the purest form of whey protein on the market. It’s 90% protein content by weight and contains virtually no carbohydrates or fats. Hydrolyzed whey protein is similar to WPI, but it undergoes additional processing to be “pre-digested.” This means that a portion of the protein is broken down into peptides in order to increase the rate of digestion/absorption and bioavailability.

Let’s look at the research to see how ioWhey stacks up against WPI and HWP.

Watch this Video to See How ioWhey Protein Works

Here are some products that contain ioWhey:

ioWhey is Just the Beginning for Ingredient Optimized

Ingredient Optimized prides itself on taking traditional dietary supplements and making them even better through scientific innovation. ioWhey is a prime example of that! Before ioWhey was created, it was widely accepted that whey protein was one of the most optimal sources of protein. 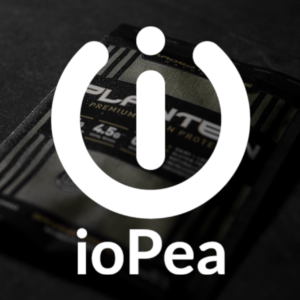 Plantein from Kaged Muscle was the first product to use ioPea.

Whey is easily digested, rapidly absorbed, and rich in both essential amino acids and branched-chain amino acids. However, some people have trouble absorbing and utilizing all of the amino acids that whey supplies. So they may not get all of the benefits they could from standard whey protein. Fortunately, Ingredient Optimized created a whey protein with superior bioavailability.

Ingredient Optimized didn’t stop there. They used their breakthrough technology on other protein sources and dietary ingredients. For example, Ingredient Optimized recently launched ioPea, a naturally-optimized plant protein that was shown to be just as good as whey protein and superior to standard pea protein.[5]

ioPea Protein: A Plant Protein With the Power of Whey

Needless to say, Ingredient Optimized has a lot to look forward to, so make sure to subscribe below for more information!