Next time you’re at the grocery store shopping for vegetables, just remember: these aren’t your grandma’s vegetables. 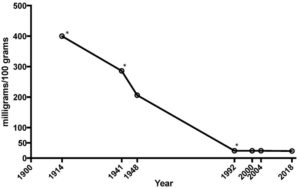 The average amount of calcium, magnesium, and iron in vegetables like spinach, lettuce, cabbage, and tomatoes has plummeted as much as 80–90% since 1914.[1] We have no choice but to supplement it back in.

Your grandma enjoyed fruits and vegetables with a significantly higher vitamin and mineral content than what’s commonly available in stores today. The reason why is complicated, but it fundamentally comes down to soil quality.

Why we need more magnesium: Modern agriculture has failed us

Modern agricultural techniques don’t take the soil cycle into full consideration and fail to remineralize topsoil after it’s been used to grow a season’s crops.[1-6]

As a result, the mineral content of the soil – and hence, of the crops grown in that soil – has steadily declined over the past century. Magnesium is in particularly short supply these days. According to some estimates, as much as 80 or 90% of soil magnesium has been lost to crop monoculturing,[1-6] which is the practice of growing just one type of crop at a time on a field, ultimately reducing biodiversity.

It would be great if we could remineralize the soil our food comes from, but since most of us are not in a position to grow our own crops or raise our own livestock (which is the best way to fertilize the soil), we must look for an alternative solution to this problem: magnesium supplementation. 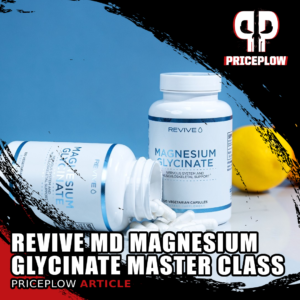 Get ready for a master class in not just magnesium, but glycine as well. If there were only one ingredient we’d suggest to improve sleep, it’d be Revive MD’s Magnesium Glycinate, third-party tested and all.

Should I supplement magnesium? Almost definitely.

Considering that in the United States, an estimated 50% of adults don’t get enough magnesium from their diet,[7,8] the answer to the question “Should I take a magnesium supplement?” is very likely “Yes.” According to the recommended daily allowance (RDA) set by the USDA, you are at least as likely as not to be deficient in magnesium to some degree.

With that in mind, let’s take a look at Magnesium Glycinate from Revive MD, and explore why this form of magnesium is uniquely effective compared to other supplements.

The science is below, but first, let’s take a break and look at PricePlow’s coupon-based prices:

Each two-capsule serving provides 1000 milligrams of magnesium glycinate yielding 200 milligrams of elemental magnesium – but both components (magnesium and glycine) deserve attention, so they’re covered individually below: 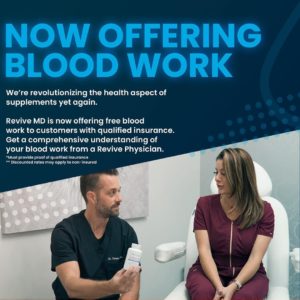 At the end of the magnesium section, we cover our dosing suggestions – start with two capsules, and it’s best taken before bed. If you know your diet is very low in magnesium (e.g. you don’t eat many nuts, legumes, or dairy), you may want to try three or even four capsules. Let your bowel movements guide your dose back down if you go too high.

It’s not often that such simple supplement formulas have such an impressively deep and wide body of research backing their efficacy. Magnesium and glycine are two heavy-hitters that pretty much anyone should at least consider supplementing.

The only question is what dose is best for you and your diet, and if you want to consider adding even more glycine before bed.

All in all, though, if you were going to give us one ingredient to improve someone’s sleep, it wouldn’t be melatonin — it’d be magnesium glycinate right here. And Revive MD, with its third-party lab tests, would be the brand to suggest.