Update, May 8, 2018: The Attorney General behind this fiasco, Eric Schneiderman, has resigned after at least four accusations of extremely racist sexual abuse. Even crazier, his criminality was predicted by President Trump as far back as 2013.[Tweet] It is unclear where this GNC deal will lie after the smoke clears.

Updated March 30, 2015 with an extremely questionable agreement between GNC and NY.

The White House had Watergate, the NFL had Deflategate, and now the supplement industry has its own scandal… FILLER-Gate.

With the new year comes a fresh set of accusations in the ever-evolving world of supplementation. 2014 was the year that amino spiking in protein powder blew up. 2015 is shaping up to have its own beast in the form of several major retailers allegedly supplements whose labels don’t match what’s actually in it!

But is that the truth, or are we merely all being played in a game of politics here? 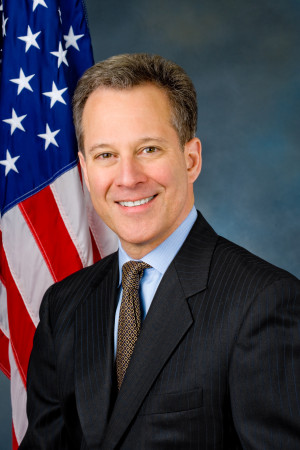 Four of the nation’s biggest retailers were smacked with a cease-and-desist letter from the New York State Attorney General’s office on February 2, 2015 to stop the sale of several store-brand supplements.

According to the investigation by NY AG Eric Schneiderman, GNC, Target, Wal-Mart, and Walgreens were selling supplements whose contents didn’t quite match what what proclaimed on the label.

Products ranged from memory loss supplements to prostate trouble aids, and nearly 4 out of every 5 bottles tested contained NONE of the herbs/ingredients listed on the label. They did, however, contain many known allergens (wheat, peanuts, etc.) that were NOT stated on the label.

Walgreens stated that they would remove the questionable products from its stores’ shelves, while GNC and Wal-Mart said they would take “appropriate” measures to resolve the discrepancies. Target has yet to comment on the situation.[1]

The Attorney General has since demanded that the 4 retailers submit procedures that they use to test and verify the quality of ingredients in their respective supplements.

However, NY AG Schneiderman has been unwilling to share his lab results, making for a completely one-sided battle.

In this post, we take a look at the science behind the testing performed, the industry response, possible motives for this affair, and look to better alternatives for the given situation. 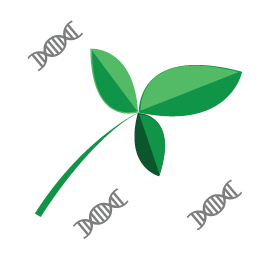 Is DNA Testing valid for the purposes of testing herbal supplements?

The Attorney General’s office employed a method of testing known as DNA Barcoding. This is a relatively new method of testing that first gained notoriety in 2003 by researchers at the University of Guelph in Ontario, Canada.

Basically, barcoding takes a small snippet of an organism’s DNA (~600 base pairs of the mitochondrial gene cytochrome oxidase I (COI)) and then compares it to a known database, similar to the way a UPC barcode scanner works at the grocery store. This “snippet” is compared to B.O.L.D. (Barcode of Life Data systems) and the GeneBank databases. The final result is the identified species.

Barcoding using the COI is an incredibly effective method for identifying fish, birds, insects, etc, but is not reliable in terms of identifying botanical species.[2] This is due to the fact that plant COI evolve much slower than the COI of other life and would not provide a reliable means of identifying individual species.

What Barcoding can and can’t do…

DNA is DNA is DNA…this means that the DNA in a plant’s stem is the same as that located in the leaves or roots. The problem here is that herbal supplements are highly dependent on being extracted from a particular area of the plant (this is why you see “seed” or “leaf” extract on ingredient labels).

These results do not ring true to me…

…On the surface, something is terribly wrong with these results. — Dr. Pieter Cohen

So while barcoding will tell us which plant a compound comes from, it won’t indicate where it comes from.

Another issue with DNA barcoding is the method by which extracts are created. Different types of solvents (acids, water, alcohols, etc.) and heating procedures are used to extract certain compounds. During the extraction process, DNA can be degraded, damaged, and possibly destroyed. This doesn’t mean the extract loses its intended benefits, but it does mean that the DNA of plant will no longer be detected during barcoding.[3] 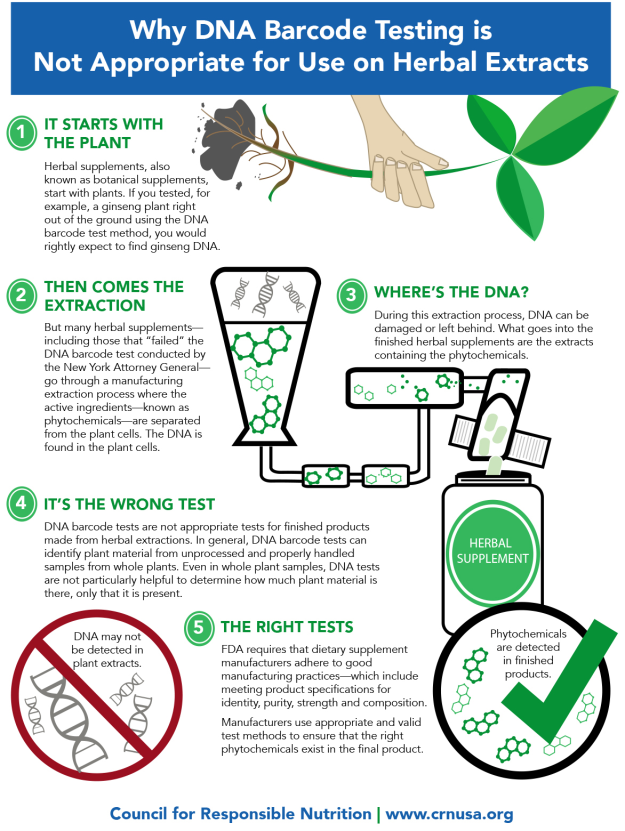 Why DNA Barcode Testing is Not Appropriate for Use on Herbal Extracts. Image courtesy of CRN (Council for Responsible Nutrition)[7]

Had Schneiderman run these same DNA tests on a cup of fresh coffee, he’d get the same results: “no coffee in the cup”. Why? For the same reasons above – the heat used denature the DNA inside, making coffee “undetectable”.

So is it time to send cease and desist letters to Folgers too?

March 30 Update – Agreement between GNC and the NY AG

On March 30, GNC and the NY Attorney General announced an agreement that GNC would begin to integrate DNA testing into their supplements — on their raw materials.[21]

The irony here is that Schneiderman and his team didn’t perform DNA testing on raw materials – they performed it on the finished product. This basically shows just how wrong the NY AG and his team were, and several industry insiders (ourselves included) are extremely disappointed that GNC caved to their politicking.

Schneiderman needed an “out” – over time, his accusations have been shown to be more and more nonsensical – and GNC gave it to him.

While DNA barcoding does pose benefits in terms of the animal realm of taxonomy, it is a poor method by which to solely verify plant-based matter. The science is not only flawed, but the political ramifications are at best questionable as well.

When asked, every single scientist close to the situation has cast serious doubt on these tests – and that includes several non-biased professionals:

But enough of the problems — how about some solutions? Let’s discuss the other forms of testing to help prove this point:

OK, so the AG’s office “goofed” and used the wrong test… what types of tests should they have run?

As you can see from the breakdown above, there were a myriad of options the AG’s analysis could have employed that would yield significantly more accurate results.

So far, what has all of this meant for the bottom-line of these supplement purveyors?

The supplement industry is the $13 billion enterprise (with herbal supplement totaling $6 billion), so surely a stink-up this big is bound to have some financial implications (which would then lead to further legal consequences)… or does it?

In other words, business as usual! The media outlets may have fallen for the ploy, but the vast majority of consumers have not.

Where does this leave us?

So we’ve covered the AG’s testing methods, alternative methods, and its financial impact on the supplement industry… but what does it all mean?? 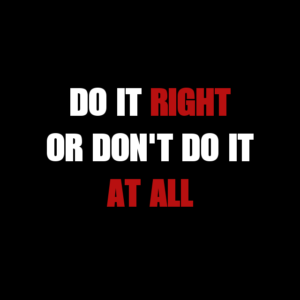 Image says it all. If you’re going to test, use the right ones… and show some data to back it up.

The supplement industry is a multi-billion dollar a year industry with plenty of high-powered lobbyists to fight for their cause. Unfortunately, not everyone in the industry has the best track record when it comes to being forthright with some of their product claims, making it an easy target.[18]

However, more and more companies are starting to employ 3rd party testing[19,20] to verify the quality and contents of their supplements which is a big win for all us little guys!

In addition, as successful companies grow larger and larger, they begin to fall under the FDA’s ever-increasing scrutiny, as well as face numerous class action lawsuits (as has been the case with the ongoing protein amino acid spiking scandal lawsuits).

It’s obviously not unheard of for small companies to skirt the laws. But for the large ones with a lot to lose to fake something as simple as garlic simply doesn’t make sense to even the worst crook.

All in all, NY Attorney General Eric Schneiderman’s accusations are questionable — at best.

Our first suspicions regarding these allegations arose when we saw that garlic of all supplements was not detected. Being as cheap as it is, there is absolutely no point to “cheating” on a garlic extract supplement – the possible pros (saving a fraction of a dollar) simply would not outweigh the cons (getting caught).

Plus, it’s difficult to fake that garlic smell. Something was immediately amiss, which launched our research into this topic (and we hope you’ve learned something with us along the way).

Something is amiss… and it’s probably not the supplements

We hope you’ve enjoyed this post. We are PricePlow, and there’s a whole lot more coming. Stay tuned and stay informed.

Thus, due to the type of testing performed, as well as the nature of the supplements that were found to be “missing”, we find these tests extremely suspect and the underlying motive is likely influenced by something other than the public’s general welfare.

When all said and done, we believe that the vast majority of the products allegedly claimed to be devoid of active ingredients will actually be quite the opposite.

Consumers have a right to be wary and should always take individual supplement claims with the proverbial “grain of salt.” Do your homework and research a supplement before deciding to purchase and stick to companies with good track records.

But ultimately, after looking at the information available, it seems more likely that the NY AG’s office is the one with some false label claims of its own to answer to.