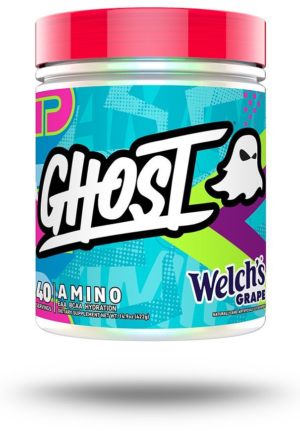 Not only did Ghost figure out how to flavor this insane formula, but they did so well they got a major collab in Welch’s on board too!

At the start of 2019, we caught wind of Ghost’s Collaboration with Welch’s Grape Juice, which we discovered by spying on Season 3 Episode 9 of their Behind the Brand series.

They’ve been busy since then, releasing Welch’s Grape for the Ghost Legend pre workout, as well as tons of other stuff you can learn about on our Ghost News page (including one of the best ever ‘mainstream / compliant’ pre workouts in the Christian Guzman V3 Ghost Legend formula).

Just earlier this week we blogged about Ghost Amino V2, which stirred up controversy because of the response to its ridiculously impressive dosing, especially of the difficult-to-mask amino acid methionine.

Anyone can put a lot of aminos into a tub. But can you make them taste great?

Well, you know they nailed the flavor if they got a major brand like Welch’s on board!

As discussed above, Ghost has been teasing a lot of stuff on their YouTube channel, and also timing launch dates such as this one with new episodes. Today you can watch Season 4 Episode 24 to see a bit more on this one:

A PricePlow shout-out from Dan!

But it gets even cooler — at around 11:10 in S4 E24 shown above, Dan gives us a shout-out for the blog post where we published the collab. It’s always great to hear our names mentioned by a popular celebrity, so thanks Dan!

Back to the product at hand, you can read about the entire label in all of its glory in our Ghost Amino V2 blog post. The latest label is also below: 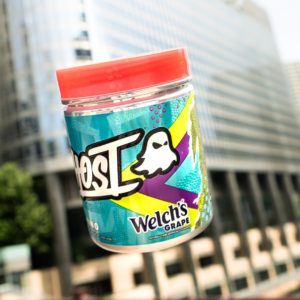 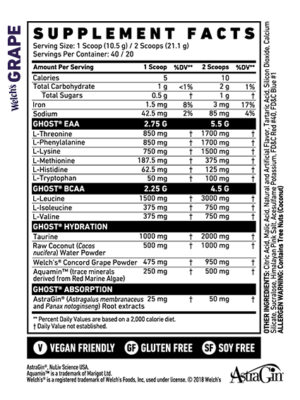 As always, we like to promote that a complete protein is always going to be better than an incomplete protein (like if you have just BCAAs), so we’re more than on board with Amino V2, although we of course are nuts for the Swedish Fish flavor of Ghost BCAA!

This is a great supplement to drink while you’re training, and if you’re a fan of grape flavored drinks and feel that you’ve either been neglected by the industry (there’s less grape out there anymore!) or just want real grape juice flavor over the candy grape flavor, then this one’s for you.