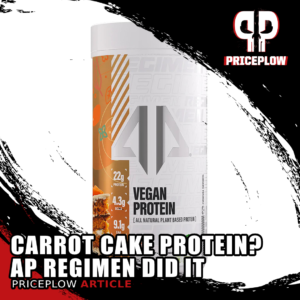 We haven’t yet discussed AP’s Vegan Protein, but their team is extremely proud of the flavors, and we just got an excuse to dive in:

When it comes to flavors, AP definitely does things different. As we write this, there’s a Vanilla Milkshake flavor, but there’s not a chocolate flavor! Instead, AP’s skipping right to the fun stuff, with flavors like Mocha Frappuccino, Salted Caramel, and now… Carrot Cake!

This, we’ve just got to try. So see our videos below, check prices and availability with PricePlow, and let’s dive into the profile:

Macros will vary a bit from flavor to flavor, but since we’re talking about Carrot Cake, let’s show their stats:

Also prominently displayed on the label is the amino acid profile, which is helpful. 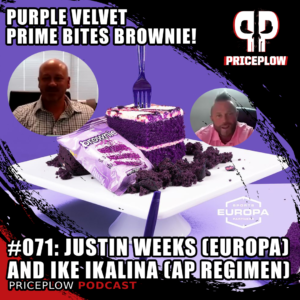 Explained in Episode 071 of the PricePlow Podcast, Alpha Prime & Europa Sports partnered for an exclusive Purple Velvet AP Prime Bites Protein Brownie flavor, so we interview Justin Weeks & Ike Ikalina to tell us about it, and then discuss distribution in the post-2020 era

Below is an up-to-date list of flavors in Alpha Prime Supps Vegan — we hope this list will expand over time:

Anytime a brand launches a Carrot Cake flavor before a straight chocolate flavor, our ears definitely perk up. Having tested so many pea proteins, we understand that what works with dairy doesn’t necessarily work with plant proteins.

You often have to combine multiple flavors, as is the case in Mocha Frappuccino and now Carrot Cake. In this case, it’s not just carrot flavoring – there’s also a big blend of ginger and cinnamon to really drive it home, and AP’s been raving about this one. 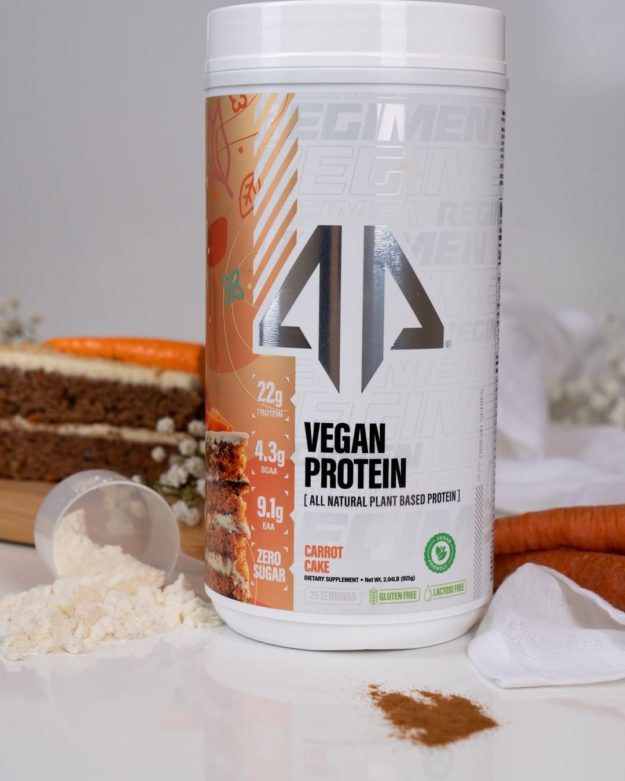 Throw down a scoop (or a hundred) of carrot cake protein powder this fall, and thank us later!