Posted on December 12, 2019 by Mike Roberto and Kenneth Stephens | No Comments

SEND IT: To do something awesome with complete and total confidence. — Urban Dictionary[1] 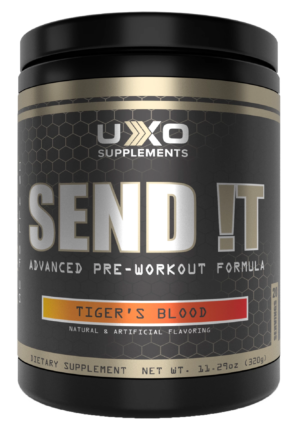 The UXO Send IT Pre Workout prepares you for battle with the weights. Get ready to send it!

When CEO Jon Klipstein started UXO Supplements in 2015 with Doug Petty, the duo had a vision to take their knowledge of fitness and brand it into a company. But with Jon being a US veteran and Doug an active duty Army Ranger, they wanted that company to have a deeper purpose.

UXO: A company with purpose

That’s why he has partnered with Mission 22, a non-profit organization targeting Veteran suicide awareness and prevention. On average, 22 Veterans commit suicide daily, and that is why Jon and UXO donate a portion of each sale to this great cause.

SEND IT in the gym

The best way to maintain fitness is through diet and physical activity, and when it comes to training, nothing gets you going like a serious pre workout supplement. That’s why the brand came out of the gates with a fantastically-named workout supplement in SEND IT, which will get you ready to throw the entire weight of your confidence at your training session.

Before jumping into the label rundown, don’t forget to check out our UXO specials and sign up for alerts so you never miss a deal:

One of UXO’s best-selling products, “Send !T” is a balanced pre-workout designed to bring pump, energy, and focus! Each 16g scoop contains well-known and effective ingredients, as well as a few different ones, and one that may have more to tell. Let’s dive into the formula and see what sets “Send !T” apart in the pre-workout arena.

There are 10 core ingredients in “Send !T’, designed to provide clean energy and focus with no crash and deliver massive pumps to maximize gym performance. It’s not just a pump product, it’s not just a stim product. This is a pre that provides pump, focus, energy, and even some fat burning. Let’s get into it: 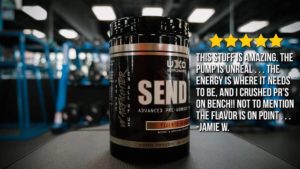 UXO Send It Reviews strike a perfect balance of energy and pump.

Send !T does have a slightly gritty texture due to the 1.5 grams of Glycersize, but its not nearly as bad as products containing 3 or 4 grams. In Ben’s Youtube review, he makes the interesting point (when taste testing Strawberry-Kiwi) that the mixed liquid is clear white.

Though Send !T is “naturally” flavored, there is no color corresponding to the flavor. This may affect the way some people perceive the taste of whatever flavor they are drinking, as the brain associates color with taste. Per Ben, the taste is mild, not too sweet or fruity. It is available in these delicious flavors: 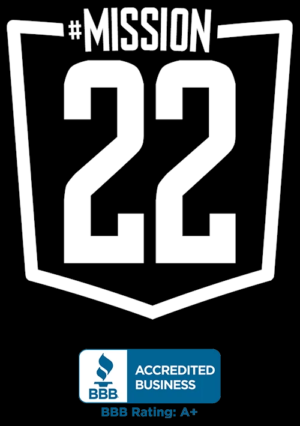 Fighting for our veterans, UXO is a Mission 22 accredited business.

Send !T is a solid, well-rounded pre workout that will surely provide energy, a good pump, and even some fat burning effects. We love what UXO stands for, and we are excited to see a well-dosed pre workout that isn’t driving an absurd amount of caffeine.

Although there are a couple ingredients that could raise questions — we still want to know more about juniper — we think It’s a great formula for the mainstream market that can be had for a reasonable price. If you’re someone looking for ultra-high stimulants, this one isn’t for you. But for the average gym-goer looking for a balance of all around benefits, this fits the bill.

And remember, UXO donates $1 from every sale to Mission22, to help create awareness for and ultimately reduce the number of veteran suicides in our country. Great product, supporting a greater cause, we say “Send It!”