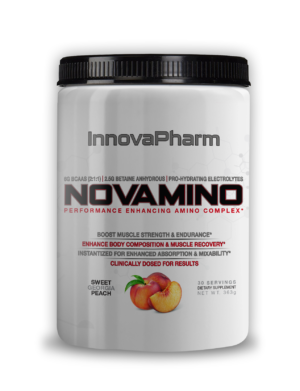 We first got turned onto InnovaPharm a couple months ago when we test drove their focus-powered Limitless Pre Workout powered by the potent nootropic phenylpiracetam, which nearly makes it “unfair” compared to other pre workouts. Since our first introduction to the company, we’ve also seen them release a cutting edge ZMA formula titled ZMX.

As the calendar turns from 2016 to 2017, InnovaPharm is ramping up their business for the new year in a big way, with a slew of new products coming to market incredibly soon. The first of which you’ll see revealed today is Novamino — a well dosed BCAA product that also packs in some natural muscle building!

We’ve got the full breakdown ahead, but first, take a moment to check the best deal (coupons included) and sign up for alerts from PricePlow:

The BCAA market is an incredibly crowded segment of the supplement market. Some companies have tried to differentiate themselves from the masses by using outlandish BCAA ratios like 8:1:1 or 12:1:1. InnovaPharm isn’t pulling any gimmicks like that here (know that leucine is the cheapest branched chain…). They’ve included a heaping 6g dose of 2:1:1 BCAAs along with the full clinical dose of Betaine to bring some muscle-building to the game.

InnovaPharm isn’t messing around with the flavoring. You’re going to get 4 delicious tasting options to choose from, not the same old boring fruit punch, grape, or blue razz nonsense: 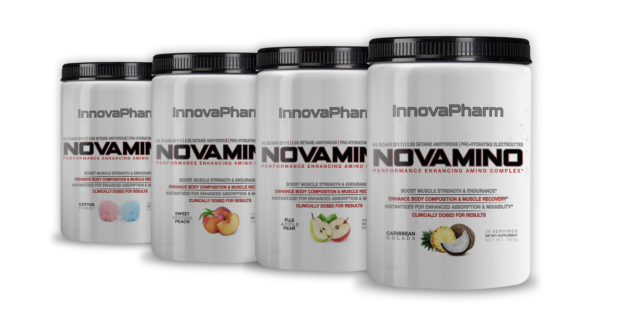 Novamino isn’t coming in any boring flavors like Fruit Punch or Blue Razz, we get 4 unique flavors to tantalize our tastebuds.

Cotton Candy has been a fantastic flavor for the LIMITLESS pre workout — not too heavy — and we hope it stays that way for intra workout. It’s important to balance the taste with the overwhelming sweetness of cotton candy.

2017 is officially here, and things are kicking into high gear around the industry. We’ll be flooded with tons of new products, as companies big and small roll out their newest and most cutting edge formulas.

InnovaPharm burst onto the scene strong in 2016, and they’re priming to take January 2017 by storm with three new products, led by their incredibly well-dosed BCAA Novamino. Make sure to keep an eye on these guys as they’ll have plenty more to come in the new year! 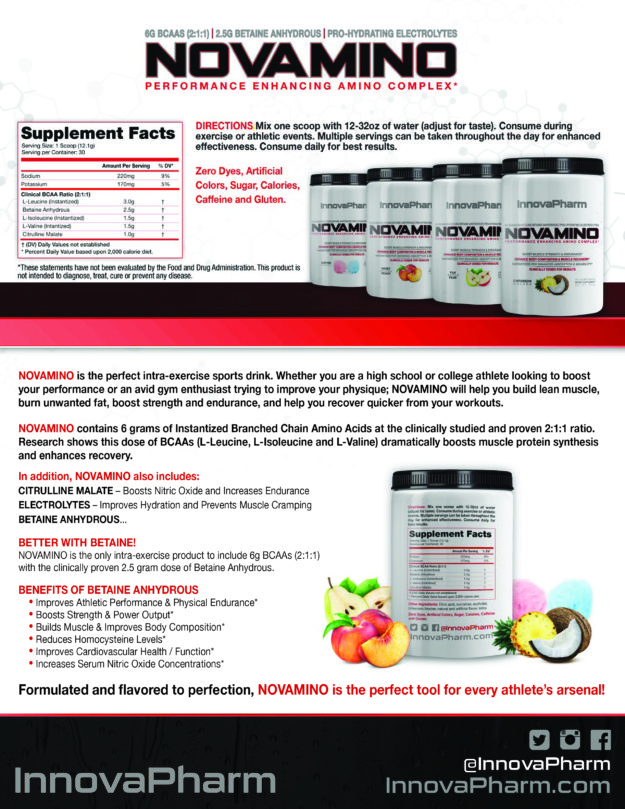