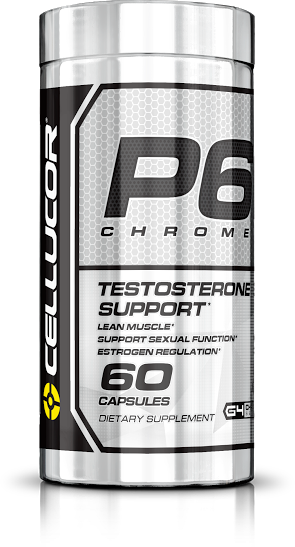 Cellucor released a new updated version of their popular test booster, P6 Chrome, but which one is best?

Cellucor has had quite a busy year with the debut of the G4 series line of products. Today, we’ve got the latest addition to the ever-expanding line of high performance supplements with their popular testosterone booster, P6 Chrome.’

This bring us to five different P6 versions that are either out there or coming soon:

We’ll get to the new ingredient breakdown and what separates this from the recent P6 at GNC, but first take a second to check the best deals and sign up for PricePlow alerts:

Now, fans may wonder what separates this from the new P6 Red formula, or is this just more of the same. In fact, Chrome borrows only 3 of the same ingredients from Red, and adds 2 different herbs for a much smaller profile than its counterpart.

P6 Chrome does tout many of the same benefits as P6 Red does including:

As with most test boosters on the market, P6 Chrome uses a prop blend of ingredients, so we’re not exactly sure how much of each of the following ingredients we’re getting. But enough chatter, let’s see what P6 Chrome is packing to help us fuel our anabolic desires:

As it stands, there are six (YES SIX!) different versions of P6 currently either available or coming soon on PricePlow:

Why should we choose the G4 Chrome edition over any of the others?Because there’s more estrogen control? Honestly, at this point it’s almost too hard to break down. But we do like the LJ100 that’s been added to P6 Xtreme, so we’ll need to analyze that one soon too.

It would be great if Cellucor provided a small guide to provide users with the best option based on what they’re looking for! 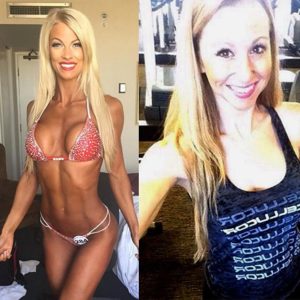 Taking P6 Chrome may just help out with getting acquainted with the Cellucor models!

Take one serving (2 capsules) each day without food. Do NOT exceed more than one serving per day.

P6 Chrome certainly looks to continue Cellucor’s trend to continually raise the bar with their products and constantly improve them. The ingredient included herein have some solid research behind them and should at the very least provide a little boost for you in the bedroom.

We’d like to know though, what standard they’re extracting for as well as dosage amounts, but hey, no one’s perfect. Make sure to check the best deal on where to get the all new P6 Chrome as well as signing up for PricePlow alerts!