Update: Thankfully, this product has been discontinued. 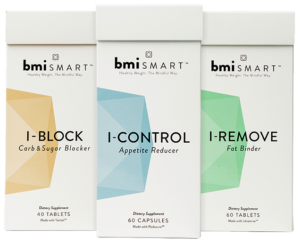 bmiSMART is a collection of three proprietary products that aims to accelerate weight loss from three different fronts.

Typically on the blog, we cover just one product per day whether it be a pre workout, protein powder, or fat burner. However, today you’re in luck because we’re feeling a little generous. We’re going to cover an entire system of products.

You may have seen ads in your local paper or heard them on the radio for a new weight loss system called bmiSMART. It’s a unique 3-phase weight loss system that aims to reduce calories from fat, block carbs & sugars, and control your appetite.

That sounds great and all, but does it really work and is it worth the high price tag?

This one’s not sold on any PricePlow stores like our other best fat burners, but we saw an ad for this and wanted to investigate.

As we mentioned up top, bmiSMART isn’t a single product but a collection of 3 different supplements to attack weight loss from multiple angles. So, what follows is a breakdown of each product as well as the dosing instructions for each. Here we go!

I-Block is the system’s carb and sugar blocker. Americans love their carbs and sugary snacks, so it makes sense to include a product that can inhibit the body’s absorption of carbs to an extent, thereby helping to reduce overall caloric intake. Let’s see what they’ve got!

I-Block comes with two different dosing protocols based on whether you’re trying to lose weight or just maintain it. For weight loss: take two I-BLOCK tablets with eight ounces of liquid, two times per day—30 minutes before your two main meals. For weight maintenance: reduce the effects of that occasional, tempting treat by taking two tablets with liquid 30 minutes before any meal containing carbohydrates or sugars.

The biggest problem people have when staying on track with a diet and achieving successful weight loss is controlling their cravings. This is why most of our readers turn to the aggressive stimulant-based fat burners, but there’s always non-stim stuff to consider.

So as you’ve probably surmised, I-Control is bmiSMART’s appetite suppressant supplement. It uses another proprietary ingredient as its primary hunger killer.

Lastly, we have I-Remove, a product designed to reduce the caloric impact of fat on the body when you want to indulge in a snack or meal that contains an appreciable amount of dietary fat, i.e. pizza. 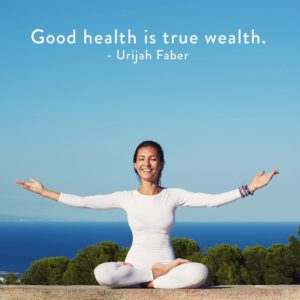 Good health is true wealth, but you won’t have much wealth spending $75/month a products that “may” help you lose weight.

So, what’s this magical collection of proprietary enzymes and fibers going to cost you? Just $75!

Now, this is for a one month supply of the weight loss stack and should you want to continue to use the products, you would obviously have to keep shelling out the money to keep the goods coming to you.

While there may be some interesting compounds and science behind these products, it’s ultimately going to come down to how much you’re willing to spend to see some fractionally better weight loss results from a collection of stimulant-free pills and powders.

Yes, they do get some results, and we appreciate that they’re different, but they won’t compare to making a holistic lifestyle change by eating better (and monitoring your calories in an app like MyFitnessPal) and exercising regularly. For the lazy / quick-fix crowd out there that is lulled into the latest “TV Doctor” type products, this is right up their alley. However, the informed fitness enthusiast normally reading our site will see this as nothing more than overpriced.

But at least it’s different, which beats most of the stuff heavily advertised out there. We’re on the fence unless the price significantly drops.