Alpha Prime Supps Pre-Workout RTD: Level Up with More in Each Bottle

Alpha Prime Supps’ Pre-Workout RTD is a ready-to-drink pre-workout supplement with 8 grams of citrulline malate, 2 more than its closest competitor!

If you’ve seen the fridge at your local gym, then you can probably agree that the ready to drink (RTD) pre-workout supplement space has been due for a serious shakeup. A space mostly filled with carbonated cans — which don’t always work best for a workout — the remaining non-carbonated (“still”) beverages haven’t changed much lately.

Seeing the opportunity at hand, Alpha Prime Supps has delivered and then some. 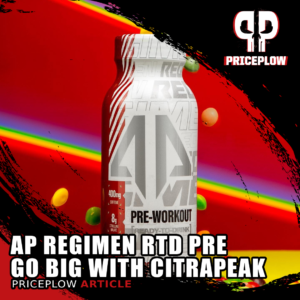 Alpha Prime’s Pre-Workout RTD has a whopping 405 milligrams of caffeine, 8 grams of citrulline malate, and amplifies it with the novel CitraPeak NO booster!

With the Alpha Prime Supps Pre-Workout RTD, the ready-to-drink shakeup is here. This powerful bottle contains a massive 405 milligrams of caffeine paired with 8 grams of 2:1 citrulline malate, both of which are greater than the closest competition. Additionally, we have CitraPeak, a novel nitric oxide boosting ingredient that has incredible solubility, making it perfect for RTD application.

AP’s mission here is simple: to amplify workouts and to snag a slot or two in your gym’s fridge. Instead of yet another flavor of the same old formula, Alpha Prime argues that this is what you should be trying. And after looking at the science behind CitraPeak — and knowing what a larger dose of citrulline itself does — we agree.

It’s all covered below, but first, take a look at our prices and sign up for our Alpha Prime Supplement news alerts – there’s far more coming from the Florida-based brand in the near future:

In a single 12.5 fl oz bottle of Pre-Workout RTD from Alpha Prime, you get the following ingredients, which include a total of 405 milligrams of caffeine:

Conclusion: An RTD Pre-Workout with More

Alpha Prime certainly knows how to formulate a pre-workout, but we already knew that, given their incredible Legacy Series Pre-Workout and Pump supplements. Their Pre-Workout RTD takes non-carbonated, ready-to-drink bottles to a new level, but it does come at a cost: a huge dose of caffeine. 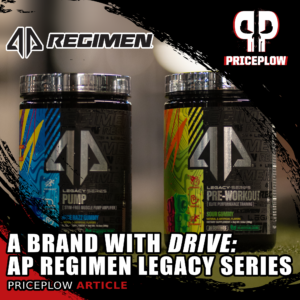 Are you ready for your legacy? After a year of hard work, Alpha Prime Supps has released their Legacy Series Pre-Workout and Pump Supplements

If you can handle the 405 milligrams of caffeine, you’ll be treated to some incredible pumps — especially compared to other RTDs. It’s not just from the huge dose of citrulline malate, either. CitraPeak is a novel ingredient inside that we’re very excited about, and we think we may be seeing this in thermogenics as well.

But if it’s a bit too much caffeine for you, drinking ½ to ⅔ of a bottle, and then saving the rest for later may be your safest bet. You may still get a clinical dose of L-citrulline (which starts at 3 grams, and a full bottle here has 5.33 grams), but you’ll want to look for more betaine and beta alanine elsewhere in your day if you want to hit those clinical doses.

Regardless, the RTD game has been changed, and it’s time to start seeing some Alpha Prime inside of store and gym fridges. We know most places already have those incredible AP Prime Bites protein brownies on the counter… so it’s only a matter of time before these RTDs take over too.

As for those Prime Bites and other AP products, you may want to stay tuned to our alerts below… we have a lot more coming.