NucleoPrime by NNB Nutrition: Step Up Your Energy Production

You may have caught our article about nucleotides — a family of “building block” compounds that play a critical role in energy production throughout the body. This article will focus on perhaps the best nucleotide supplement on the market, NucleoPrime by novel ingredient developer NNB Nutrition.

In one sentence, nucleotides are the building blocks of RNA and DNA, leading to a broad list of benefits when supplemented. 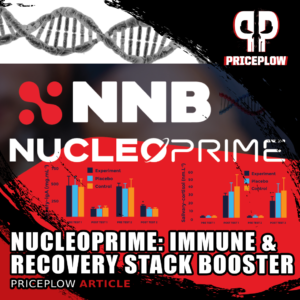 Looking to supplement more of these incredible building blocks? Look to NNB’s NucleoPrime!

Long story short: you know what you’re getting with NucleoPrime, and that means you’re getting the building blocks to better cellular energy. Let’s get into those benefits and how we’d stack it into an energy supplement:

Who should take NucleoPrime? And at what dosage?

Looking to supplement more of these incredible building blocks? Look to NNB’s NucleoPrime!

NucleoPrime is a supplement we recommend for anyone looking to improve their general health, immunity, and stimulant-free energy. We can see NucleoPrime becoming a cornerstone of anti-aging stacks as well as cellular health supplements. It may even have a spot alongside creatine in some ATP-driven muscle building supplements as well as testosterone enhancement, as it provides some of the tools the body needs to grow and repair.

The most common use case of NucleoPrime will likely be in the anti-aging and cellular health space, where it’d stack wonderfully with NNB Nutrition’s BioNMN, a highly bioavailable NMN (Nicotinamide Mononucleotide) supplement that boosts NAD+ levels.

To get the most out of NucleoPrime, NNB recommends 250 milligrams twice per day. NucleoPrime is safe to incorporate into food, beverages, powders, and even potent enough to fit into a capsule.

Outside of anti-aging applications, as nucleotide supplementation gains favor in the sports nutrition industry, we’re hoping to see NucleoPrime integrated into high-end multivitamins, creatine supplements, and even post-workout recovery supplements. Product formulators are constantly looking for something new, and sometimes it’s best to get back to the basics with the building blocks our bodies need. NucleoPrime achieves both of these issues. 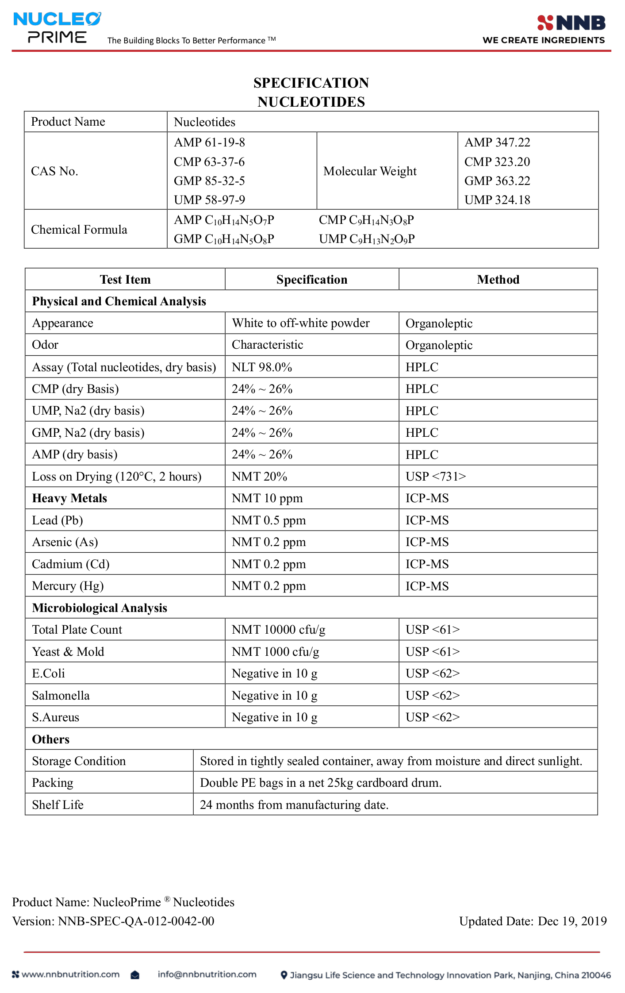 The first pre-workout supplement to use NucleoPrime is now out: AstroFlav One Scoop Only. Learn more about it from the link above, and see if there are any other articles on nucleotides below:

NucleoPrime is likely the best form of a new industry innovation – but something not new to our bodies and diets. While the research is still developing in terms of ergogenic benefits, nucleotide supplementation appears to improve markers of general health, especially true in a world in an immunity crisis due to our collective processed food driven metabolic sickness. 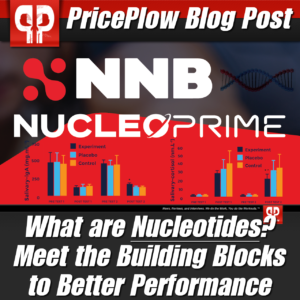 Read more about the building blocks of DNA and RNA in our article on nucleotides.

For those looking to boost their anti-aging and immunity stack, NucleoPrime is worth trying. NNB Nutrition is one of few companies we trust to bring this level of innovation to market.

This product is also 100% natural, non-GMO, non-allergenic, and even vegan friendly. NNB pulled out all the stops with NucleoPrime so that everyone can partake in the boost. If you want to pioneer nucleotide supplementation, NucleoPrime is a great way to give your stack a little “something extra”.

If you want to learn more about the background and biochemistry behind NucleoPrime, read our full article titled What are Nucleotides and How do they Affect Performance and Immunity?.