Olympus Labs ENDUR3 (Discontinued, Get it Before it’s Too Late) 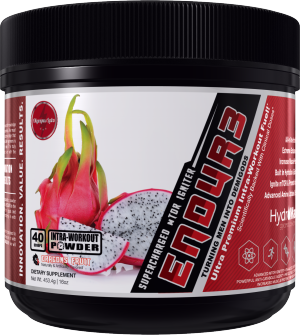 Olympus Labs Endur3 is yet another fully-loaded supplement from the DemiGods! The only question is… do you want to get Endur3+ and add carbs??

It was a small surprise when Olympus Labs recently unveiled an amino acid formula because they’re typically one of the more straightforward supplement categories, and Olympus Labs has developed quite the reputation for releasing innovative supplements that sets them apart from the competition.

So when the DemiGod team does something new, we take note and immediately look for something different. They’ve been on fire so far in 2016, and we doubt they’re stopping yet!

A quick glance through the profile of their creation, ENDUR3, confirms our suspicion that this is not your run of the mill amino acid supplement. There are actually two versions of ENDUR3; one with a carbohydrate source, ENDUR3+, and the base formula which is carb free. Each version is available in two flavours, Pina Colada and Dragonfruit.

Carbs or no Carbs: To ENDUR3 Or ENDUR3+?

We’ve been on a workout carb kick lately, and we’re big fans of companies who offer multiple versions of a product to suit different user preferences.

If you stop being a carbophobe and look at the research and go by ‘feel’, most people will realize that carbs will provide added endurance and energy for your workout, which we’ll explore further below.

ENDUR3 features four matrices with some of your typical intra-workout ingredients but some others that are quite intriguing. ENDUR3+ has an additional matrix with a unique carbohydrate source known as Carb10. 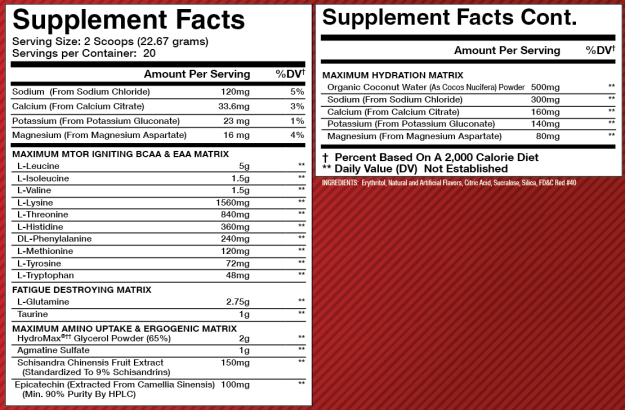 The Endur3 Ingredients (this is the label without the carbs)

First let’s review the amino acid profile in ENDUR3, and then we’ll get into the carbs in ENDUR3+.

How does it stack up to the competition:

Companies are always trying to do something different with intra workouts, and Olympus Labs has a great jam-packed formula here.

While we’re pro-carb lately, most amino acid supplements are zero-carb, and we’re not sure how many people are really adding their own. It will be interesting to see which of these two products become more popular once there is an option available.

The price difference between ENDUR3 & ENDUR3+ listed on the Olympus Labs website is less than $10. This is actually more cost effective than the one competitor who sells the carbohydrate in bulk form (MTS Nutrition’s Machine Carb10 — Endure3+ comes in at 44g per dollar, whereas MTS Carb10 is around 40g per dollar!)

Who is it for? 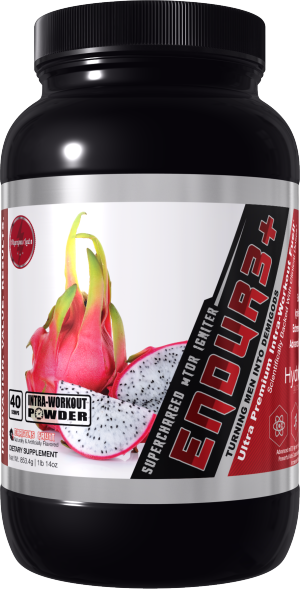 Endur3+ has 70 calories per serving, from 17g of carbohydrates via Carb10

There are no ingredients in ENDUR3 that would preclude anyone from using it. The typical groups of athletes that typically need to pay extra attention to supplement labels, like female and competitive athletes, can use ENDUR3 freely. A more pertinent topic is what is the best way to use ENDUR3 to maximize its benefits.

The biggest decision is how you approach your carbohydrates throughout the day. We like to get most of them in or around our workouts, which is why we lean towards ENDUR3+.

It should also be stated that ENDUR3 is not limited to use as a intra-workout supplement, it can also be beneficial at any time of the day in the absence of proper protein intake. However, most will reserve those precious scoops for their workouts where its benefits will be maximized. The versatility of the profile allows you to use it in any combination that is convenient to your routine, pre, intra or post workout or any combination of the three you choose.

The added carbohydrates in ENDUR3+ will beneficial for the following scenarios:

Olympus Labs lists one serving of ENDUR3 at 22.67g and with the carbs in ENDUR3+ one serving is 42.67g, a much heavier serving size than most intra-workout formulas. Due to that high weight per serving both versions of the product require two scoops. In order to realize the full benefit of ENDUR3 you will want to use a full serving or two scoops… there’s no reason why you shouldn’t unless you’re an extremely small person. 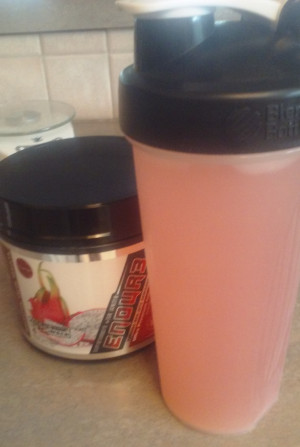 Dragon Fruit is mild but tasty. Very unique flavor to match the unique product. Mixes well with just a dash of foam.

ENDUR3 is so hot off the production line there has not been an opportunity for anyone to use the product for an adequate amount of time to validate its benefits. However, there has been some reviews of the two flavors of ENDUR3; Pina Colada and Dragonfruit. The consensus has been that Pina Colada is a very sweet tropical flavour while Dragonfruit is a more milder, fruity flavour. One tester commented that the flavoring was still delicious of both flavours at half a serving (1 scoop) in 16oz of water. That will be welcome news for those that like to drink their intra-workout with a large amount of water.

See Mike’s attached pictures. The Endur3 dragon fruit powder is actually quite “fluffy” and mixes very well, and a tightly packed scoop adheres to the weight quite well. This is an enjoyable drink, but isn’t overpoweringly sweet.

Well it appears that Olympus Labs has done it again, entering a new category with a bang and putting together yet another stellar formula. Similar to the release of ELIX1R and IGNIT3, the company has brought their mantra of Innovation, Value and Results to the intra-workout category.

Olympus Labs supplements: Turning Men into Demi Gods. Click the image to see our ‘Lab Report’ on the latest and greatest!

Olympus Labs is making it extremely difficult for the competition and the consumer to overlook them as one of the pre-eminent suppliers of effective athletic supplements. We’re all over these guys lately, and we’re not paid to do this either (we make our commissions from the stores you buy their stuff through, so we’re a bit more impartial).

Olympus Labs is quickly disposing of their past reputation as solely a manufacturer of muscle building supplements, but they still know their bread and butter and have brought some of those lessons learned into other markets.

That may not be welcome news for the competition but the continuously expanding DemiGod Nation will surely benefit. So it is not a matter of whether you should try ENDUR3 or not, it is more a question of whether to try ENDUR3 or ENDUR3+?