How Much Protein Per Meal to Build Muscle? ~50g, 4x/Day 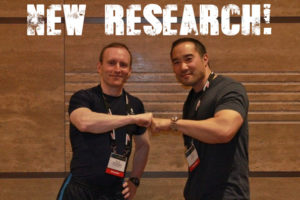 Yes! The industry’s favorite two researchers have gotten us one step closer to answering one of the most frequent muscle building arguments around – how much protein per meal?! Image Courtesy LookGreatNaked

Gyms are filled to the brim with old-heads trying to educate newer gym rats with advice that may stretch back decades. Often, this advice has little scientific backing and only has roots in anecdotes and “broscience”. Unsurprisingly, some of the most successful older athletes have already figured out what science eventually proves to be true.

Yet the truth usually lands somewhere in the middle.

In this article, with the help of Alan Aragon and Brad Schoenfeld’s latest research, we tackle one of the oldest standing myths of gym culture: “You can only absorb about thirty grams of protein per meal, bro.”

Well that all depends on the size of the bro.

Who better to give a synopsis than the author himself?

“Published! Our review indicates that the amount of protein you can use for muscle-building is larger than often claimed. We speculate anabolism is maxed by spreading out intake over 4 meals comprising up to 0.55 g/kg (~50 g per meal for a 200 lb lean guy)”

Before we get into the research that attacks this myth, let’s set up ground rules for our discussion. 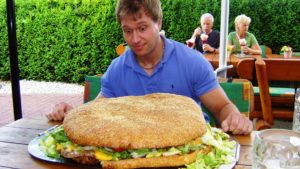 We’re talking about how much protein you can legitimately use, not just eat, silly! Image courtesy Furious Pete.

First off, what do we mean by “protein we can absorb per meal”? The most obvious assumption is that we mean “how much protein can the body take in per meal?” The answer is simpler than you’d expect… we can physically “take in” as much protein as the meal itself contains, assuming you’re a healthy individual (and don’t throw up).[2]

But if that’s what we were really talking about, the article would be done, you could collect your protein digestion certificate on the way out, and start your own supplement brand named “Unlimited Protein for Fat Gain” – because that’s basically what’s happening when you overconsume the stuff.

But we’re not looking to see how much food we stuff in our faces and convert to fat. The real question we should consider is: “How much protein can our body use to repair and build muscle tissue per meal?”

As in, how much protein can we use for its intended purpose without any of the negative consequences such as fat gain?

How Does Protein Metabolism Work?

As we have established in earlier articles, the body is superb at storing macronutrients for future usage. Ignoring the keto diet, dietary fats are processed and stored in adipocytes. Dietary sugars, or glucose, are merged and stored as glycogen. What about proteins? Are amino acids, the constituents of proteins, stored as well? 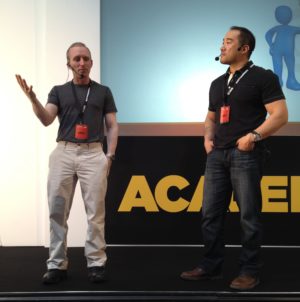 Schoenfeld and Aragon didn’t include any pretty graphs for us in this paper, so we’ll just use this image, courtesy YouTube. Give us them graphs, bros!!

No – at least not as amino acids. Amino acids are in a constant state of flux when in the human body. Upon digestion, amino acids travel through the blood. As needed, amino acids will be taken into cells from the blood as needed. The cells then use the absorbed amino acids to form proteins. As the protein loses its functionality, it is converted back into amino acids. Eventually, the amino acids exit the body through the urea cycle. The only real way for amino acids to be stored is if they’re converted into glucose through a process like gluconeogenesis.[3]

Considering gluconeogenesis: Avoid storing too much protein as fat

This fact sets up the entire basis of this question. If the human body stores glucose and fats for future use, it’s clear that the amount we consume per meal doesn’t matter very much as long as the total calories are within a reasonable range. If not immediately used by the body, some macronutrients will be stored for future use and readily burned up later on in the day through exercise or NEAT (non-exercise activity thermogenesis).

However, proteins are a different story. If they aren’t stored in one spot, shouldn’t we replenish our body with more amino acids “constantly”? If they aren’t used, are they wasted? Even worse, could they tip off our glycogen stores a bit too much and induce significant fat gain?

In a world where extreme, absolute statements make for all of the clicks, we hate to tell you, but it turns out that balance and moderation are indeed still king:

What Does The Research Say? 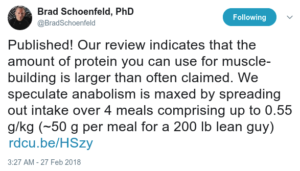 The man has spoken and the answer is ’bout four-fiddy’![1]

A recent investigation by Brad Schoenfeld and Alan Aragon sought to answer this question once and for all.[4] Through the virtue of constructing a meta-analysis, the duo combed through dozens of papers that studied muscle protein synthesis (MPS) rates and protein digestion in different populations. Surely, with so many of the best minds in the fitness industry covering a topic, we have likely reached a consensus… right? 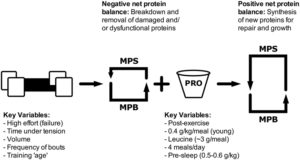 Even more frustrating, these investigations also did not consider slower-absorbing protein sources like casein or milk protein or even coingestion of protein with other macronutrients like carbohydrates and fats. While it’s safe to assume that coingestion and slower digesting proteins might lead to slower digestion and perhaps better MPS optimization, the data on this topic is questionable and needs much more exploration.

Knowing this, Schoenfeld and Aragon crafted a guideline that will help most people. The current data suggests that optimal protein intake per day falls somewhere between 1.6g/kg – 2.2g/kg – or 0.72g/lb – 1g/lb here in the States.

Note that the generalized recommendations discussed here are for generally healthy males attempting to gain muscle.

If you’re a dieter who is very overweight or even obese, the numbers may not work for you. At that point, consider some equations that discuss lean body mass or simply use the numbers but target against your realistic diet goal weight.

For instance, a 300lber that wants to weigh 225lb should consume about 50g of protein a meal, four times per day, if they’re not doing any type of fasting diet and still want to grow muscle (which is always recommended). Always track calories and macros and weigh foods with a food scale.

At PricePlow, we’d recommend staying on the high end of things as a moderate to high carb dieter who trains and on the lower end of things if you follow the keto diet. This guideline applies everything we currently know about maximizing gains![4]

We like four meals a day because it avoids the absurdity of “six meals”, yet considers other research from Aragon and Schoenfeld that there’s no immediate “post training protein window”, but if there were one, it’d probably be more of a “barn door” — something like 6-8 hours.[8,9] 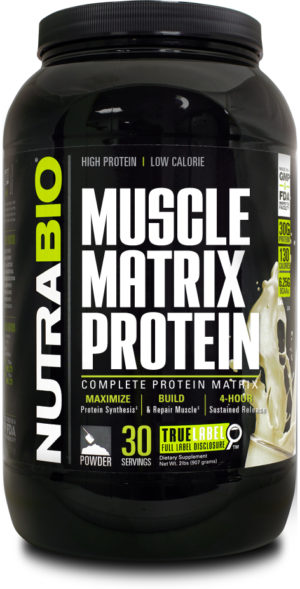 NutraBio sponsored the blog the month this was published, so support them back with their third-party tested Muscle Matrix Protein!

Given how much we love this area, and how the community (ie. Aragon and Schoenfeld) is getting closer to truly “figuring it out”, you know we’ll continue to update this blog as research develops in this area.

The battle comes down to this:

It’s up to you to find your just right area – and it’s even harder on the keto diet due to the consequences of overconsumption.

So for now, when it comes to gains, your best bet is to focus on tracking your daily protein intake and dividing it evenly across a four meals, and not to lose too much sleep over the “timing” stuff.

So it turns out many bros were kinda right on the protein-per-meal thing… but ultimately, it depends on the size of the bro.