MetabolAid is a patented fat-burning and cholesterol-reducing blend from Monteloeder, a Spanish company best known for their PLX muscle enhancer and for Nutroxsun (a UV light damage reducer for exposed skin that is actually ingested rather than applied topically.)

As with PLX, MetabolAid is based around lemon verbena extract, but also adds Hibiscus sabdariffa. Monteloeder’s internal pre-clinical rat studies indicate that MetabolAid accelerates lipolysis and lowers blood cholesterol by activating PPAR-alpha, a metabolism regulator that is normally only activated under conditions of extreme energy deprivation (in other words, when starving) and speeds up the oxidization of fatty acids. It also appears to have an anti-inflammatory effect on the vascular wall.[1]

The company is currently underway with the first clinical trial of the ingredient in their native Spain, employing 50 participants who are classified as “overweight or moderately obese.” Of course, we’ll need to see the results to have a better idea of MetabolAid’s efficacy … but even then we still won’t have a great bead on the product until it’s studied by third parties.

In the meantime, however, we can look at both lemon verbena extract and Hibiscus sabdariffa in weight loss and fitness contexts, both of which have some prior independent research that we’ve never really discussed on this blog. 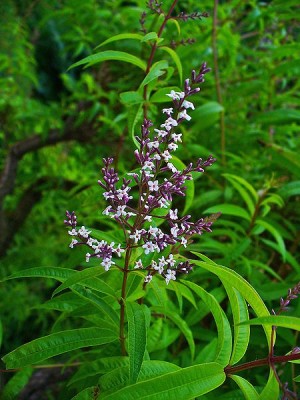 Lemon verbena extract has thus far been marketed more as a beauty ingredient in skin creams and as a palatable antioxidant tea than as an athletic supplement. It appears to raise general levels of plasma antioxidants when taken orally, based on the results of several studies, and one particular 2011 study showed a connection to improved joint health.[4,5]

This is the primary ingredient in Monteloeder’s PLX, and for that product they claim that it helps reduce muscle and joint injury, and that it helps in training recovery time. The evidence that their website cites in support of these claims is a mix of the studies mentioned above that use other forms of lemon verbena extract, and a 2012 study that they appear to have sponsored in which PLX itself was used.

In that 2012 study, 15 male college athletes took either PLX in isolation or a placebo over the course of a 21-day aerobic training regimen (consisting of three sessions per week). Blood was extracted at the very beginning and very end of the three week cycle, and the PLX group had lower levels of oxidative stress markers.[2] An earlier 2011 study by this same group, using an unspecified lemon verbena extract, also found decreased markers of oxidative stress in a group doing a similar 21-day training regimen.[3]

So we have pretty good evidence that lemon verbena is a potent antioxidant, and potentially also a joint and muscle recovery agent (though more third-party research is really needed to confirm the latter claim). In isolation, however, the direct connection to fat burning and accelerated metabolism remains unclear. 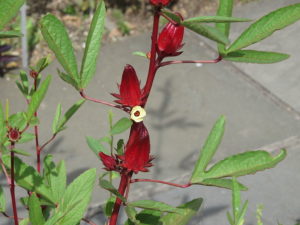 So, our early theory on MetabolAid is that the lemon verbena is included as an anti-inflammatory and flavor enhancer (since it will be sold in a soluble powder form). It may have some sort of synergistic effect with Hibiscus sabdariffa that triggers PPAR-alpha, but there isn’t any science yet that backs this (other than possibly Monteloeder’s own self-funded clinical study going on over in Spain).

What we do know about Hibiscus sabdariffa (more commonly called Roselle) in isolation is that it has been shown to inhibit carbohydrate absorption. However, it isn’t very effective at doing this on its own — some diet teas on the market have paired it with the extract of white mulberry (morus alba), which seems to greatly enhance the effect. It does consistently appear to lower blood pressure on its own, however.[6,7]

If you’re looking for another incredible ingredient to boost fat oxidation, look at our article titled “BAIBA: Weight Loss Ingredient Generates Exercise in a Pill?!“

So after combing through all this evidence, for MetabolAid to work as promised it seems to really be relying on this particular combination somehow synergizing to activate PPAR-alpha and ramp up the metabolism. We know one ingredient blocks carb absorption, but not very well unless paired with something else that’s not here, and in any case that’s not what the early advertising is claiming it does!

Monteloeder’s initial study will be a start in demonstrating that this tandem can really activate PPAR-alpha on its own, but we’ll need further independent study to confirm it, or at least solid anecdotal reports from a good amount of product users. This ingredient does have serious potential as an all-natural fat buster, however, and we’ll definitely be keeping an eye on it.

We don’t know of any products that will contain MetabolAid just yet, so until then, stay tuned to our Best Fat Burner buyer’s guide!