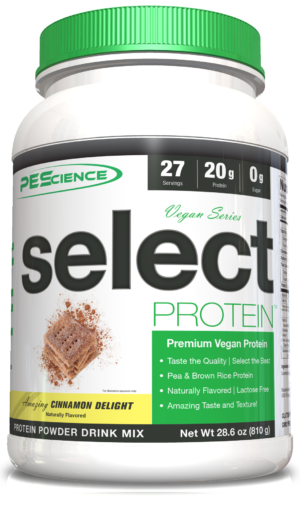 PEScience is known to make some of the best tasting proteins on the market. When the brand introduced their Select Protein Powder in 2014, it’s done nothing but sell and review well, building a growing flavor profile over time. PES has even skyrocketed in international markets, but back home in the US, customers wanted even more, and the company is listening.

In July of 2016, PEScience launched their Vegan Select Protein powder series, and that trend has done nothing but to rise, as the diet world has dramatically shifted both away from meat-based products (the vegan diet) as well as back towards them in other circles. This product is obviously for the former of those two.

But can a brand make a protein powder taste good without the “milkshake-inducing” taste of dairy? PEScience can, as we noted in our chocolate Vegan Select Protein review on YouTube.

But long-time consumers and even protein chefs want more than just the basics. So PEScience has once again listened, but this time with Cinnamon Delight Vegan Protein. You can check PricePlow for deals below and sign up for PEScience’s news alerts since the brand is clearly not done yet, then we’ll bust into the macros:

Wow! PEScience is getting really good with these flavors! No doubt, you need to be a cinnamon lover to ever want to buy this, but if you are, then it’s a flavor worth checking out:

There’s only a dash of stevia bite to it, but it actually works with the cinnamon. Well-done, PES. Now let’s talk about the product itself:

How did PEScience do it with Vegan Select Protein? 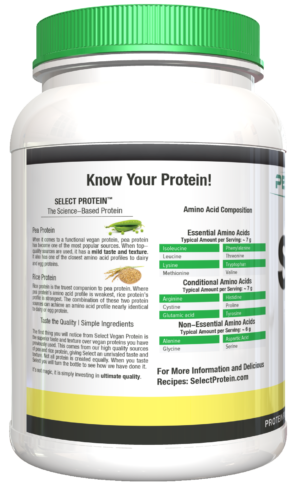 The vegan line features two vegan protein sources (pea and brown rice concentrate), compared to whey, casein, and milk protein isolate blend in their “regular” Select Protein. Another important aspect to note is that the Vegan Protein line is naturally sweetened with stevia, compared to sucralose in the dairy-based Select.

The Cinnamon Delight flavor is the 5th flavor in this vegan lineup, and it’s said to taste like cinnamon graham crackers.

Don’t get confused with the Snickerdoodle flavor of the regular Select line — that’s modeled more off of a cinnamon sugar coated cookie, and it brings a sharp flavor.

With Cinnamon Delight, you’ll get 20g protein from 30g product — 67% “efficiency”, which is fantastic for a vegan protein: 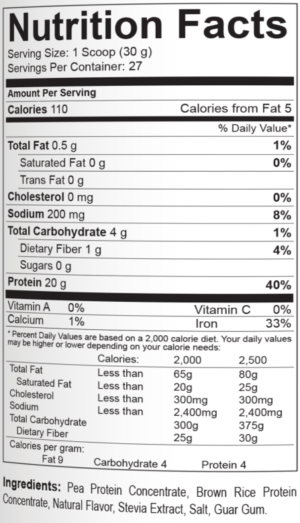 You’ll be getting 20g from a 30g scoop, always a good ratio with PEScience’s Proteins

Outside of the pea protein + rice protein concentrates, natural flavor, and stevia, all that’s left that hasn’t been discussed is some salt and guar gum. The total sodium load is 200mg, or 8% DV, which isn’t bad (we don’t fear salt here at PricePlow either).

Other news from PEScience

Not only has the brand added this new Cinnamon Delight vegan flavor, but they’re also going to bring back the limited edition Strawberry Cheesecake as a permanent flavor. Strawberry Cheesecake debuted in March of 2018 and quickly sold out off the initial launch. The company decided to bring the flavor back but to remove the frozen strawberry bits due to consumer feedback.

This is not the first time we’ve seen PES listen to their fans and tweak the formulas. When White Chocolate Mint Select launched in 2016 the company came back in 2017 with a heavier white chocolate flavor due to feedback, which pleased many.

See our PEScience supplements page to save and get news alerts!

Despite their international growth and popularity on social media, if there’s one thing about PEScience, you have to admire it is how they tailor their products based upon feedback from their consumers. We don’t imagine PES is slowing down anytime soon with new flavors as the company is always taking requests and beta-testing behind the scenes, and even “selfishly” making supplements for their own selves, as told in the stories behind Symbiont-GI (all-around GI support) and TruNeuro (long-term brain enhancer/protector).

Turn on your PEScience PricePlow alerts, so you will be one of the first to try their new flavors when they come out: