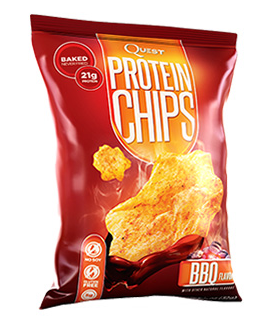 Out of all of the exciting releases this year, Quest chips have gotten some of the most attention.

Rightfully so, this is truly the first whey-based protein chip to hit the market.

As of now, they’re available in three flavors:

This is the nutritional panel for Quests sea salt flavor. As you can see, these are the “cleanest.”

Sea salt was the weakest in flavor, they were our least favorite, but they definitely weren’t “bad”.

They actually make a great option for anyone who likes “plain” chips. But there is a bit of sweetness from them. Keep in mind though, whey is naturally sweet. Since these chips are rather plain, the sweetness does bleed through.

The end result – a blend of sweet and salty.

Sour cream and cheddar threw us off as far as the smell.

They didn’t exactly smell bad, they just didn’t smell like we expected them to. We were comparing them to Baked Lay’s, so that’s a high bar that’s been set.

If I had to describe it in words, I’d say they smelled too cheesy.

They also taste very cheesy…The flavoring is very strong, which isn’t necessarily a bad thing – depending on what your preferences are.

We actually thought that they were delicious, but again, we love those cheddar Baked Lay’s, which are also very strong. As far as flavor, we voted that they’re the second best.

Last but not least, the nutritional panel for our favor flavor – BBQ.

The bbq chips are on point.

Without a doubt, it’s our favorite flavor out of the three.

They smell delicious, and they taste incredible.

They deliver everything you would expect out of a quality bbq chip.

A few side notes… 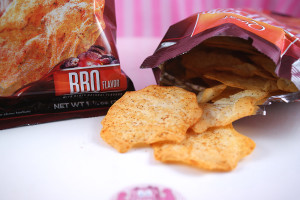 Quest Nutrition nailed it with their BBQ flavor!

There is a slight aftertaste, it’s not bad though. We just thought it was worth mentioning, because it is noticeable.

One more thing…I want to take a second to talk about the texture.

In short, we love it.

They have that nice “crunch” that you’d expect when you bite down into a chip. 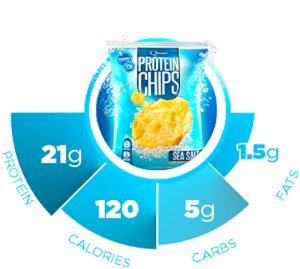 As you can see, Quest protein chips have an incredible macro-nutrient ratio.

By far, our favorite thing about the new Quest chips is  their macro-nutrient breakdown.

It’s hard to believe Quest was able to make a chip taste this good while achieving such optimal ratios.

Then again, it’s not that hard to believe, when you consider that they did the same thing with their Quest Bars.

Quest Nutrition revolutionized the industry with their protein bars.

Will these protein chips be able to take it to the next level?

Yes, over the course of time. 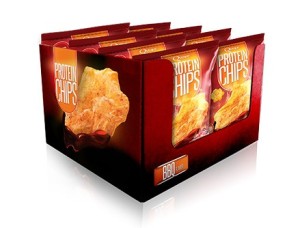 Stock up on Quest chips today…Use PricePlow to make sure you’re getting the best deal!

As Quest perfects these chips (and hopefully brings the prices down), we should start seeing them become more and more popular.

Right now they cost around $2.50 a bag, and they’re not available through any of our stores, so you’ll need to sign up for product alerts and we’ll notify you when the price drops.

For only 21 grams of protein, that’s a little bit too much. Remember though, this is PricePlow, we compare prices between all of the stores in order to find you the best deal.

In other words, we’re going to help you beat those prices down. If we can get these down to around $1.50 – $1.75, that would be an excellent deal. I can’t promise whether that’s going to happen or not, but we’re working around the clock to do everything we can to help you secure the best deal possible.

Make sure you sign up for our notifications, so we can let you know when prices drop!

Also, take a moment to bookmark this page to make sure you’re getting the latest supplement news!