Pre-Kaged SPORT: Built For An Athlete 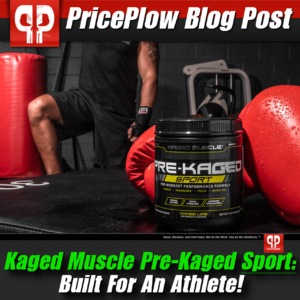 Fuel your performance with Pre-Kaged Sport!

We often refer to Kaged as the “athlete’s brand” because all of their supplements are Informed Sport certified, meaning they undergo rigorous testing to ensure there are no banned substances inside. Not every supplement company gets this certification for a number of reasons, with the main ones being cost and time.

Kaged goes above and beyond to ensure drug-tested athletes (and smart consumers) aren’t left in a precarious supplement situation. Led by Kris Gethin, the brand is all about formulating supplements designed to maximize your athletic performance, focusing heavily on quality, transparency, efficacy, and safety.

There are many supplements on the market claiming to take your training to the next level, but too many underdeliver. If you’re an athlete looking to gain an extra edge at a very reasonable price point, then Kaged has what you need! 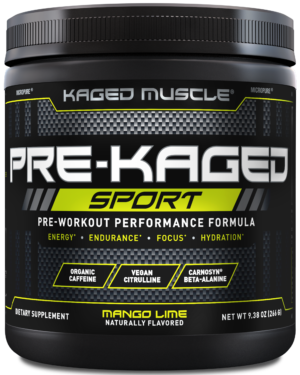 Fuel for an Athlete.

Early into 2020, the team made some minor tweaks to its monstrous Pre-Kaged pre workout, and also launched a Stimulant-Free Pre-Kaged.

Now, Kaged is releasing another version of Pre-Kaged, specifically designed to enhance pre-game performance and it goes by the name of… Pre Kaged Sport. It will come at a lower price point and have a less-hefty scoop for athletes who don’t want to take the original 30g monster Pre-Kaged before training. This pre workout is less about helping you get a “pump” and doesn’t leave you feeling stimmed out of your mind – your athletic adrenaline can take care of that!

Pre-Kaged Sport is all about boosting energy, endurance, focus, and hydration. Essentially, it’s what an athlete needs before a big training session, practice, or game. And again, it’s certified free of banned substances.

A full ingredient breakdown and review on Pre-Kaged Sport is included down below! If you want to get exclusive access to deals, news, interview, and reviews on all Kaged products — subscribe down below!

There aren’t many that offer a pre workout specifically for competitive athletes. CEO Kris Gethin and formulator/scientist Brian Rand saw a huge gap in the supplement industry and decided to fill it with Pre-kaged Sport!

If you’ve tried any of Kaged’s new flavors lately, then you already know that they’re cranking out some amazing tasting products. Unlike several other brands, Kaged is all about using as much natural ingredients as possible. Therefore, they refuse to use any artificial flavors or colors.

However, they do use a small amount of sucralose (an artificial sweetener) alongside stevia (a natural sweetener) to get the right level of sweetness, which we have no problem with! We’re confident that Pre-Kaged Sport will be something you look forward to drinking every time you need an extra boost!

Here’s an up-to-date list of all Pre-Kaged Sport flavor variations:

From pre workouts to protein powders, and everything else in between, we’ve witnessed Kaged take a huge step towards expanding their product line, with a major focus on new flavors, reformulations, and completely new products. 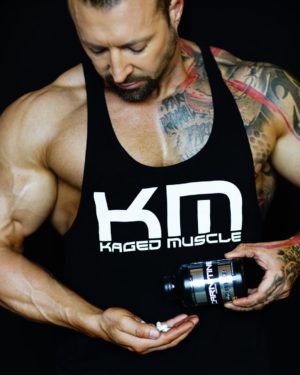 Kris Gethin is changing the industry by creating the highest quality products on the market.

Since the beginning of the brand, Kris Gethin set out on a mission to create a brand he could fully stand behind, recommend to athletes, followers, and friends, and change the industry for the better. He was sick of seeing proprietary blends, artificial ingredients, underdosed products, and supplements that failed to deliver. Kris and Brian Rand understand that athletes are serious consumers deserve more from their supplements.

Instead of sitting back and waiting for other brands to step up, Kris took it upon himself to take care of the issue. Nearly 5 years later, Kaged is thriving and continues to get better year after year. There are several factors that separate Kaged from their competitors, such as quality control, third party testing, formulations, and flavoring.

Early on, Kaged decided that they weren’t going to follow industry trends, which is why they’ve become so successful and well known around the world. We’re excited to see that they’re expanding the Pre-Kaged line to reach a wider audience. Who knows what will be next, but PricePlow will make sure you’re the first to find out — just subscribe down below and follow us on social media!