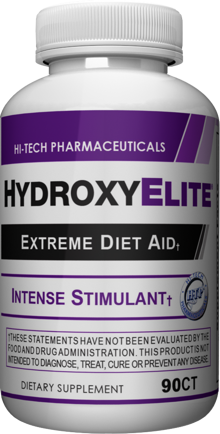 Does this bottle look familiar or what?!

Were you a fan of the original OxyELITE Pro? Well, it’s usually not available, and when it is, it’s at a hefty price tag of $150.

There is good news though: Hi-Tech Pharmaceuticals, a company known to push the envelope, has created what seems to be an OxyELITE Pro replacement / clone in the form of HydroxyElite.

The ingredients include DMHA, and the formula is surprisingly nearly as strong!

First let’s show PricePlow’s coupon-powered price comparisons and then get into the ingredients: 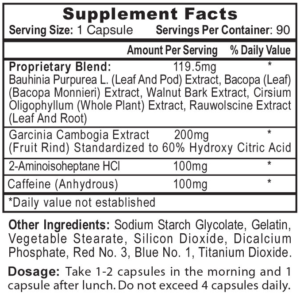 Look familiar? It’s a near-clone of Oxy Elite Pro, except an added 250mg of garcinia. Click Here for the best deal.

The ingredients are shown to the right. We dive into each one, but note that this is nearly an OxyELITE Pro clone, with an added 250mg of garcinia cambogia.

This write-up got long. The fact is, it’s hard not to like this formula. It’s modeled off of the best-selling fat burner for years, and for good reason – this fat burner does it all.

In this article, we’ll explore how the ingredients promote an all-encompassing mixture of fat burning effects:

It’s such a wisely put together supplement, we can’t blame Hi-Tech for bringing it back. Now let’s get into the science below.

Overall, this is an incredible formula, and if you liked the original OEP, you should definitely get it while it lasts:

Update: This product has received some special attention in our “Best Fat Burner for YOU” buyer’s guide, where we talk about other high-energy supplements as well.

So far, the users who have come back to us have told us that they’re loving this product. Several Amazon reviews stated that this was the only thing that could hold a candle to the original OxyELITE (for obvious reasons), but Amazon took those pages down.

You can also compare prices below, and sign up for price drop notifications through PricePlow:

Below is an older rant regarding Hi-Tech’s lawsuit against the FDA. This is from before the switch to 2-aminoisoheptane / DMHA

Is Hi-Tech Crazy or What? 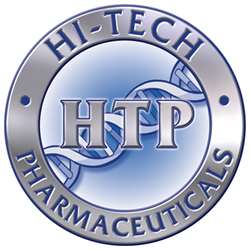 If you thought your favorite supp company had balls, then take a look at what Hi-Tech is up to…

Hi-Tech Pharmaceuticals is no stranger to drama with the FDA. They’ve been at each other’s throats for years (Hi-Tech was one of the leaders in the fight regarding ephedrine in the early 2000s).

We are mildly amused that they are manufacturing this product, and are honestly impressed with the balls it took to do this.

In fact, as we write this, Hi-Tech is suing the FDA for the right to sell it!

Hi-Tech also had some issues with the FTC, but it was their claims and lack of proper yohimbine warning that got them in hot water![23] They ended up winning that court case, with little to no updates from the media, however.

With everything said, Hi-Tech definitely has some valid points in their FDA lawsuit, which you can read in the link above. We’ll be sitting with our popcorn watching.[24]

Interestingly, they were never sent a warning letter over the stimulant, so they’re letting it rip, and consumers are loving HydroxyElite in the meantime!!!

As time has gone on throughout the course of Hi-Tech’s lawsuit against the FDA, a serious amount of evidence has shown that it is an ingredient found in nature (in geraniums). The ‘studies’ that the FDA cited to take away OxyELITE Pro were simply dishonest – so if you’re concerned about its basis in nature, read the link above, and you’ll see that it’s been found time and time again – even if in scant amounts.

So, once again, if you already liked the original OxyELITE formula, and you want something very similar, and you have a doctor’s approval and a clean bill of health, then by all means, give it as shot, and start at the lowest dosage.

But if you’re on the conservative side, then you may want to look at the other products on our best fat burners page.