Alpha Supps PUMP: Top Off Your Pre Workout with More

Posted on November 1, 2021 by Nick Andrews and Mike Roberto | 4 Comments

In an industry where companies often copy-and-paste their competitors’ work or attempt to innovate just for the sake of saying they did something different, the results can be questionable. That’s why we appreciate Alpha Supps Pump, a simple formula based on a no-nonsense, back-to-basics approach to build a stackable pre workout capsule to include some extra ingredients that aren’t in most of your powdered pre workouts. 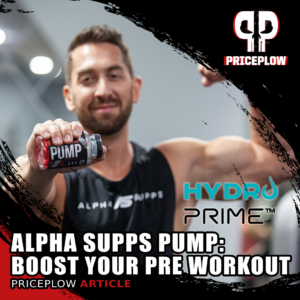 What do you add to your nitric oxide boosting pill formulas? The stuff that you don’t have in your powdered pre workout! This includes HydroPrime glycerol, arginine, and black pepper extract for better absorption!

However, it does have a couple key differentiators, including the inclusion of HydroPrime from NNB Nutrition, a proprietary form of glycerol that empowers consumers by solving a long-standing problem in the supplement industry.

Paired with L-arginine, which is staging a comeback and will pair incredibly well with the citrulline in your powdered pre workout, we’re excited to see retailers adding a but more oomph to their pre workouts. The pre workout booster is shown below, but first, find it at AlphaSuppsUSA.com:

In a four capsule serving of Pump, you get the following: 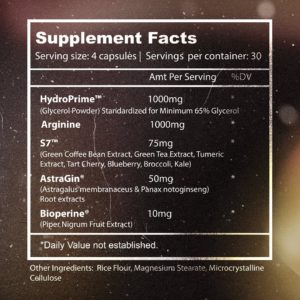 Take four capsules alongside your pre workout supplement (such as Alpha Supps Alpha Pre). If using it alone, consider anywhere from 4-8 capsules for a more impressive pump. 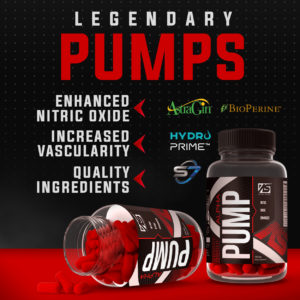 What do you put into NO pills? The stuff that’s not in your pre workout powder

Alpha Supps is a young brand made by industry veterans Alex Sims and Mike Bracewell who have incredible retail experience, and many retail connections. They’ve put together a brand that supports local business, but have taken it to international levels by expanding as far as Chile, Russia, and Dubai.

We’ve seen too many brands avoid L-arginine, glycerol, and black pepper extract in their pre-workout supplements for the reasons described above. However, they all have a great place in pre workouts — some of them just may be best suited for capsule application, even though we’re very confident in HydroPrime’s stability in powders.

As we mentioned in our earlier article on combining L-arginine with L-citrulline, you can expect to see more arginine in new pre workout supplements given 2021-2022 supply chain issues with citrulline. However, the approach Alpha Supps takes here is novel as well – put in the capsules what nobody’s putting into their powders, and you have a capsule booster that will have very little overlap with powdered pre workouts.