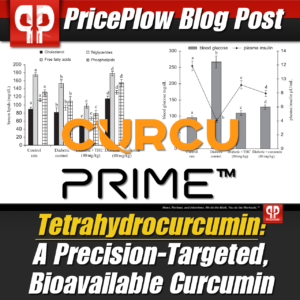 Meet Tetrahydrocurcumin: A precision-targeted, more bioavailable curcumin metabolite that is more white than yellow! You can get it from NNBNutrition.com

If there’s one ingredient that’s just as popular in the health-supplement scene as it is in the sports-supplement industry, it has to be curcumin! Although this ingredient isn’t new, and it’s been utilized in medicinal practices for centuries, research is finally starting to catch up and support once anecdotal claims surrounding curcumin’s benefits.

Regardless of whether you’re a bodybuilder, weekend warrior, marathon runner, or just a recreational lifter, it’s well known that excessive amounts of inflammation can cause a lot of problems. Though, it’s important to note that not all inflammation is bad. For example, lifting weights induces an inflammatory response in the muscles, which helps them repair and become stronger and bigger.

Another example is injuries. Inflammation is a key physiological process that must take place in order for an injury to heal properly. But, when your joints, tendons, or even your gut is chronically inflamed, that’s when it’s necessary to take action. While there are several ways to reduce inflammation, one of the most common is taking supplements that have potent anti-inflammatory effects. That brings us to curcumin.

Curcumin is an extremely popular ingredient in the supplement industry. It has a wide range of benefits, but it’s primarily used for reducing inflammation. Curcumin is the main natural polyphenol present in turmeric — a rhizomatous herbaceous plant in the ginger family.[1] It turns out that turmeric isn’t just for adding flavor to food, it also packs a host of health benefits!

Historically, Curcuma longa (commonly known as turmeric) has been used to treat a variety of health conditions, thanks to its anti-inflammatory, antioxidant, antimicrobial, anticancer, and antimutagenic properties.[1] Turmeric’s health benefits are primarily attributed to its curcumin content, which has been found to induce cellular activity and target specific signaling molecules.[1] 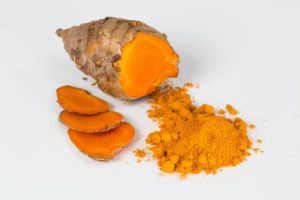 Also known as curcuma longa, turmeric is the root where we get curcumin – and ultimately tetrahydrocurcumin – from.

Despite curcumin’s so-called superpowers, the body does not absorb it very well on its own when consumed orally. Studies have shown that curcumin suffers from rapid metabolism, poor uptake, and rapid elimination, leading to overall poor bioavailability.[1] In other words, instead of utilizing all the herb has to offer, your body just gets rid of it.

One of the ways to work around this issue is by improving absorption. To do that you combine curcumin with other ingredients, like piperine from black pepper extract, which some call a curcumin complex.[1] Now, there’s a new ingredient on the block that may be a game changer when it comes to curcumin and its bioavailability issue!

NNB Nutrition, a leader in ingredient research and development, is back again… this time, introducing a potentially superior form of curcumin. CurcuPrime is a trademarked form of tetrahydrocurcumin (4-HC), a natural metabolite of the herb. It’s purported to have vastly better absorption, resulting in enhanced health benefits![2] Preliminary research suggests that tetrahydrocurcumin, compared to its curcumin counterpart, is a stronger antioxidant, more powerful blood glucose regulator, and is superior at optimizing blood lipid levels.[2]

NNB Nutrition’s CurcuPrime is a purified tetrahydrocurcumin ingredient for the precision-targeted benefits discussed above – and it’s non-staining!

Up to this point, supplement companies and contract manufacturers couldn’t get their hands on this novel ingredient. If you want to experience the power of tetrahydrocurcumin, then we recommend picking up CurcuPrime.

As tetrahydrocurcumin becomes more popular, don’t be surprised when other companies come along and use the generic forms and subpar dosages over a trademarked ingredient. Not all generic forms of supplement ingredients are low quality, but enough of them are, especially novel compounds that are difficult to source.

As more research and news comes out on CurcuPrime, this article will be updated, so make sure to subscribe below to receive notifications! If you want to learn more about tetrahydrocurcumin, check out this in-depth article, Tetrahydrocurcumin: A More Potent Alternative to Curcumin?

Tetrahdyrocurcumin is a major metabolic constituent of curcumin and it’s believed to be responsible for the compound’s benefits. From a structural standpoint, tetrahydrocurcumin is very similar to curcumin, except it has four additional hydrogen atoms.[2,3] Another key difference is the color. Curcumin is known for having a bright goldish-orange tint, whereas tetrahydrocurcumin is colorless.[2,3] 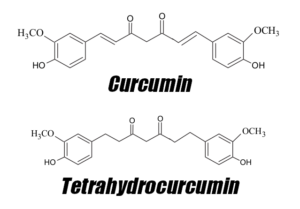 A “suped up” version of curcumin is here, and there are some excellent new benefits it brings!

This may not seem like a big deal, but for many supplement manufacturers and brands, it’s huge. Turmeric’s yellow pigment is notorious for staining fingers, clothes, walls, and anything else it touches. Interestingly, tetrahydrocurcumin was first discovered by researchers from the University of Sydney in Australia, who recorded it in scientific literature in 1978. It was coined “Curcumin’s key bioactive metabolite.”[4]

Studies note that compared to the other metabolites, tetrahydrocurcumin has some of the most potent biological activity. Tetrahydrocurcumin is also known for being more stable than curcumin because it has superior absorption and bioavailability properties. A 2014 research review from the University of Texas MD Anderson Cancer Center in Houston found that even without the presence of curcumin, tetrahydrocurcumin is stored in adipose tissue for four weeks after ingestion.[2] On that point alone, it looks like tetrahydrocurcumin is a better alternative to curcumin.

The Research on Tetrahydrocurcumin in CurcuPrime

As of writing this article, several studies have shown that CurcuPrime boasts potent antioxidant properties, promotes healthy blood glucose and blood lipid levels, and expresses the potential to support cardiovascular and liver health.[2]

Our CurcuPrime Review and Discussion

Listen to Mike, founder of PricePlow, discussing his excellent experience with this underrated ingredient:

Since tetrahydrocurcumin is a fairly new ingredient, a lot more research on humans is needed., It’s difficult to pinpoint what an optimal dose should be. However, current studies can provide context for making an educated estimate. 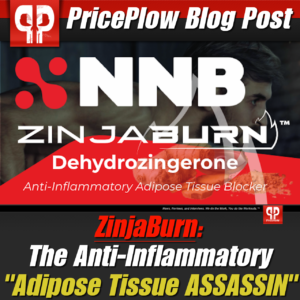 Meet ZinjaBurn from NNB Nutrition. With a similar structure to curcumin, it has anti-inflammatory effects and better bioavailability.. but its effects skew towards weight loss related benefits!

Since anti-inflammatory effects were observed with dosages as low as 20mg/kg of body weight in mice and up to 80mg/kg of body weight resulted in other benefits, such as blood glucose-regulating, lipid-lowering, and radical-scavenging effects, we estimate that between 200mg to 800mg/day is sufficient for a individual who weighs 150 to 200 pounds.

It’s important to note that the authors did not disclose the weight of the animals used in the studies, since supplement dosages depend on weight make sure to check back for updated information as more research comes out!

If you decide to try CurcuPrime, we recommend taking 200mg two times per day. It’s OK to take it on an empty stomach. For blood glucose lowering effects, then take it before a meal that contains carbohydrates. One last thing to note is that dosages as high as 400mg/kg of body weight have been used in research with no adverse effects reported.[2]

As always, before using a new supplement, talk to a qualified healthcare professional. 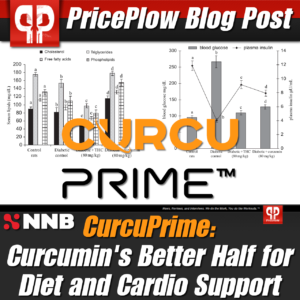 CurcuPrime: Curcumin’s better half for diet and cardio support

Our final take? Looking at the literature comparing curcumin and tetrahydrocurcumin, combining them together seems like the best of both worlds, yielding the best benefits from two different sides.

Supplement formulators looking for a “next-level form of curcumin” for the customers should consider this strategy, and combine them with some black pepper extract for enhanced absorption of the standard curcumin.

Over the past few months, we’ve noticed NNB Nutrition getting ahead in the race to develop new trademarked ingredients. Companies and consumers recognize the value of branded ingredients, especially when designed by trusted sources. While there are several ingredient developers in the industry, NNB Nutrition is one of the elite.

They drive the industry forward by sourcing the highest quality compounds available. NNB Nutrition is also known for conducting cutting edge research. Thus, they’re always two steps ahead of the competition. When you see NNB Nutrition come out with a new ingredient, you know that months of research, testing, and development went into its creation.

NNB Nutrition is the company behind some of the hottest ingredients on the market, such as patent-pending MitoBurn, CaloriBurn, and patented GlucoVantage. CurcuPrime isone of the newest additions to the lineup, but there’s a lot more to look forward to! Make sure to subscribe below so you don’t miss what’s next from NNB Nutrition!