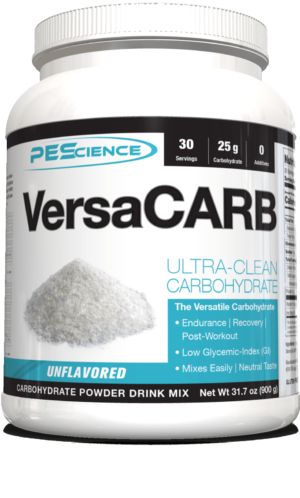 There are three macronutrients that the body needs in large quantities in order to function properly — protein, fats, and carbohydrates. Technically speaking, the body could survive off of just proteins and fats since there are no “essential” carbohydrates, but there are essential fatty acids and amino acids that must be supplied by diet and/or supplementation.

Through various metabolic processes, the body can endogenously produce carbohydrates (glucose) using other substrates (i.e. fatty acids and amino acids). However, this isn’t an ideal scenario for someone who’s looking to maximize their sports performance or body composition.

Carbohydrates may not be essential, but they can make a huge difference in someone’s ability to perform, recover, and build new muscle tissue. In fact, carbohydrates are the body’s most prioritized energy source, meaning that when they’re available, the body first uses them for fuel as opposed to fat or protein. Carbohydrates can provide the body with a quick source of energy, whereas fats and proteins take much longer.

PEScience VersaCARB: A Carbohydrate Powder for Every Athlete

Instead of formulating a carbohydrate supplement geared toward a specific activity, such as endurance sports or bodybuilding, PEScience chose to create a supplement that’s extremely versatile– hence the name. Whether you’re a CrossFit athlete, endurance athlete, weightlifter, bodybuilder, or powerlifter, VersaCARB can be used to fuel your performance or recovery before, during, or after training. 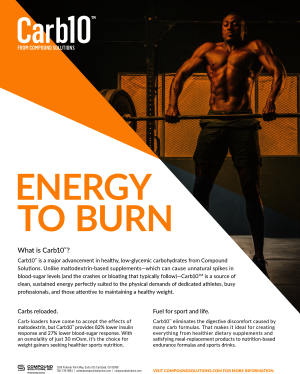 There’s only one ingredient in VersaCARB, which is Carb10, a high-amylose polysaccharide derived from Pisum sativum, more commonly known as peas. Carb10 is an ideal carbohydrate source to use peri-workout because it’s low-glycemic but has a fast gastric-emptying time. In other words, VersaCARB won’t lead to a massive spike and crash in blood glucose and insulin levels.

Moreover, Carb10 passes quickly into the large intestine rather than sitting in your stomach so it doesn’t cause bloating or stomach discomfort like other carbohydrates. PEScience knows that the last thing you want when exercising is to feel like you just ate a massive bowl of rice, which is why they use one ingredient, Carb10, in VersaCARB.

To add to its versatility, VersaCARB is gluten-free, vegan-friendly, and non-GMO. It mixes effortlessly and has a neutral taste so users can easily flavor it.

Keep reading to learn more about VersaCARB and if you want to try it out, use code PricePlow for 15% off. Subscribe below for more PEScience news, reviews, and deals. 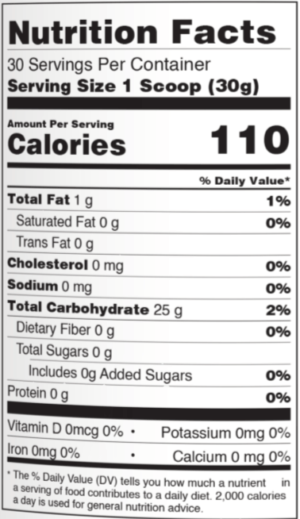 Each serving of VersaCarb contains 25 grams of carbs from Carb10.

PEScience recommends mixing one scoop of VersaCARB with 10 to 12 ounces of water, juice, or other beverage. To easily flavor VersaCARB, add in a scoop of PEScience Amino IV.

It’s important to note that some of the powder may settle to the bottom of your shaker bottle, so just be sure to shake it up every so often. Since VersaCARB is low glycemic, you can use it any time of day, but preferably before, during, or after training.

Here’s what one serving (30 grams) of VersaCARB contains:

As of the initial November 2020 launch, VersaCARB is only available as unflavored, but that may change in the future. Here’s an updated list of all available flavors for VersaCarb:

The Importance of Carbohydrates for Sports Performance

Typically, in the sports nutrition industry, there’s a much greater emphasis on protein rather than carbohydrates or fats. Everywhere you look there’s another protein powder, high protein snack, or protein bar on store shelves. Since many consumers have more difficulty consuming enough protein than carbohydrates or fats, it makes sense that brands offer more products based on that issue. 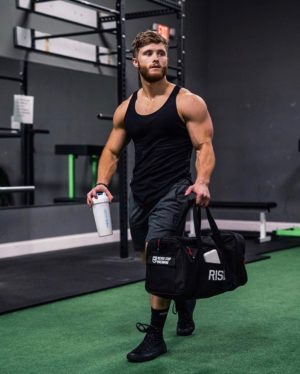 PEScience formulates supplements based on the latest research.

However, for an athlete who’s looking to maximize his or her performance, a carbohydrate supplement may provide more benefits than a protein powder. Depending on activity level and goals, consuming enough clean carbohydrates to recover and perform might be more difficult than consuming enough protein.

Some elite athletes, like professional bodybuilders, football players, or marathon runners, require an extensive amount of carbohydrates to properly fuel their activities. So having a high-quality and convenient carbohydrate supplement available for before, during, or after training could make a huge difference in someone’s performance and progress.

If you’ve tried carbohydrate powders in the past and haven’t been very impressed with the results, then perhaps it’s worth it to sample a tub of PEScience VersaCARB containing Carb10. As always, you can use code PricePlow for 15% off all PEScience supplements. Subscribe below for more PEScience news, reviews, interviews, and deals from PricePlow.