Ever since our December interview with Michael McClane of Kaged on the PricePlow Podcast, where the brand’s President announced a major rebranding effort to shift from Kaged Muscle to Kaged, we’ve seen nothing but incredible work from the industry-leading company.

Never stop evolving! See PricePlow.com/kaged to save on Kaged Supplements!

Aside from pre-workouts and protein powders, what’s next? Weight loss, of course.

Kaged already has Clean Burn, a stimulant-free fat burner, and Clean Burn Amped, a formula boosted with natural caffeine. But there was a gap in a growing sub-niche: fat burning powder. That gap has been closed with today’s incredible launch: 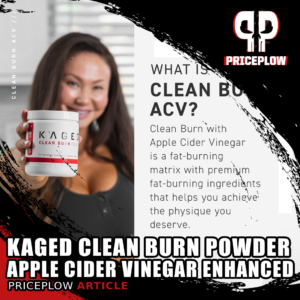 Clean Burn Powder is a completely new fat loss formula from Kaged, and it boasts cardio-friendly, fat burning benefits provided by clean energy ingredients that are non-GMO and third-party tested. In addition, it has added apple cider vinegar, which has wellness benefits that have been used for centuries and have more backing than ever by modern science.

Each scoop is boosted by 166 milligrams of naturally-sourced caffeine and 20 milligrams of CaloriBurn GP grains of paradise extract – just enough to get you going, but not too much to melt you down.

The ingredients are covered below, but first, take a look at PricePlow’s coupon-powered prices and get up on our Kaged news alerts:

In a single, 1 scoop serving of Clean Burn from Kaged, you get the following:

Don’t worry, it’s not in apple cider vinegar flavor. Kaged originally launched this in Orange Mango, but perhaps there will be more flavors into the future shown below:

Apple Cider Vinegar is the hot new thing, and modern scientific research is showing that it is worth using. Unfortunately, we see too many supplements relying on just ACV, when we know that there are so many more beneficial ingredients to support weight loss and fat oxidation. 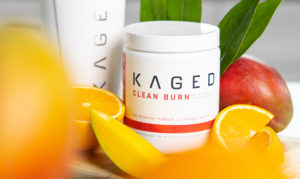 Fortunately for us, Kaged has an incredible formulator who knows that adding in L-carnitine, natural caffeine, and grains of paradise can amplify the support provided.

It’s also worth noting that Clean Burn Powder is third-party lab tested and certified to be free of banned substances, so drug-tested athletes can partake. And just like every other Kaged supplement, the brand leans mostly on natural sweeteners, although there is some supporting sucralose, which makes sense for a formula with aggressive spic ingredients like this one.

Clean Burn and Clean Burn Amped are fine weight loss pills, but more users are demanding powders, which enables greater doses of L-carnitine. Use it as a pre-workout and consider stacking it with Pre-Kaged Non-Stimulant for added pumps.

As the team at Kaged told us, 2022 is off to a great start. Sign up to see where they go from here: 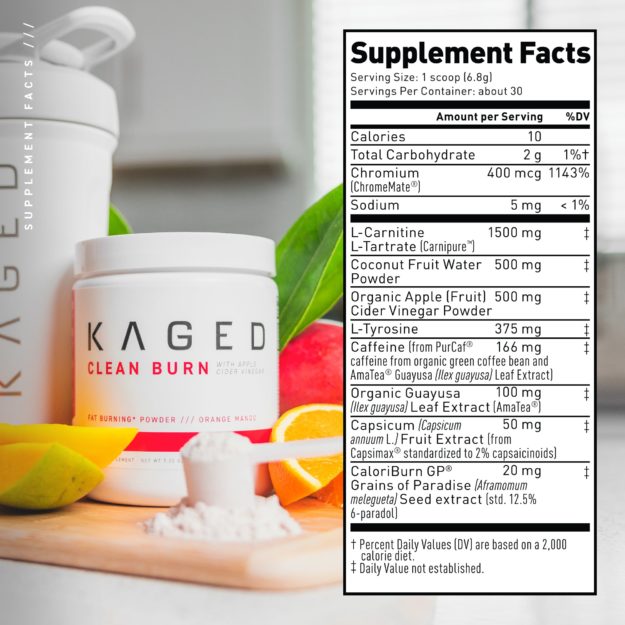 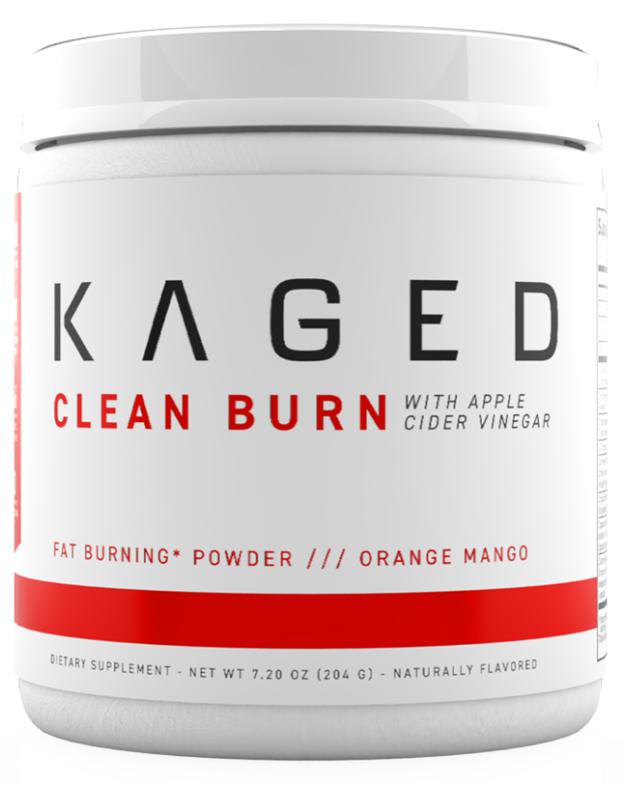