Posted on October 26, 2021 by Nick Andrews and Mike Roberto | No Comments 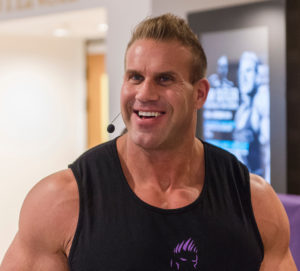 The man who needs no introduction, Jay Cutler, has a new GDA out, and it’s using GlucoVantage for superior insulin sensitivity support

Jay Cutler is a figure in the bodybuilding world who needs no introduction. Since his overall win at the 1993 Iron Bodies Invitational contest, Jay went on to multiple first place finishes at both the Arnold Classic and the world-famous Mr. Olympia competition. For years, Cutler has been developing his own line of nutritional supplements, Cutler Nutrition. The brand is targeted at bodybuilders, powerlifters, athletes, and anyone else who wants to wring, from their own body, every ounce of physical potential.

Today, we’re thrilled to discuss a product from Cutler Nutrition that can provide huge benefits to pretty much everybody’s life, even those who’ve never touched a barbell or completed a single HIIT workout. 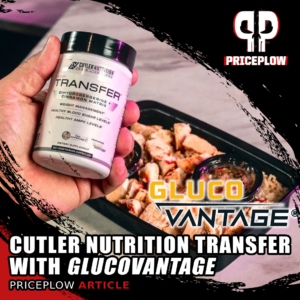 Looking for a simple yet extraordinarily effective glucose disposal agent? Then meet the GlucoVantage-powered Transfer by Jay Cutler’s Cutler Nutrition.

That product is Cutler Nutrition Transfer, the GDA (glucose disposal agent) supplement with an incredibly simple, yet unbelievably powerful formula for promoting insulin sensitivity and glucose control. It’s powered by NNB Nutrition’s GlucoVantage, which is made from a superior form of berberine known as dihydroberberine that improves insulin sensitivity.

Whether you’re an Olympian or a couch potato, whether you’re jacked and lean or looking to lose that spare tire, you’ll definitely benefit from optimizing glucose transfer (hence the name) in your own body, since it’s arguably the most fundamental metabolic process in human biology.

It’s covered below, but first, see where you can buy it and sign up for PricePlow’s NNB Nutrition news alerts so that you don’t miss another novel ingredient:

The beauty of this formula is its elegance. Transfer only contains two ingredients – that’s right, two – because they’re simply the best for the task at hand.

Let’s break them down individually, starting with the powerhouse: 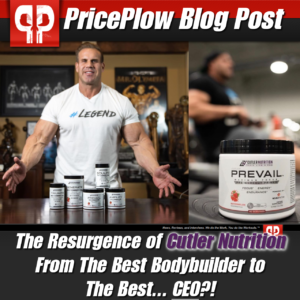 Don’t miss our article on the Resurgence of Cutler Nutrition!

This is an awesome glucose control supplement, using two of the safest and most efficacious ingredients on the market in a very manageable dose that fits into just two capsules. Cinnamon is great, but NNB’s dihydroberberine is doing the heavy lifting here, so if you need a refresher on the incredible power of berberine to improve glucose metabolism, check out our long form article on the subject linked above.

What will Mr. Olympia do next? We’re not sure, but we’re excited to find out.