Core PROSTATE: Your Lifeline to a Better Night

Posted on January 6, 2022 by Mike Roberto and Nick Andrews | No Comments

Prostate health is something that young men probably don’t think about at all, but we older, wiser, and more refined gentlemen think about it far more frequently. That’s because prostate conditions are common as we age – one third of men have benign prostate hyperplasia (BPH) by age 50, and 90% of men have it by the time they’re 85.[1] 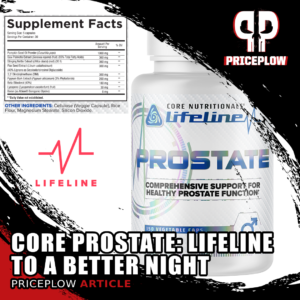 Whether you’re young and hoping to prevent prostate issues, or old and looking to manage them, we have an exciting new supplement for you to consider trying.

Jam-packed with big servings of powerful, research-tested ingredients for prostate health and overall male endocrine health, Core PROSTATE from CORE Nutritionals is formulated to keep your hormonal health optimized, and your prostate the appropriate size. This is part of the Core Lifeline Series launched towards the end of 2021, with formulas all similarly packed and uniquely designed to assist with different organ systems or goals.

Before we dig in, see PricePlow’s coupon-powered prices and sign up for our CORE Nutritionals news alerts, since they have a lot planned for the future:

This article cites several studies that relate to Benign Prostatic Hyperplasia, abbreviated as BPH. This is a condition of non-malignant growth of the prostate gland, which has become common in aging men.[2] It is not necessarily a problem until it presents symptoms, which are generally presented in the lower urinary tract. 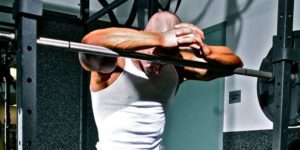 As always, dietary supplements are never intended to cure, treat, or diagnose any disease, and you must seek your doctor’s approval before starting new supplements.

However, many of the ingredients listed in this supplement have copious amounts of sound research indicating benefits as adjunct therapies alongside what your doctor recommends – which should include a anti-hyperinsulinemic diet that prevents insulin resistance (meaning a high-protein diet free of omega-6 vegetable oils and low in refined carbohydrates), since hyperglycemia and insulin resistance are highly-correlated to the incidence of these conditions.[4]

With that disclaimed, let’s get started:

In a single five capsule serving of Core Prostate from Core Nutritionals, you get the following:

The label states to take 5 capsules daily, with or without food. If you do AM/PM dosing, you could consider splitting the dose to keep the active ingredients in your plasma more often, but it’s not necessary to do that. 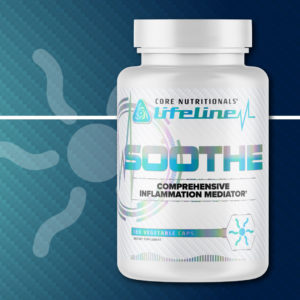 SOOTHE yourself and support your prostate while you’re at it

Core Nutritionals Prostate has a ton of well-researched and efficacious ingredients for prostate health. One of the things we love about it is it doesn’t contain anything that would be overdosed if you were to stack it with, say, a multivitamin. Another possibility is stacking it with a high-quality omega-3 supplement – which has also been shown to be beneficial for prostate health.[47]

On top of the diet that avoids insulin resistance[4] (stop using seed oils and abusing refined sugar!), prostate issues have been associated with chronic systemic inflammation in the research literature,[48] so we recommend considering a good anti-inflammatory supplement as well. To learn more about Core SOOTHE, which also launched in the Lifeline Series, read our article titled Core SOOTHE: Comprehensive Anti-Inflammatory Supplement.

Now that’s a stack for a Lifeline.