Core ABC Patriot Pop: Boost Your Workout with a Bomb

In the hype of the refreshed ‘Merica Energy cans, we almost missed on an update from one of Doug Miller’s other brands. ‘Merica Energy no doubt got the spotlight for the 2021 4th of July, but Doug and team also have something for you flavor junkies out there who love his original brand, Core Nutritionals: 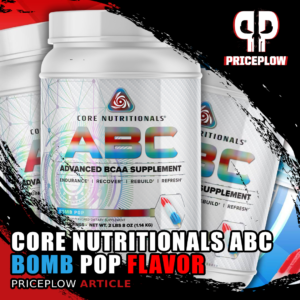 In case you missed it on the 4th of July, Core Nutritionals put out a Core ABC Patriot Pop flavor that is fantastic!

It wouldn’t be a proper 4th of July without at least a few “Patriot Pop” or “Rocket Pop” flavor launches, and in 2021, we got two from the same team. To top off the updated Freedom flavor of ‘Merica Energy, Core Nutritionals also made a Patriot Pop flavor of Core ABC, their “BCAA-plus” supplement.

Word is, this flavor is incredible.

Most of you Patriot Pop flavor aficionados know that it’s generally a mix of cherry, lemon lime, and blue raspberry, but every brand brings their own style to the table (and it often depends on the ingredients mixed in).

We get into the flavor’s details below, and briefly discuss Core ABC in general. Just “after a word from our sponsors” where you can check our PricePlow-powered deals and sign up for Core Nutritionals news alerts: 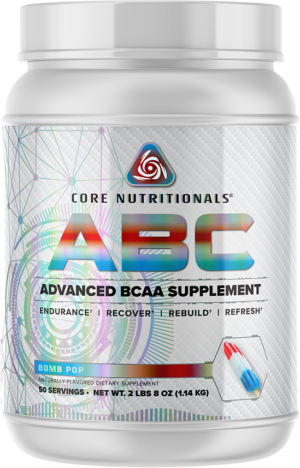 There are a few ways to play Patriot Pop, but here’s what we got from the new Core ABC:

Core ABC is a BCAA supplement with a few add-on ingredients. It’s generally used as an intra workout supplement, especially with cardio. Over the years, we’ve come to agree that standalone BCAAs (leucine, isoleucine, and valine) have some anti-catabolic[1-3] and fatigue-fighting[4-6] benefits, but if looking to build new muscle, they alone won’t be enough.

As long as that’s understood and we’re not relying on them for our dietary protein (this is where fish, steak, chicken, and eggs come in), then we’re all for drinking some BCAAs when training or doing cardio. Especially when there are other add-ons to amplify your pre workout, like we have below in this 50 serving tub:

Overall, this is what we call a “BCAA+” style supplement. If you want to take it to the next level, then check out the more intensely-formulated Core Intra, but Core ABC is definitely more than just a BCAA.

There are a lot of them! 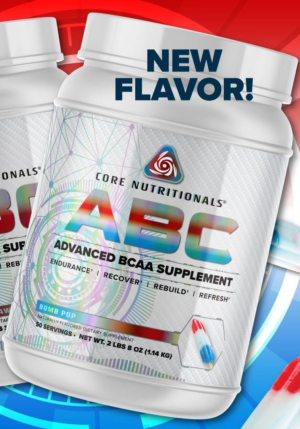 We don’t know much about the rest of them, but this one is for real

A Patriot Pop you can drink anytime 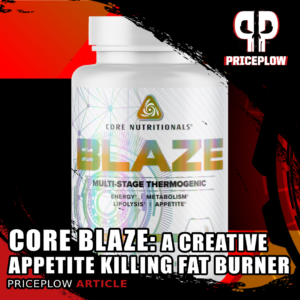 Don’t get us wrong, we’re extremely excited for the Freedom flavor of ‘Merica Energy that was relaunched on the 4th. But despite how we all gloat on social media, we can’t always drink that — especially during a workout when we just had 375 milligrams of caffeine from two scoops of Core Fury.

So sometimes you want the flavor system without the stims… and if you’re going to drink it, you might as well boost your beta alanine intake to get carnosine saturation up, and snag a touch more nitric oxide from the citrulline.

This is a well-dosed BCAA supplement, but it’s still a BCAA. If you need more, Core Intra will be here for you. Until then, enjoy the Patriot Pop and the extra endurance it brings.