Bodybuilding.com is bringing back their advanced pre workout Scream and it’s quite the formula!

Bodybuilding.com is one of the OG’s in the fitness industry — they’ve been around for years and several big names became who they are today with the help of this legacy brand. Known for their massive collection of articles on nutrition, training, and supplementation, “BBcom” really became a driving force behind the growth of health and fitness.

They partner with some of the hottest brands in the industry, such as Kaged Muscle and NutraBio, to give consumers the best deals on effective supplements. But besides featuring all of the biggest brands, over the years, Bodybuilding.com has developed its own line of products that quickly became best sellers. In the early days, Bodybuilding.com had two exclusive collections of supplements, the Foundation Series and the Platinum Series. 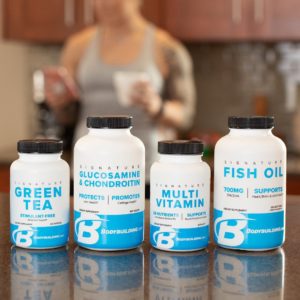 As the name implies, the Foundation Series featured the essential supplements like fish oil, multivitamins, and protein. It didn’t have any “advanced” formulas or cutting-edge ingredients. But it was basic, less expensive, and worked for many consumers.

But Bodybuilding.com didn’t stop there, they also created the Platinum Series for the more ‘serious’ consumer. It included advanced formulas, innovative ingredients, and was a bit more expensive. For the serious gym-goer, competitor, or fitness junkie, it was just what they were looking for – and nearly everyone trusts the strict compliance team at Bodybuilding. This kept Bodybuilding.com running strong for several years.

Bodybuilding.com: A Fresh Start in the 2020s

However, the supplement industry has changed drastically over the years, so in order to stay relevant, Bodybuilding.com has continued to make adjustments. They began focusing on their own product line a lot more recently. Some companies make deals with huge “celebrity” names outside of the fitness industry, while others are using patented ingredients to beef up their products. Anything they can do to stay on the forefront of consumers’ minds, companies will do it.

In order to adapt, Bodybuilding.com decided it was time to go back to their roots and focus on what they do best, providing valuable information along with effective products that guarantee results. A few years ago, they decided it was time for a fresh start, thus they rebranded the Foundation series and gave it a completely different name. It’s now called the Signature Series and that’s really taken off since its release.

Scream Makes A Comeback – Under the Advanced Series 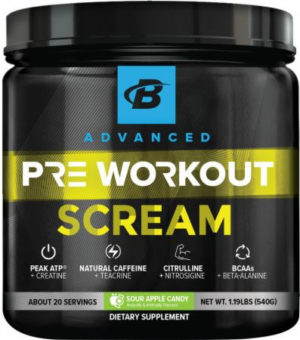 Bodybuilding.com’s Advanced Pre Workout Scream is back and better than ever!

Now, you’re probably wondering, what happened to the Platinum Series, was it just left behind? Until recently, we wouldn’t have an answer for you, because it seemed like the Signature Series was doing so well, why add another line of products? To our surprise, Bodybuilding.com announced the return of the Platinum series’ flagship pre workout Scream, but this time under a different brand, BBcom Advanced. It also has a revamped look, but what’s more exciting to PricePlow is the tweaks they made to the formula.

That’s what really makes this product stand out! It’s not very often that you’ll see a Bodybuilding.com product on the blog, but when we see a formula that has a transparent label, with clinical dosages of trademarked ingredients, such as Nitrosigine, we can’t help but tell you about it.

In this post, we’re going to highlight the key changes made to Scream’s original formula, to show you how this pre workout will deliver unmatched results. But before we do make sure to subscribe down below, so you never have to pay full retail price on any supplement. And you get access to exclusive news, reviews, and interviews from some of the top brands in the industry! 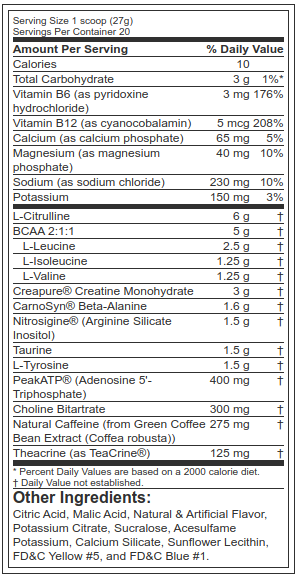 A new and improved formula with a transparent label and full clinical dosages!

When Scream first launched years ago, it was one of the first fully transparent and comprehensive pre workouts available. But now that the industry has caught up, newer ingredients have entered the market, and more research has been conducted. So now’s the perfect time to add a few things that will make Scream stand out once again!

Needless to say Bodybuilding.com went all out, by using several trademarked ingredients, such as Nitrosigine, Peak ATP, and TeaCrine. The serving size is nearly 30g, so if that doesn’t tell you that this is an all-in-one pre workout, then we’re not sure what else will. It’s got everything you need to boost your energy, power, strength, and overall performance, while also giving you an extreme pump. This formula update is definitely worth writing a full ingredient analysis on, so let’s get to it!

One serving (27g) of Scream packs:

Bodybuilding.com is a true industry veteran, so they know the importance of flavoring. It’ll be interesting to see how they attacked such a strong dose of straight theacrine, so we’re ready to make the dive!

Scream Returns Better Than Ever!

When Bodybuilding.com first announced the return of Scream, we didn’t quite know what to expect. But after analyzing the formula, we can tell they mean business. With the additions of several patented and trademarked ingredients, such as Nitrosigine and Peak ATP — both at clinical dosages — it’s nearly guaranteed to get you results. They updated the formula in a massive way and it will be a strong competitor against some of the most popular pre workouts on the market! 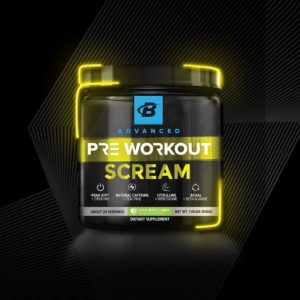 Scream returns, but what’s next for the Advanced Series?

We’re not sure what else will come next for the Advanced Series, but we really hope to see more products built to the same standards as Scream. This pre workout is loaded to the brim and it’s great to see them partnering with big names in the ingredient development side of things, like Nutrition 21. It shows that they’re more dedicated than ever to ensure you’re getting a high quality, pure, safe, and effective product.

PricePlow believes that’s what every company should strive for. In the end, you get a better supplement, and the industry sets higher quality standards, so it’s a win-win situation for everyone involved. The Signature Series seems to be doing phenomenal, but there’s definitely a large consumer base that’s looking for an extra edge. If they continue to add to the series with more well formulated products, PricePlow will be sure to let you know, so stay tuned!