Posted on May 4, 2022 by Mike Roberto and Nick Andrews | No Comments

The legend of Rich Piana is back, and this time his brand 5% Nutrition is doing exactly what they should be — bringing more pumps to your workout! Expanding the 5% Core Line, the team has another way to naturally boost nitric oxide production: 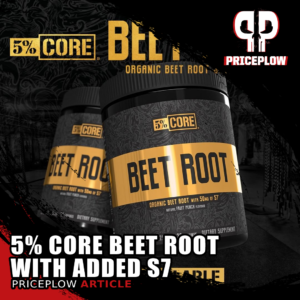 Like most other products from their Core Series, 5% is taking a dual-ingredient approach, going with a naturally-sourced, synergistic blend that’s above and beyond other beet root extracts.

In this case, each scoop has 6 grams of nitric oxide boosting beet root powder boosted by a 50 milligram dose of S7, which contains 7 antioxidant ingredients shown to improve nitric oxide bioavailability.

Altogether, this means more pumps (and lower blood pressure), which can help you perform and feel better in and out of the gym. Keeping things natty, it’s naturally flavored and naturally sweetened with monk fruit and stevia.

Below, we take the deep drive into beet root, its main constituents, and why they’re so beneficial for health:

In a single 1-scoop serving of Core Beet Root from 5% Nutrition, you get the following: 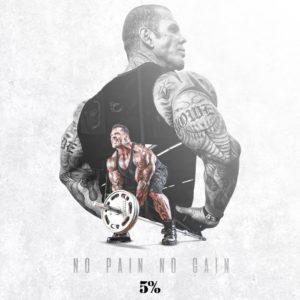 Note that this formula brings 4.5 grams of carbohydrates inside, which certainly won’t hurt the pumps either!

5% Nutrition has done a great job of continuing their Core line, which nearly always has just a bit more than single-ingredient formulas. Their pairings have consistently made sense, boosting like-minded ingredients so that you get more than what you think you’re getting.

In this case, we have a “traditional” nitric oxide booster, with a more novel nitric oxide bioavailability enhancer. It makes sense, and is a pair of ingredients not found in many of the other Rich Piana workouts at 5% Nutrition.