Ubervita W700: The Amazon Rip of the Century 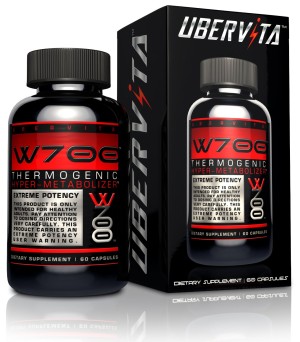 Ubervita’s W700 capsules are really popular on Amazon… but this product has been implicated in some serious fake review allegations. Does the product really work?

The Ubervita W700 fat burner caught our attention long ago because it’s been tearing up the sales charts on Amazon — last time we checked, it’s #3 overall in the “fat burner” category, #5 for “appetite suppressants” and the #9 overall nutritional supplement on the site as we write this.

It’s also got over 10,000 customer reviews (many of which are allegedly fake reviews, which we’ll get into later), and is holding steady with a 4-star rating even after all that traffic.

After analyzing the ingredient profile — at least, to what extent we could, since it’s a terribly proprietary blend — we simply don’t understand what all the fuss is about, and have a lot of warnings to issue to the end-users. It’s headlined by caffeine, of course, and beyond that it’s a smattering of actual effective ingredients and popular Dr. Oz stuff that doesn’t have good science backing it.

An Impossible-to-Analyze Label… with Cheap Ingredients

It’s impossible to tell how effective the product is, because there’s no dosage information for individual ingredients whatsoever. Even knowing how much caffeine there is would help tremendously, but we don’t even get that much from Ubervita.

In short, Ubervita W700 is a testament to how a company can make serious amounts of cash through proper (ie scammy/scummy) Amazon Marketing. And while it’s not necessarily bad, there’s definitely a whole lot of better fat burners out there.

To analyze this, let’s do a quick look-over of the ingredients to tease out what we can. Put simply, from what we’re seeing here, it’s hard to square them up with all of the rave reviews and advertising claims. Something is clearly amiss here, and we urge you to do your homework before buying this.

The Ubervita W700 Ingredients: WTF is this awful proprietary blend?!

All of the ingredients are in a measly 468mg proprietary blend, which is on the light side even for a prop blend (many capsules can hold up to around 700-750mg of powder inside). They’re presented here in the order they are on the label.

Note the differences between pills and powder

It’s important to note that the labels for the capsules (which we’re reviewing here) and the W700 powder are very different. The powder contains less ingredients and they are in a different label order; the asking price for the powder is also significantly higher.

We’re talking about the pills here. 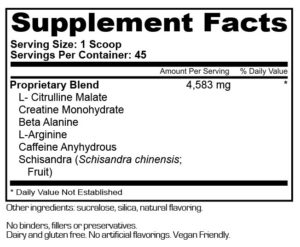 There’s just no way the numbers on this product shake out to anything so revolutionary that it should be outselling almost every other fat burner on Amazon. It’s either half caffeine pill and virtual dustings of every other ingredient … or the dose of caffeine is relatively low, but most of the other ingredients still can’t possibly be dosed at known effective levels.

At best, the schisandra is providing a little bit of an “adaptogenic” mood boost. That’s fine, but it has literally nothing to do with weight loss.

So why is this so popular? We’ve got a few theories.

Amazon needs to investigate this

Amazon is literally embarrassing themselves by allowing this product to stay on their website.

Given that they’ve recently sued fake review services, maybe they should consider cleaning up their own site in the process. And it would start with the products with the most allegedly fake reviews – this one right here.

If Amazon wants to be a player in this industry (which they have shown that they do), they need to investigate this turd and take appropriate action.

And for you consumers, you really need to think twice before buying it.

The best thing we can say about it at this point is that it’s cheap to experiment with at only $20 a bottle, but you could probably just get a $5 bottle of caffeine pills and some bulk schisandra and feel it for yourself. But we just can’t see it doing anything but giving you the same caffeine rush a coffee with a double espresso shot would … or some even cheaper caffeine pills.

Instead, check out our best fat burner buyer’s guide, where we walk you through a series of questions and find something that’s suited towards your needs, whatever they may be!