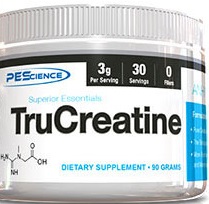 TruCreatine is the newest addition to PES’ Superior Essentials line of enhanced basic ingredients every athlete or bodybuilder should have.

PEScience made headlines a couple months back when they announced their Superior Essentials line. This new line of products from PES would be the tried and true basic ingredients every athlete or bodybuilder needs.

However, PES isn’t just about the basics. These essentials were going to be slightly “upgraded” or“enhanced”. The first entry in the series was Forskolin-95+, which paired Coleus Forskohlii alongside Hemerocallis Fulva Extract.

PES recently revealed the latest additional to the Superior Essentials line with TruCreatine.

We cover the new product down below, but first check the best deal and sign up for price drop alerts:

Although the label hasn’t been revealed for TruCreatine yet, we do know what the product contains. While Forskolin-95+ included Forskolin plus a bonus ingredient to increase the effectiveness, TruCreatine is what it says it is: pure unadulterated creatine.

Once it hits stores, TruCreatine will come in 30 serving tubs, giving you a month’s worth of creatine that you can mix into your pre workout, post workout, or morning coffee. No flavors have been announced for the product, so for the time being it’s safe to assume it will be unflavored. 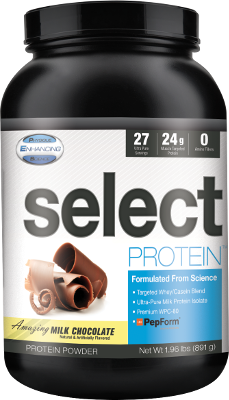 Perhaps there will be a new pre workout from PES someday to mix this with?!

It took just over three months for PES to expand its Superior Essentials line. TruCreatine is the bare essentials. It offers creatine and little else, making us wonder why such a delay for such a basic product. Unless there’s more to this than they’ve revealed, TruCreatine looks like just a way for PES to “round out” the product line.

It’ll come down to price

We have no doubt the quality will be fine, but creatine quality isn’t currently the biggest concern since the ingredient is so cheap. So as far as we’re concerned, we’re just hoping for a low price.

For an example of a competitor, USPLabs Modern Creatine is currently for sale for $17, but we’ve seen it as low as $9.90, and that also comes with 2.5g betaine.

So to be completely honest, we’re going to want this in the sub-$10 range in order to compete with so many other creatine supplements out there — especially the low-cost bulk creatine monohydrate powders.

Hopefully, the next product (TruZMA) will offer a little more be worth the purchase – or will also come at an extremely low price.