Premier Protein LAWSUIT Settlement: Get Up to $40 Back!

The lawsuit settlement page is live! Click the bolded link below in order to claim benefits

Cutting to the chase, let’s get you to the settlement (and be sure to share this with friends who you know have bought these products):

More explanation is below, but if you’d rather watch and listen than read, check out the video and subscribe to our YouTube channel, since another big one’s about to drop:

In August of 2017, a class-action lawsuit was filed against the Premier Nutrition Corporation, the company that makes not only Premier Protein Shakes and Bars, but also PowerBar, Supreme Protein, and Joint Juice.

The lawsuit (linked above) alleges that the Premier Protein Ready-to-Drink (RTD) Shakes were shown to only contain between 26.9g and 28.34g protein, not the 30g specified on the label.

They provided lab tests to show this — one such lab test is below: 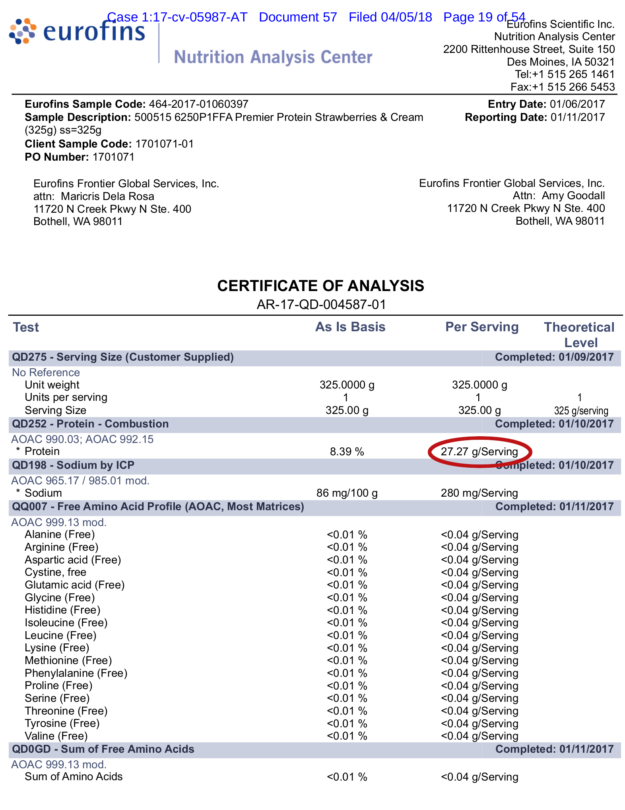 One of several lab tests shown in the legal complaint. This one tested out at 27.27g rather than 30g. Note that there was no amino acid spiking! 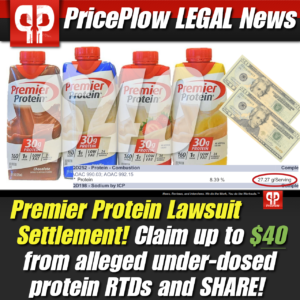 The Premier Protein Lawsuit has been settled, and that means customers who bought these RTDs can claim up to $40 in benefits!

If the Court approves the Proposed Settlement in early 2019, it will be finalized and customers who have been added to the class will receive their benefits in the mail.

Important to note is that this is not an amino acid spiking scam — as you can see in the lab tests, no free form amino acids were added to the product. It is simply based upon allegations of under-dosed protein.

Is less than 10% under spec illegal though?

Despite our leniency on our YouTube channel, the answer to that question is yes.

Protein powders and protein shakes are not truly “natural” products. This isn’t something like milk that can vary — the protein blend in those Premier Protein blends don’t just come out of cows.

Instead, the protein is fortified, and that makes it a Class I Nutrient.

According to the FDA’s Guidance for Nutritional Labeling:[1]

(i) Class I. Added nutrients in fortified or fabricated foods;

(i) Class I vitamin, mineral, protein, dietary fiber, or potassium. The nutrient content of the composite is at least equal to the value for that nutrient declared on the label. 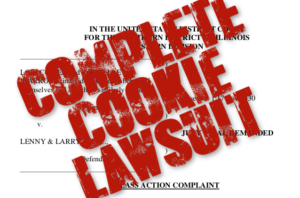 UP NEXT. Stay tuned.

Since protein is added / fortified in this food, which is indeed fabricated, it applies here… and it applies to every protein powder you’ve ever bought, unless they found some magical cows that are lactating pure protein powder!

If you believe you deserve Settlement Benefits, you can click the links posted above to get added to the Class and wait. You can also get involved and leave comments or even show up in court if you believe the Proposed Settlement is too big or too small!

Until then, you should definitely sign up for our protein news alerts below, because the Lenny and Larry’s Lawsuit Settlement is coming soon. Stay tuned.