MusclePharm is Back to Quarterly GROWTH (2018) – Where to Go Now? 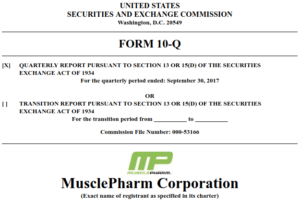 MusclePharm’s 2018 Q1 report shows that they may finally be bouncing back from ‘rock bottom’ status. How good is this Drexler guy?!

MusclePharm has taken some hits over the years, but the company seems to have hit “rock bottom” and is now possibly on an upward trajectory! The company’s Q1 reports from 2018 seem to suggest the sports nutrition giant may slowly be climbing back from its five year skid.

Apart from the company’s blunders in recent years (such as the SEC violations or sponsoring unsavory characters such as Johnny Manziel, Tiger Woods, and Colin Kaepernick), MusclePharm ($MSLP) has regrouped and created steady and healthy financial growth in the early parts of 2018.

When we say “regrouped” we aren’t suggesting that MP has climbed back to its level of success from 2010 to 2013, but the company finally itself with a quarter-over-quarter improvement from 2017 to 2018.

Below we deciphered some of the good news for #MPNation:

Where does #MPNation go from here?

In order to appreciate where MusclePharm is, it might help to see where it has been. This graph gives us an idea of how well the company was doing four to five years ago:

MusclePharm has fallen far from its previous years of glory, but it seems to have stopped the bleeding for now.

Coincidentally those high points are from the same time range as when MusclePharm partnered with Arnold Schwarzenegger before he terminated the contract.

The Bigger They Are, The Harder They Fall.

A former titan of sports nutrition, MusclePharm dropped the ball a few times and there is no doubt its over-extension and inability to calm the chaos led to the company’s fall. When the world discovered that the Arnold Series protein powders may not have been of “Arnold” quality (to say the least), it left a horrible taste in everyone’s mouth. 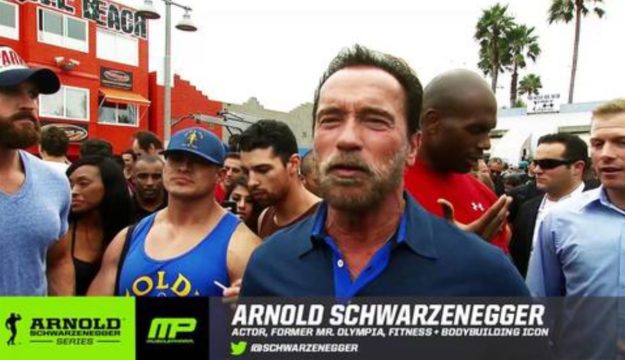 Once a cornerstone to the company’s go-to-market strategy, Arnold had no interest in resigning with the company that did no favors to his name.

The Arnold line of products was extremely upsetting to the community, and gave the greatest name in bodybuilding an association so badly that we don’t ever expect him to want to deal with the supplement industry again – a black eye on us all.

MusclePharm faced backlash for its poor quality supplements as consumers realized they were being scammed. Fans argued that in no world should the greatest bodybuilder of all time be linked to a protein that is loaded with taurine and glycine. Arnold agreed, and the world was put on notice when he left the company after three years. At that point, it was clear the brand was already headed towards a freefall – one that may have just landed from.

But what’s this Natural Series business?

A very early banner of the “Nature Sport” series by MusclePharm that ended up materializing into their MP Natural Series. What happened to “Nature Sport”?

Fast forward to 2016 and MP launched its “Natural Series” to attack a new niche, and save face for investors. Finally launching after numerous delays, the product line never took off and was by all accounts a blunder from an outsider’s perspective.

Many wondered what they’d Although the company caught the wave for naturally-sweetened products early, the brand itself had zero (if not negative) credibility in that segment, and they should have opted to run it under a completely different brand name – something they still should consider to this day.

How is MusclePharm Recovering and Moving Forward? Enter “Legacy” Status:

MusclePharm has and will continue to improve a few areas as the driving force behind the company’s growth.

The company recently reformulated its bars for the second time, after backlash from the previous version, and the reception seems to be quite positive. Also, by pushing its products into grocers and wholesale clubs, the company also has an advantage on the “grab and go” corner of the market that doesn’t rely on as much research or history cited above. 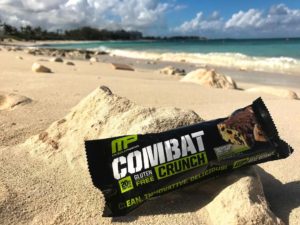 Ryan Drexler, the Chairman, President and CEO of MusclePharm, stated that the company will continue to push into solving needs of it legacy customer base and will also develop the Natural Series line. We agree with the former, but aren’t convinced the brand can successfully carry a Natural Series with the MP logo attached to it.

Financially, MusclePharm’s gross profit margin for the first quarter of 2018 was 31%, an improvement from 25% for the first quarter of 2017. They’re not yet profitable, but it looks like they’re going to get there! So financially, Drexler seems to have done the impossible, and they’re finally reasonably “alive”. The books are one thing, though, but how do you repair the brand?

So a bit of number-shifting there should be noted.

The revenue numbers over the past six years speak for themselves, and it’s unlikely the company will ever reach its former pinnacle of sales success. However, over the course of time, they were rarely ever profitable anyway! Once considered to be a Titan in the sports supplement industry, it looks like MusclePharm will have to be happy with running a respectable profit for its shareholders to claw its way back, and not use an indebted “whatever it takes” policy of sponsoring the entire MMA circuit on the backs of their investors.

Credit Drexler and the company for capping the well on what seemed like a never-ending disastrous run the last few years, but now the real challenge presents itself -earning back the trust of former customers and equally important, earn back trust from fans of the “Governator.”

If you still love MusclePharm products and want the best deal, don’t forget to use the PricePlow price tool to stay up to speed on our alerts: 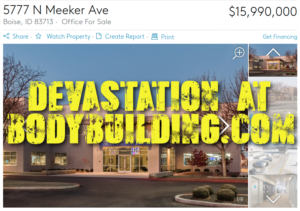 Bodybuilding.com Devastation Continues… as their HQ building is up for sale!

We’ve covered other quarterly reports so that you can keep an eye on the publicly-held sports nutrition based stores:

Notice a pattern here? Now consider that MusclePharm actually bucks the trend when it comes to the slower-moving corporate brands.