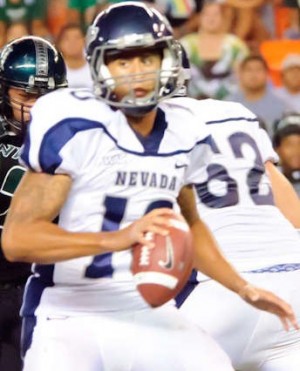 When a satisfied athlete likes it, he’s free to endorse products or even the company that made products the he likes. Not a long time ago, San Francisco 49ers Quarterback Colin Kaepernick did just that. The QB will be representing MusclePharm in several advertisements as well as appearances in media.

MusclePharm solidified the deal by announcing on March 21, 2013 that they have signed Kaepernick as a product endorser.

Kaepernick is known for his tattoos to which the NFL brass are opposed to. Still, the QB has managed to show that he’s no guy to mess with as he continues to bring his team to victory in each game. 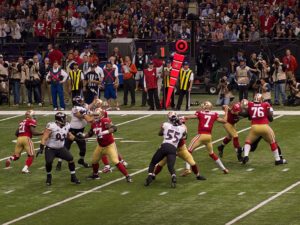 Colin at the Super Bowl

Dubbed as one of the fastest rising stars in the NFL, Kaepernick has continuously proven himself on the field ever since he got drafted in 2011. By 2012, he became a full-time starter. One of his most memorable performances to date was his record breaking 181 yard dash against the Green Bay Packers. Kaepernick also brought his team their first Super Bowl appearance since 1994.

Recently, Kaepernick revealed the reason for his phenomenal performance. “I added MusclePharm supplements to my routine at the beginning of my rookie season in the NFL. MP covers all my needs when it comes to energy, recovery and increased productivity both on and off the field. I am honored to become part of the MusclePharm team and look forward to representing their highly regarded brand.”

MusclePharm is a company that focuses on healthy lifestyle. They manufacture a lot of nutritional supplements for health enthusiasts. Their product line include supplements for building muscle, fat loss and an optimal levels of daily activities through the supplements that the company produces.

The company doesn’t just create supplements from ingredients with purported effects. Each supplement and their ingredients undergo a six stage research process to verify their efficacy. Under the eyes of leading nutritional scientists, MusclePharm has created effective and powerful supplements that athletes like Kaepernick enjoy.

The products of the company can be found in more than 110 countries. In USA alone, there are 10,500 retail outlets such as the following:

The company also sells their supplements through online websites. You can find out more from this online primer of MusclePharm from PricePlow.

The company has experienced a comfortable growth in demand in international market. Targeting countries like the Middle East, Australia, Brazil and even UK, the company had over 550% increase in gross sales compared to 2011 figures. That’s the company reported an increase from $4 million in 2011 to present $27 million.

The success of MusclePharm can be attributed to their marketing method such as signing up athletes like Colin Kaepernick and of course a solid and effective supplement line. The company has targeted multiple countries for their products and they have been received with great gusto from health enthusiasts around the globe.

Recently, the company has signed a second athlete to endorse their product. In line with their market push to Australia, MusclePharm signed Quade Cooper, Australian rugby superstar. Holding equal fame to Kaepernick, their combination will undoubtedly propel the company to one of the most popular supplement companies in the world to date. 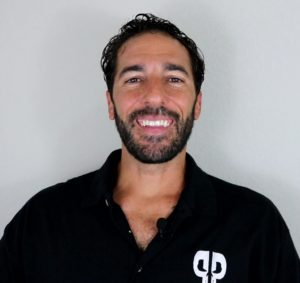