Earlier this week, GNC hosted its annual Global Conference and Franchise Show in Nashville, TN. Those who follow the industry and its magnates on social media saw several flights, videos, photo ops, and speeches posted to the feeds and stories over the past few days.

One image especially caught our eye, posted by Dan Lourenço of Ghost: 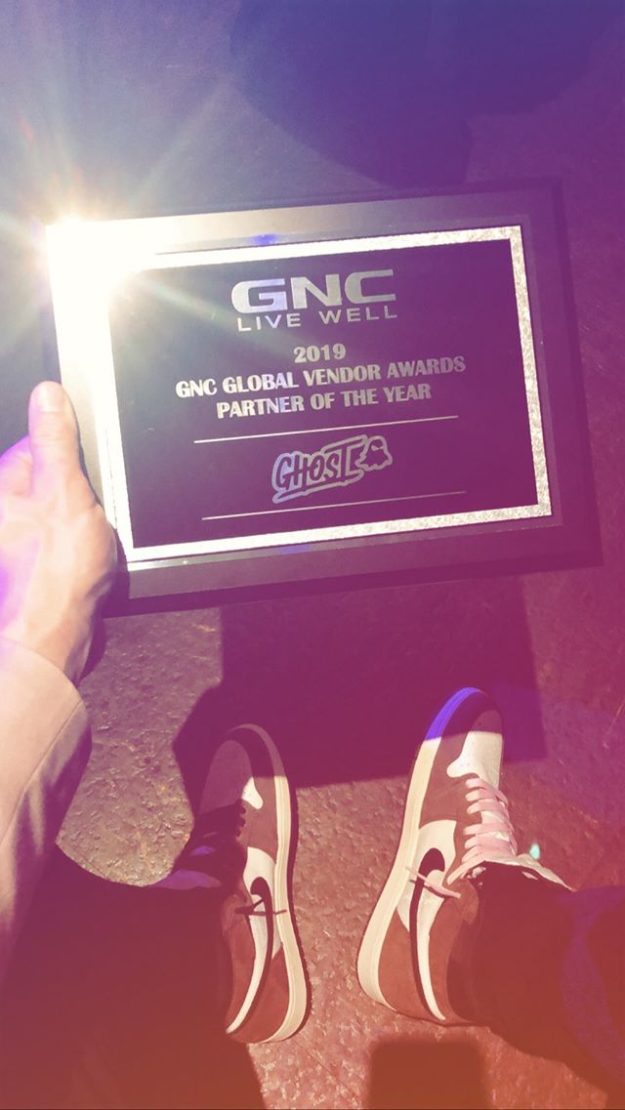 Ghost has won GNC’s 2019 Partner of the Year Award!

Ghost Wins the 2019 GNC Partner of the Year Award! 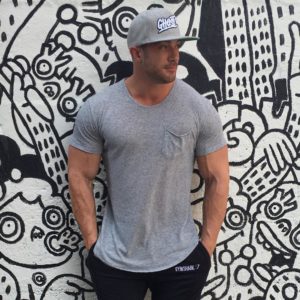 Meet the Chief Ghost, Dan Lourenco, who took this picture in 2016 before taking the brand to the stratosphere!

Dan posted the above image to his Instagram story (@DanPLourenco) — no caption needed. Very early on, Dan and Ryan made the decision to keep Ghost very simple – they’d sell only at GNC and on their own website (GhostLifestyle.com – Save 20% with coupon code PRICEPLOW!) They don’t even list their own product launches at Amazon!

While some may think this is absolutely crazy, and it’s not a model for everyone, it has always made business far simpler for the team at Ghost. And clearly, it’s strengthened the relationship with GNC who awarded it so soon – they actually won Breakout Brand of the Year just a year ago!!

Dan goes on the record

We reached out to Dan to hear a bit more, since his story post didn’t say much:

“I am truly humbled to receive Partner of the Year honors from GNC. GNC is a leader and authority in our industry and it’s been an absolute privelage to call them a partner. I’m so proud of the GHOST family’s hard work and of everything the team has done so far but it’s what we haven’t done yet that excites me the most. We’ve just scratched the surface.” 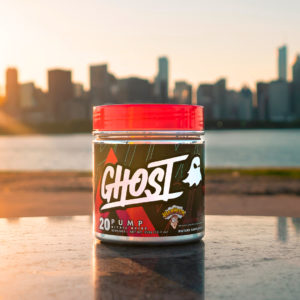 Let’s not forget about Ghost Pump either! What’s next for the brand?!

Meanwhile, when searching for info on this award, we noticed something crazy: it’s not Dan’s first time winning it! He actually represented another brand, winning the award for 2013![1] We’re not sure if that makes him the first repeat champion or not, but it’s impressive either way!

Ghost has been “quiet”… but much more is on the way

What’s odd is that despite Ghost’s incredible partnerships, which include Welch’s Grape Juice, Swedish Fish and Sour Patch Kids, and of course Sour Warheads, on top of recent releases like Ghost Burn and Ghost Amino V2, the brand has actually been quiet lately by their standards!

They even released a seasonal Coconut Ice Cream flavor of Ghost Whey (reviewed by Ben here), but that’s just the start of the 2019 pipeline!

So it sounds like you’ll need to stay tuned to PricePlow’s Ghost News alerts, because there’s a whole lot more coming. Until then, congrats to Dan and Ryan and the team at Ghost!