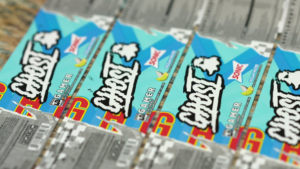 The Sonic flavors of Ghost Gamer are coming, with the first Ocean Water collab yet!

Hot off of their 2020 Supplement Brand of the Year Award, Ghost Lifestyle is firing out of the gates with an early fury in 2021. We previously covered 2021 updates to the Ghost Legend formula, and on the same day, the company also published the first episode of this year’s Building the Brand series, now in its seventh season.

It’s now available, so check out PricePlow’s coupon-powered deals and review, and then we get into the backstory and labels:

Behind the scenes pre-launch, you could see Ghost co-founder Ryan Hughes poring over the label starting at the 1:20 mark:

A bit about Ghost Gamer 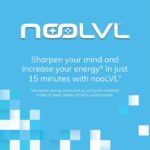 You can learn more about the supplement in our Ghost Gamer article, but the short story is that this is an energy and focus powder meant for gamers that brings 150mg caffeine in a full two-scoop serving. Caffeine is only the beginning, though, as the formula is highlighted by Nutrition21’s NooLVL, a clinically-backed blood flow ingredient that increases cognition and gaming performance — and it was tested on actual gamers playing modern video games!

Gamer also includes several other ingredients for increased focus and concentration, without too many “jittery” stimulants that would cause a crash.

Get to the top of your game with Ghost Gamer.

The popular supplement (which isn’t just for gamers – it’s often used as a general study or focus aid) is available in Sour Patch Kids Redberry, Swedish Fish, and Warheads Sour Watermelon, so it was only a matter of time before the Sonic flavors got in on the action too.

Below is an up-to-date list of Ghost Gamer flavors:

Ghost’s Sonic partnership began with the Cherry Limeade flavor of the Ghost Legend pre workout, and was then extended to Ghost Amino in Cherry Limeade. It’s a fantastic flavor system, beating all other cherry limeades we’ve tried so far.

But what of this “Ocean Water”?!

What is Ocean Water?!

“Ocean Water” is Sonic’s uniquely blue flavor that tastes a bit like a dash of blue coconut mixed in with some Sprite — but better. It was originally discussed a year ago, in January of 2020 (see S5:E15), but then went quiet… until now.

Although Cherry Limeade is a fantastic flavor, we’re confident that Ocean Water will be stealing this show.

Once again, read the details in our main Ghost Gamer and NooLVL articles, and as always, stay tuned to PricePlow and sign up for our Ghost supplement news alerts and see our coupon-powered deals below: