By: Jay Manfre, Esq.
Collins Gann McCloskey & Barry, PLLC
https://supplementcounsel.com Disclaimer: This post is for informational purposes only; not to be construed as legal advice. Attorney Advertising. 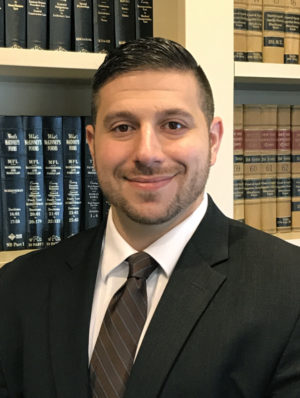 This article was written by Jay Manfre, Esq. of The Supplement Counsel. Jay is an industry legal expert on CBD and dietary supplements.

Disclaimers… don’t you just love them? It’s like saying “Steroids are legal, hurray!” …But only if you have debilitatingly low testosterone, diagnosed after taking two blood tests that were conducted before 11:00 am on an empty stomach, and your doctor prescribes them. Not very helpful.

On September 28, 2018 the Drug Enforcement Administration (DEA) issued a final order placing “certain drug products that have been approved by the Food and Drug Administration (FDA) and which contain cannabidiol (CBD) in schedule V of the Controlled Substances Act (CSA).”[1] The action taken by DEA comes as a direct response to the recent FDA approval of Epidiolex, an oral solution consisting of CBD, for the treatment of seizures associated with Lennox-Gastaut syndrome and Dravet syndrome, in patients two years of age and older.[2] Epidiolex was created by GW Pharmaceuticals, Inc., a UK-based company, who formed US-based Greenwich Biosciences, Inc. (GW) to bring Epidiolex to the US.[3] Epidiolex is the first FDA-approved drug that contains a purified drug substance derived from cannabis.[4]

Prior to the DEA announcement, CBD was a schedule I substance, which meant that under the law CBD had “no currently accepted medical use in treatment in the United States.”[5] Due to the fact that Epidiolex was approved by the FDA for the precise purpose of treating a medical condition, it was essentially just a matter of time before the DEA addressed this contradiction.

CBD isn’t a controlled substance… is it?! 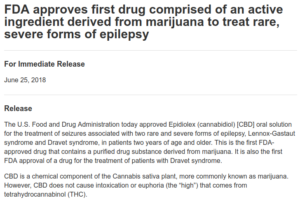 When the FDA approved CBD-based Epidiolex, it caused a legal quandary because the DEA said it had no medical value… so the DEA had to reschedule it.

At this point, some of you are probably screaming at the computer “CBD FROM HEMP IS NOT A CONTROLLED SUBSTANCE.” I get it — bear with me here as the legal and regulatory considerations surrounding CBD are complex, to say the least. Scientifically speaking, both Marijuana and Hemp come from the same species of plant, Cannabis sativa L. The difference between Marijuana and Hemp is that Hemp is typically grown to contain a much lower concentration of tetrahydrocannabinols (THC), the psychoactive constituent, and higher concentrations of other cannabinoids such as CBD. Marijuana, on the other hand, is typically grown to contain much higher levels of THC. Although Marijuana and Hemp vary greatly in this regard, the CSA defines “marihuana” as 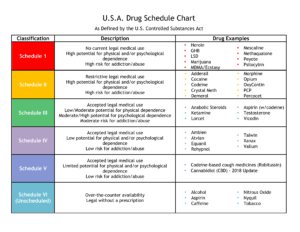 Examples of the Controlled Substance Schedules, Updated with CBD

To the DEA, there’s no difference between hemp and marijuana!

As can be seen from the definition above, the Controlled Substances Act does not distinguish between Hemp and Marijuana, nor does it distinguish between the levels of THC in either. The CSA simply accounts for the plant Cannabis sativa L. Some have made the argument that CBD is present in the parts of the Cannabis plant that are excluded from the CSA definition, such as oil from the seeds of the plant. The DEA addressed this argument and stated:

Legally speaking, hemp and marijuana are still the same as far as the DEA is concerned

— DEA Clarification of the New Drug Code (7350) for Marijuana Extract

Accordingly, based on the DEA’s view of the scientific literature, CBD is a controlled substance, unless it comes from a part of the Cannabis plant that is excluded from the CSA definition.

Who wins with the CBD rescheduling?

With all that being said, what is the significance of the rescheduling of CBD? In terms of people suffering from seizures associated with Lennox-Gastaut syndrome and Dravet syndrome, the rescheduling of CBD is a major win. Epidiolex can now be legally prescribed to children two-years of age and older in the United States. Further, this also opens the door for potential new applications for CBD in treating other types of medical conditions to be created in the future without the need to reschedule each specific new drug containing CBD.

What about CBD as dietary supplements?

However, if you are reading this blog, you are probably more concerned with what this means for dietary supplements containing CBD. The short answer is, this does not change the regulatory status of CBD as a dietary supplement.

In its final order, the DEA specifically stated, “Nothing in this order alters the requirements of the Federal Food, Drug, and Cosmetic Act that might apply to products containing CBD.”[8] When the FDA announced the approval of Epidiolex, its commissioner, Scott Gottlieb, M.D., took the time to specifically address dietary supplements containing CBD: 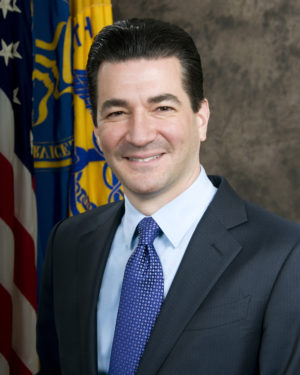 Nominated by President Donald Trump in 2017, Scott Gottlieb is the Commissioner of the FDA

“We remain concerned about the proliferation and illegal marketing of unapproved CBD-containing products with unproven medical claims… The FDA has taken recent actions against companies distributing unapproved CBD products. These products have been marketed in a variety of formulations, such as oil drops, capsules, syrups, teas, and topical lotions and creams. These companies have claimed that various CBD products could be used to treat or cure serious diseases such as cancer with no scientific evidence to support such claims.”[9]

FDA: CBD is not a supplement

The FDA’s opinion continues to be that CBD is not dietary ingredient/supplement under the Dietary Supplement Health and Education Act of 1994 (DSHEA). Under DSHEA, a dietary supplement does not include

“an article that is approved as a new drug under section 505, certified as an antibiotic under section 507, or licensed as a biologic under section 351 of the Public Health Service Act (42 U.S.C. 262), or an article authorized for investigation as a new drug, an article authorized for investigation as a new drug, antibiotic, or biological for which substantial clinical investigations have been instituted and for which the existence of such investigations has been made public, which was not before such approval, certification, licensing, or authorization marketed as a dietary supplement or as a food unless the Secretary, in the Secretary’s discretion, has issued a regulation, after notice and comment, finding that the article would be lawful under this Act.”[10]

— The Dietary Supplement Health and Education Act of 1994 (DSHEA)

Was CBD sold as a supplement before 2007? 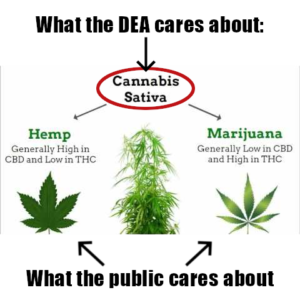 Right now, what the DEA cares about (legally speaking) and what the public cares about are not on the same page.

GW began conducting substantial clinical investigations on Epidiolex in 2007, and the drug was subsequently approved by the FDA on June 25, 2018. As a result, under the DSHEA definition above, in order for CBD to potentially be considered a dietary supplement, CBD would have had to have been marketed as a dietary supplement or food prior to GW’s clinical investigations, which began in 2007.

Is the CBD genie too far out of the bottle?

Mike Roberto, founder of PricePlow, made a “companion video” discussing what’s explained in this post:

Although the FDA has stated that CBD is not a dietary supplement under DSHEA, how will the FDA enforce against an industry that continues to grow and expand every day? The FDA has limited resources and is primarily concerned with safety. As a result, the FDA is unable to bring enforcement actions against every company that is marketing and selling CBD as a dietary supplement. Based on what we have seen thus far, it appears that FDA tends to focus its enforcement actions on companies selling CBD that make “disease claims” on its labels or websites.[12] 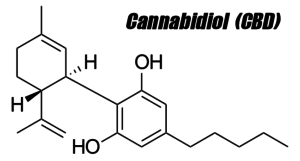 Was cannabidiol (CBD) ever sold as a supplement prior to 2007? FDA says it wasn’t.

Companies that claim its CBD product can “reduce inflammation,” “relieve pain,” or treat another medical condition are the most likely targets for an FDA warning letter or other enforcement action. In addition, we may see increased enforcement from the FDA now that GW’s Epidiolex is an approved drug. The FDA wants to encourage companies to invest the time, studies, and resources into bringing a new drug to market. If the FDA does not enforce against companies that are selling CBD as a dietary supplement, GW and other pharmaceutical companies may be less inclined to go through the expensive and time-consuming FDA approval process for future Cannabis derived drugs.

Will GW Pharmaceuticals protect its turf? 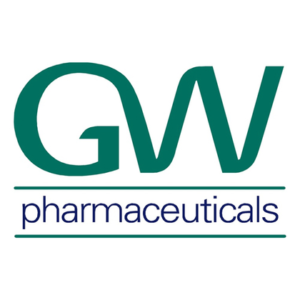 Will GW Pharmaceuticals protect the turf it fought ten years to get? It’d be silly for CBD sellers not to be prepared for such a thing… especially if they’re making claims

In addition to potential FDA enforcement, we may see GW initiate private actions against companies that are selling CBD as a dietary supplement. GW holds multiple patents relating to CBD and other Cannabinoids. In order to protect its investment, it’s possible that GW will sue dietary supplement companies in federal court. If you are a frequent reader of PricePlow, you likely have seen companies within the dietary supplement industry bring actions against other companies for violating patents. Do the GW patents only cover pure CBD compositions or do they also cover the so-called “full spectrum hemp” extracts? Additionally, do the patents only cover CBD for use in treating specific conditions rather than general health and well-being? Regardless of the specifics, it will be interesting to see how these cases play out if GW decides to bring cases based on patent infringement.

Will the approval and rescheduling of Epidiolex lead to increased enforcement or, is the Genie so far out of the bottle at this point that the growth of CBD as a dietary supplement will continue to boom? Stay tuned for more CBD updates and other industry related developments with PricePlow and the Supplement Counsel! 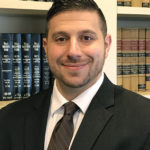