John Meadows Bodybuilding Program: The GAMMA BOMB is Out!

This program is not for beginners.

The Mountain Dog is back! PricePlow’s favorite Ohioan has finally published his long-awaited program, “The Gamma Bomb”

It’s best to hear about it from the man himself though:

We were lucky enough to interview John the day after he launched this program, so it’s best you hear him talk about it himself on the PricePlow YouTube channel:

Now let’s get to it. If you’re a serious bodybuilder, this is a can’t miss program:

What is The Gamma Bomb? 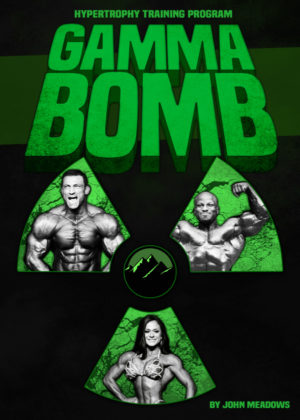 Get ready to lay waste to your muscles and rebuild them as new!

What the heck is a Gamma Bomb? Depending on who you ask, it’s either an Irish thrash metal band, a radioactive weapon designed for destruction in a certain comic book universe, or John Meadow’s secret plan for gains. Truth be told, John seems to be incorporating all three of those, given how he’s known for radioactive destruction of underperforming bodies!

“The Gamma Bomb” promises to be a program narrowly tailored to achieve maximum hypertrophy – ie. muscle tissue growth! So, what makes Gamma Bomb a superior program than the other tens of thousands of online programs designed to build muscle?

With Gamma Bomb, John applies his 20+ years of real world bodybuilding experiences alongside his certified knowledge to deliver a program that will push lifters to their limits. John knows that muscle hypertrophy is best attained through added volume. John strategically created Gamma Bomb so lifters will utilize more volume but also designed the program so that lifters will recover properly. 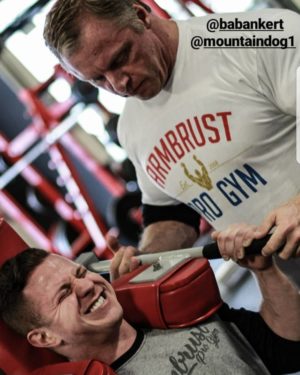 Gamma Bomb is the closest thing you can get to having John over your shoulder!

Many lifters risk “over-reaching” if they lift at a higher level than their body may allow. It can be catastrophic on a person’s central nervous system and incredibly taxing on the body if not implemented properly. John knows “over-reaching” can be utilized to maximize progress and he strategically places an over-reaching period into his Gamma Bomb program. This phase is followed by the deload week to allow the body to recover.

John includes Pro Tips throughout this program. For example, John included a tip regarding “hamstring sweeps,” stating that to maximize a hamstring sweep, lifters have to focus on leg curling movement, because that is the most effective movement to recruit the muscles responsible for the sweep. The program’s Pro Tips are golden nuggets of information for anyone. Whenever a successful bodybuilder/coach like John offers a tip, it is best to listen!

How is The Gamma Bomb’s Workout Split?

The Gamma Bomb is cut into 3 phase over a 14 week period:

John’s program calls for 5 workout sessions a week. Gamma Bomb will have lifters working every body part, every week of the program. 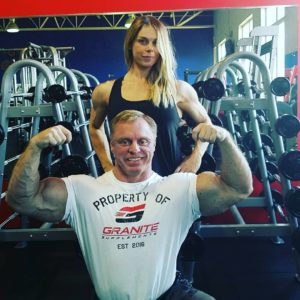 Despite our male-oriented verbiage like ‘dropping bombs’ and ‘laying radioactive waste to your muscles’, this is a program for advanced men or women!

What makes Gamma Bomb interesting is that John intentionally adds an emphasis on the upper body volume for the first 6 weeks of the program, while the final 6 weeks will emphasize leg hypertrophy.

We’ve seen programs that emphasize one body part over others, but a strict emphasis towards the upper or lower body spread over that long of a time is unique.

And let’s be honest, you know you’re excited about the upper body stuff… and once you see it work, you’ll be ready to translate it to the bottom half.

Yet if a user wants to prioritize legs over his/her upper body, John says his program is flexible enough so that users can swap the upper/lower body emphasis to either the first 6 weeks or the last 6 weeks. John’s the man like that.

An actual program for hypertrophy: blending science and hard work

It’s easy for lifters to get duped and led to believe that there may be one magical training program that is superior to others. After all, the internet has countless programs available for anyone to try and most of them are pretty worthless for the average lifter, because they have NO idea what they are doing or how to do it. Meanwhile, others are simply drugged up or genetically lucky and don’t know exactly how they became successful.

If only we could make the perfect blend of science and true grit… and we can! Enter John Meadows, founder of Granite Supplements:

On the Mountain Dog: 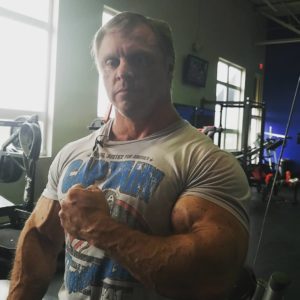 The Man. The Myth. The MOUNTAIN DOG!

Many fitness “gurus” aim to take advantage of their situation, but John is a true exception. “The Mountain Dog” is a person who carries immense respect and authority across the industry — when he speaks, people listen. More importantly, John is not going to sell fake promises to users. He knows that without perfect execution in the gym and a proper nutrition plan, even the best programs will yield poor results.

John is a certified sports nutritionist and a certified strength and conditioning coach. People travel from all over to attend John’s camps because they know it is worth the money to get just a fraction of his knowledge into their minds. Even while competing for a spot at the elite Mr. Olympia, John performed camps and seminars across the country! This guy is the real deal!

Should You Try Gamma Bomb?

John quickly points out that this program is not for beginners. The Mountain Dog has always taken a meticulous and structured approach to his programs. There is no doubt that his client competitors will confirm that his methodology works.

The Gamma Bomb is tailored towards intermediate and advanced lifters. John charges $250 for The Gamma Bomb program, but launched it for an introductory price of $199.99 to save his most dedicated customers good money.

For lifters who want to push themselves to new heights and break through physical and mental plateaus, The Gamma Bomb could be the answer. Check out John’s video explaining Gamma Bomb Training!