To the casual consumer, fat burners are intimidating and confusing. With good reason, too — 99% of them are admittedly total garbage.

There’s simply way too much noise out there, from brands using ineffective ingredients, overly dangerous formulas, or just running online marketing scams. Google’s no help either — searching for best fat burner is spammed to the high heavens.

Most products are trash… but the ones on this page aren’t.

Assumptions on your diet

If your diet isn’t in check, protein intake isn’t high enough, and/or you’re not weighing and monitoring your food, you’re effectively wasting your time.

We assume you have that handled here.These products can give you the boost you want, but they won’t do it alone.

But there’s good news: in that other 1% of products lay a hidden gold mine.

There are a number of ingredients that work to help your body burn more fat than it normally would — and when they’re mixed responsibly and effectively, you can safely get a serious yet natural boost to your metabolism.

The products discussed on this page are not going to be seen on your daytime television programs. Most of those fat burners don’t burn fat, despite their claims.

Instead, we stick to products from the sports nutrition industry, where we can find the right ingredients in doses that actually work. Not online affiliate scams that get your credit card charged every month.

The Best Burners on the Market

While PricePlow does have advertisers, our opinions here can NEVER be bought. In fact, we are the ones who choose our advertisers – not the other way around. Given the amount of non-proprietary formulas out these days, this has been made far easier than in decades past.

As full disclosure, we receive commissions from the stores listed on this page, and hope to provide you with a PRICEPLOW coupon to save you money along the way.

Note that this list is based upon a team-based decision process after several fat burner runs over the years, and our opinion is not for sale at any price. For the most part, we prefer the low-to-moderate caffeine fat burners that have extra “feel” to them.

Many fat burners in this category begin to look the same after a while, so we did our best to show a good variation of effects and profiles.

[This marks the end of the Top 10 Fat Burners *without* aggressive stimulants. You can click the back button to return, or see the more aggressive ones below.] 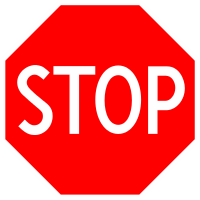 Now for some legacy content, such as an alternative fat burning method where legal: 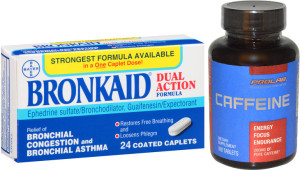 You might recognize ephedrine as the “scary” chemical that comes from ephedra and is used to make methamphetamine (you’ve seen Breaking Bad, right?), but when used in isolation with just caffeine, it happens to be extremely effective and quite safe.

In case you don’t believe us, we have nearly a dozen well-performed research studies to back that statement up. But first, a quick statement:

Since ephedrine was banned from supplements in 2004, Hi-Tech Pharmaceuticals, who sells today’s legal ephedra pills, removes the banned ephedrine alkaloids from the pills, and replaces them with other stimulants and ephedrine-like PEA alkaloids from acacia rigidula extract.

You can read the entire updated story on our massive Ephedra update post, which shows the research. Otherwise, keep reading for the EC stack:

Ephedrine stimulates lipolysis by interacting with beta-adrenergic receptors, releasing fatty acids for energy usage.[40] It’s quite thermogenic in brown fat cells[41], meaning that it significantly increases your energy expenditure as heat, and even boosts the human metabolic rate by 5%![42]

This all translates to notable amounts of weight loss – both in the short and long term, and it’s mostly due to fat loss. This has been backed up by numerous well-performed studies on top of the ones above.[40,43,44,45]

Adding some amount of caffeine (never more than 200mg at a time) is almost a no-brainer with this one: every study that’s compared ephedrine alone to ephedrine + caffeine has shown that together, caffeine and ephedrine are far more effective.[46,47,48]

What are the side effects of Ephedrine?

This is where you have some decisions to make. First, note that adding caffeine will increase side effects compared to what’s mentioned in a few of the studies cited below. Aspirin can also add its own side effects, so we don’t stack that in normally.

With those disclaimers, the good news is that when it’s used in appropriate doses, there’s actually a comforting lack of major side effects in several of the studies cited above.[47,48]

In one study, researchers reported side effects were tremor, insomnia, and dizziness, but they were short-lasting — after eight weeks, side effects reached the same levels as placebo.[48]. This was likely to the study jumping right into a slightly aggressive dosage, which is why we don’t recommend doing that in the dosage strategy below.

On top of that, another trial done on adolescents even reported it as a “safe and effective compound for the treatment of obesity in adolescents”.[49]

Opinions are mixed as to whether or not Aspirin should be added to ephedrine and caffeine (taking all three together is known as the ECA Stack).

Aspirin is added because it is a prostaglandin inhibitor, and that works to boost the effect of ephedrine (prostaglandins provide for a negative feedback mechanism that dampens ephedrine’s strength).[50]

In addition, aspirin prevents blood clotting, which is a theoretical potential side effect of ephedrine.

The issue is that aspirin adds its own slew of side effects, and the pros do not outweigh the cons for most users.

Numerous studies cited above have shown that EC works extremely well without it. Do you really need to confound the issue with added aspirin? That’s up to you, but in our opinion, our final answer is no to aspirin.

Instead of aspirin, most users opt to stack it with fish oil, which is a great supplement that we recommend regardless anyway (unless your fish intake is quite high). Fish oil contains the same anti-clotting mechanisms while not causing the same organ side effects as aspirin.

When it comes to these products, we recommend those with high DHA / high EPA levels. Some links are provided in the next section for purchasing recommendations:

How to buy the ECA Stack

We recommend beginning with a single dosage of

…just once in day 1 to assess. You can slowly working up from there and tracking your progress.

With all things considered, we prefer to peak out at this dosage, twice per day:

Aspirin, if used, is once per day and low / baby dose

Once again, if you’ve chosen to go with aspirin, use one baby aspirin (81mg) once per day. We still recommend against it in favor of a standard fish oil dosage.

The maximum scientifically-backed dosage is three times per day:

Our issue with the “max” dosage

Note that the above is the max dosage, and it has a questionable amount of caffeine, since 600mg caffeine per day is well into the bothersome side effect range for caffeine.

When reviewing the data available, recommendations from Health Canada state that 6mg per kg of bodyweight per day is a quality maximum.[51] That converts to 500mg caffeine for a standard 185lb male, and we don’t recommend going too much higher, especially if you are heavier.

Just because you’re heavier doesn’t mean your cardiovascular can handle much more, so take the recommendation above[51] with a grain of salt – it should probably be applied to lean body mass, not total mass.

Be safe, folks, and don’t ruin it for everyone else!

So why don’t I ever read about this stuff?

Although the stack sounds quite intense, all of the research cited backs up the notion that ephedrine is actually more beneficial to heart-healthy individuals than it is dangerous.

So why don’t you ever read about this anywhere?

The answer is simple: Money.

Since it’s no longer produced a supplement and is only sold as a drug (by pharmaceutical companies that really can’t make any claims using the research cited above), basically nobody stands to make much money from it. That includes us here at PricePlow.

So why would any major publication ever write about it?

That said, we’re PricePlow and we’ believe in presenting all sides. It wouldn’t be fair for us to put together a page on “Best Fat Burner” and not include a serious discussion on the EC or ECA stack.

If you are going to go this route, read the research, understand the side effects, get a full physical, talk to your doctor, get their written consent, and then and only then, start at a very low dosage.

The point being, you will get very little “corporate” support beyond that, and are a bit on your own from there.

What about “ECY”? (adding yohimbine)

They’re both thermogenic, however, and that might be too much to handle for a lot of people — especially beginners.

So if you’ve never run an “EC” stack first or you don’t know exactly what you’re capable of handling, don’t try ECY yet. Run eight weeks on EC, and then on your next cycle, you can consider a light yohimbine dosage to assess the difference.

[This marks the end of the ECA stack. You can click the back button to go back to where you came from.] Below is a list of products that are not at all proven to burn fat in humans, yet are frequently marketed to do so:

Note: if you’d like more information on these, let us know and we can put together a more in-depth post. Until then, check the sources cited!

[This marks the end of our list of ineffective / overrated ingredients. You can click the back button to go back to where you came from.]

Hi Ladies! We notice that a lot of women search for the phrase, best fat burners for women, but the results are littered with all kinds of ineffective products.

We are quite honestly not impressed by the vast, vast majority of products marketed exclusively towards females. They cost more, provide less, and use shady emotional tactics to sell them. Not our style here at PricePlow.

Soon we’ll have a separate page for women, but for now, we recommend you stick with our choose your own adventure guide or our top 10 list, except you should avoid the “ALL-OUT ENERGY” choice under the stimulant-based pills section. Those products will overwhelm most large men, let alone everyone else.

If you want to see ads of cute pink bottles with Photoshopped 21 year old fitness models on them, you came to the wrong site.

But if you want to read about some products and ingredients that actually work (and we have the research cited to back that up) — yet won’t rip you off, then head back to the top and continue through the guide. We’ll find something good for you.

End of rant (for now) – thank you for reading.

[This marks the end of our rant on fat burner marketing. You can click the back button to go back to where you came from.]

Thanks! See our other guides!

Thanks for reading! If you haven’t tried our flowchart yet, head over to our “choose your own adventure” section.

If you liked this page, then you’ll love the one for protein, Best Protein Powder Buyer’s Guide and Top 10 List or our popular Best Pre Workout Buyer’s Guide!

Thanks again for reading along – leave comments via the PricePlow forum below.