Just after our BAIBA “exercise in a pill” research, we keep finding more studies showing that you can get a boost from certain natural ingredients, when extracted properly.

Research has come up giving rise a a brand new contender for the market in Sinetrol. What is it and how does it work?

We get into the research and the supplements that contain it below. Read on to see how this new ingredient can be the “Next Big Thing” in the war on fat.

Sinetrol is a patented proprietary blend of several polyphenolic compounds extracted from a variety of citrus fruits, including red orange, grapefruit, and orange.[1] These bioactive polyphenols include naringin, hesperidin and neohesperidin thought to possess certain lipolytic properties. It also contains caffeine from guarana. 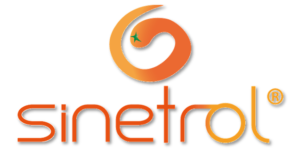 Sinetrol combines a proprietary blend of citrus extracts specifically formulated to help you shed the fat!

Citrus extracts have gained more and more recognition in the supplement world and mass media for their various health benefits. These have ranged from reducing blood pressure to treating diabetes to weight loss.[2,3] Just take a look at any of a dozen fat burners on the shelf at the store and you’re bound to find one or two citrus extracts contained on there.

Sinetrol stands a part from the pack in that it has several clinical studies on humans that validate its claims in the weight loss department.

Sinetrol will be used primarily in fat burners and weight loss products which means its benefits will include:

How does Sinetrol Work?

Let’s get scientific for a second, and then come back and explain the human research: 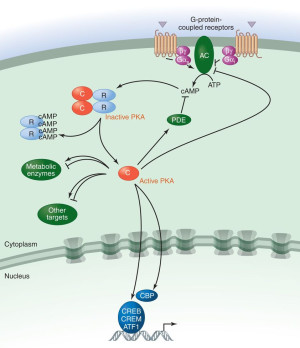 The basic gist is that inhibiting PDE4 a bit will keep your cellular energy high. Image courtesy CSH Perspectives[7]

Why is that important? Because research has shown that inhibiting PDE4 counters diet-induced obesity.[8]

Note, in case this sounds “kind of” familiar — this is very much different from PDE-5 inhibitors, which serve as ED drugs and nitric oxide boosters. Sinetrol works on PDE-4.

So far, two studies have been published on Sinetrol and its effects on weight loss. There is a third study that was recently completed, but has not been released for publication as of this writing.

Mediterranean Trim by LifeExtension is the most pure way to try Sinetrol.

Sinetrol is still pretty new on the fat burner scene, so you may have a hard time finding it, but rest assured, we did the grunt work and came up with a few options for you:

So check these out and make sure to follow PricePlow to get the best available deal!

The best practice is to follow the dosing protocol on the product you happen to purchase – and most of those products recommend 450mg twice per day, getting you to 900mg total.

Why the difference in research doses?

Between the two studies, the ingredient’s concentration changed from 1400mg/day to 900mg/day. This is what’s prompting the new studies – an extract potency improvement. The researchers have been able to get the same quantity of active compounds in a smaller version, which means easier-to-use (or less) capsules.

Who’s making this stuff and why haven’t I heard of it for so long?

The “Sinetrol XPUR” extracts used above come from a European company (headquartered in France) named Fytexia. They have a US office in New York, and our speculation is that it took some time for the International business to expand to the point where this ingredient may come closer to mainstream.

From our perspective, there’s been minimal marketing behind this ingredient, at least in the American weight loss industry circles that we typically deal with.

Note that Fytexia was behind the extract potency changes discussed above, and they have one further comment:

Safety: Any potential Side Effects?

The research so far has shown that the ingredient is safe when used as directed. Fytexia contacted us, stating the following good news for many users:

Sinetrol is formulated without Bitter orange (aka Citrus aurantium), which is known to be a risk factor for people with cardiovascular concerns. It is developed from “safe” citrus. — Fytexia spokesperson, via e-mail

We’re always on the lookout for more research, but we’ve found that it’s typically the higher-stimulant ingredients that bring more potential for side effects.

The caffeine inside of this extract is far too low to cause stimulant-related issues unless you are extremely stimulant-sensitive or have some pre-existing condition, and that is why it’s prudent to speak to your doctor before beginning any new diet or supplementation program.

As a disclaimer, we were not paid to write this post – PricePlow is an unbiased resource that maintains affiliations with the retail stores, not the brands – we were simply interested in the latest study that came out and wanted to dig in more.

Sinetrol shows some solid promise as a key ingredient in future weight loss products and fat burners that may soon be flooding the market. Keep an eye out for this ingredient in the news and on the web as it’s primed to do well once more research comes out!