Updated May 18, 2018: This post now reflects the new name, but the formula is the same as it’s always been!

Rich Piana’s REAL Carbs is about to get a lot more real for you rice fans! 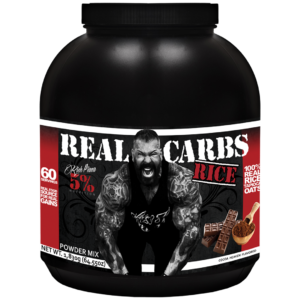 Most of Rich Piana’s fans know that was a major proponent of consuming food-based calories. But not everyone has the time to prep whole food meals 4 to 6 times per day.

That’s why Rich Piana’s 5% Nutrition launched REAL CARBS, a carb-based supplement made of sweet potatoes, oats, and yams. Mike absolutely loves it (see our Real Carbs review), but there are two major problems:

The problems with the original REAL CARBS solved with RICE

5% Nutrition solved both problems in one fell swoop — and simultaneously satisfied Rich’s love for Cocoa Krispies — with REAL CARBS RICE.

The Cocoa Heaven flavor is a chocolate carb powder sourced from a variety of whole food slow digesting carbs. If you love the idea of eating real food, but don’t want to pay for the yams, then Real Food RICE is your next carb supplement.

The details are below, but first check on the best deals, coupons, and sign up for PricePlow alerts:

If you don’t want to read everything below, then watch what Mike and CJ had to say about it back when it was titled “Real Food Rice”! (more on the name change below)

Far too often, carb powders are notoriously made from simple sugars that spike insulin and wreak havoc on your blood sugar levels. The difference with 5% Nutrition’s REAL CARBS Rice (and the original 5% REAL CARBS) is that it’s made from complex carbohydrates that have a lower impact on blood sugar and less of a chance of causing the rapid spike/crash/fat storage situation.

Everyone who knew Rich Piana knows that he was a crazy fan of his Cocoa Krisp style cereals (Pebbles included!)… But with 12g of sugar and trans fats (from partially hydrogenated vegetable oil), they’re simply not healthy for most people, even if you train hard. The last thing hardcore bodybuilders need is trans fats – no bueno for the heart there.

So the plan is to get Cocoa Heaven Real Carbs RICE to taste just like them — and word on the street is that 5% Nutrition did a fantastic job of this. Our tub is ordered and we’ll have an in-depth and close-up review soon!

One serving of the weight lifter’s cocoa krisp-esque powder weighs in at 37g and contains the following nutritional breakdown:

Why the name change?

5% Nutrition released this when they re-released the original Real Carbs product:

When Rich came up with the name REAL FOOD, we did our search online to see if that name was already taken. In our initial lookup, we did not find any products with the name REAL FOOD. However, there was an existing trademark for REAL FOOD that we were not aware of at that time. The owners of that trademark reached out to us a year ago and notified us of the infringement. They allowed us to sell through our current inventory before we would re-release it under a new name. Rich chose REAL CARBS as its new name. 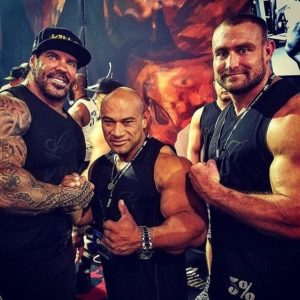 As 5-Percenters know, you gotta eat big to GROW!

Did one of our favorite supplements just get better? We’re not sure yet, but if it tastes anything like 5% is saying, then Real Carbs Rice has a chance to un-seat the other best carb supplement out there… both made by 5% Nutrition!

Today’s world is a go-go-go society that places a premium on availability, socialization, and hard work. 5-Percenters have their handle on most of that, but getting quality food when on the run is always a pain. Besides Rich Piana’s 5% Meal Plans, this is yet another solution for those of you short on time but in need of quality food.

Real Carbs RICE is yet another convenient source of nutrition that mixes easy in a shaker bottle and tastes great! If you’re going to be consuming powdered supplements multiple times per day due to hectic life schedules,having a quality option at the ready makes hitting your macros and staying on point with your diet all that much easier.

Just wait til you see the review! 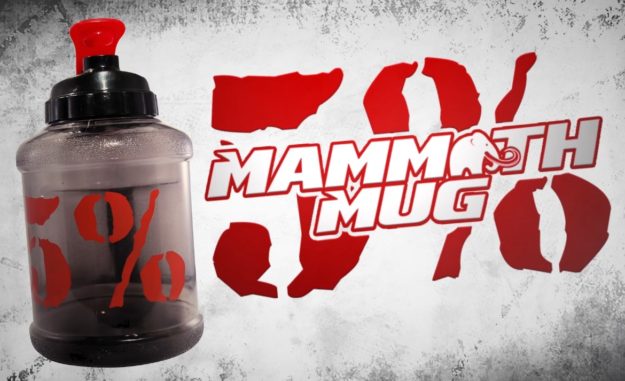 The only way to make Real Carbs RICE better? To drink it in this MAMMOTH MUG! Click the image to see all Rich Piana 5% Nutrition Supplements!