If you’ve been in the alternative health sphere for a while you’ve no doubt heard of glutathione (GSH), which we call the body’s master antioxidant.

We say GSH is the master antioxidant because it’s the most abundant[1] and one of the most powerful[2] antioxidants in the human body. But the best thing about the compound is that your body produces its own glutathione,[1] as part of its natural antioxidant defense systems.

It appears that GSH levels are a crucial factor in overall health. Controlled longevity studies are extremely difficult to do in humans, but research on simpler organisms speaks for itself. For example, studies on Saccharomyces cerevisiae, also known as brewer’s yeast, consistently show that organisms with higher GSH levels live significantly longer than those with less GSH. 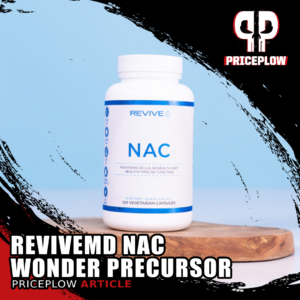 ReviveMD is out with a standalone NAC product. The much-discussed glutathione precursor has a wide-ranging array of benefits, from supporting liver function to psychological support.

In humans, GSH depletion has been associated with the onset of serious diseases ranging from dementia[3,4] to diabetes, and obesity.[5,6]

The problem is that directly supplementing with glutathione has proven to be quite a challenge. Studies have found the bioavailability of oral GSH supplements is bad enough that it’s not possible to raise GSH blood levels by swallowing pure GSH.[7]

What about special GSH supplements?

Over the years, special GSH preparations and compounds have been developed by manufacturers who claim that their process increases the oral bioavailability of the antioxidant.

While we do think that some of these GSH preparations would probably work well for most people, the high cost is a big issue.

Poor bioavailability of target molecules is a common problem in supplement science. The best way of getting around it is usually to take the precursors to that molecule instead. Oftentimes, they’re much more bioavailable than the target itself.

Fortunately, this is definitely a workable solution in the case of GSH. Research consistently shows that supplementation with GSH precursors, like cysteine and glycine, can go a long way toward restoring normal levels in people whose GSH has been depleted.[6,8]

As we’ll see when we get into the research, N-acetylcysteine (NAC) is one of the best supplements you can take if your goal is to boost GSH production.

The best part is that it’s much less expensive than designer GSH supplements – usually half the price or less based on our current market research.

Let’s do a deep dive into how NAC can benefit your health, but first, check the PricePlow news and deals: 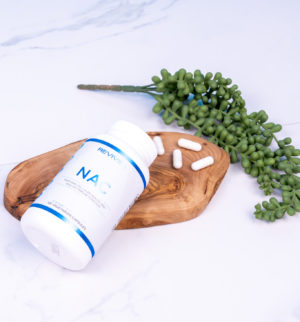 Once you understand the role of GSH in your body, it’s easy to see that your health depends immensely on keeping GSH production at appropriate levels. Again, it’s the most powerful and ubiquitous antioxidant in the body, which means it’s used for pretty much every metabolic process.

Out of control oxidative stress has been linked to rapid aging and the onset of major disease, including cancer, cardiovascular disease, respiratory disease, rheumatoid arthritis, kidney disease, and sexual dysfunction.[9]

And given that chronic systemic inflammation damages basically every tissue in the body, the potentially catastrophic results of GSH depletion are scarily apparent.

This is also, of course, a key mechanism underlying the link between GSH depletion and the metabolic and neurological diseases that we discussed in the introduction.

So if you read the following research thinking that NAC is simply too good to be true, remember that we’re dealing with a very fundamental mechanism for human health and performance – the management of oxidative stress and inflammation. This goes a long way toward explaining NAC’s extraordinary potential to improve human health.[12] 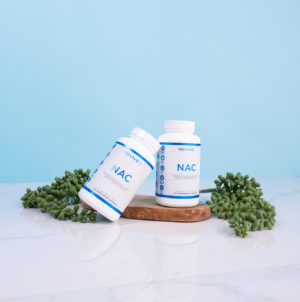 Believe it or not, everything we’ve written is really just the tip of the iceberg when it comes to NAC! Given its effect on GSH and the centrality of GSH for human cellular and bodily health, there is virtually nothing – in theory – that could not be potentially improved with proper NAC supplementation.

Of course, when the rubber meets the road, there are limitations, as we saw in the study where NAC was found to be ineffective for improving symptoms of full blown type 2 diabetes.

But if you have a stubborn problem and aren’t sure what to do about it, it’s worth bringing up NAC with your doctor to see what they think about starting you on an NAC supplement.