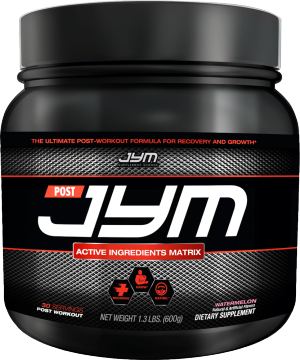 Do you believe in post-workouts? Jim Stoppani does!

The topic of the “anabolic window” or “post workout window” causes much debate.

Some people believe that it’s just “bro” science, but many believe that post workout nutrition is supported by numerous authorities.

It would take forever to cover them all, but there is one piece of research worth mentioning.[1]

It’s a comprehensive cross analysis of 85 separate studies regarding post workout nutrition, specifically, the “anabolic window”. The report was published by the Journal of the International Society of Sports Nutrition in January 2013.

The researchers who compiled it recognized that there was conflicting evidence, however, they still suggest that the majority of people can benefit from utilizing the post workout window, and Jim Stoppani agrees with his post-workout supplement, Post JYM.

The confusion comes in when you start considering things such as:

You’re more than welcome to check out the research for yourself though, there’s a link at the bottom in the references section.

The important thing to understand, however, is this:

After reviewing decades worth of research, researchers stand by the benefits of the post workout window.[1]

What are the benefits?

There are three main reasons for paying attention to the post workout window, in no specific order:

Dr. Jim Stoppani designed Post JYM to provide the benefits that I just discussed. That’s only the beginning though.

He also included a handful of potent ingredients that have been proven to dramatically improve recovery time, as well as muscle growth in general.

Let’s take a look at what Post JYM has to offer. 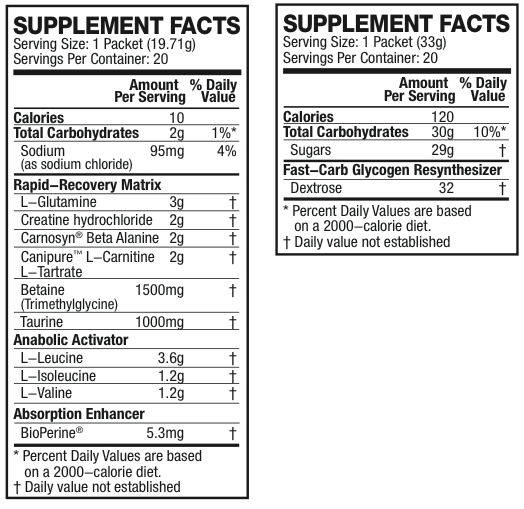 The ingredient labels – there are two because this is a two-part supplement set sold separately!

The first thing you’ll notice is that there are two ingredient panels. That’s because Post JYM is comprised of two parts.

These two components are sold separately, a change that came a few months after Post JYM was originally created, after users asked for more customizability.

It was designed like that in order to give you the option to avoid the dextrose, in case you are on a low-carb diet or don’t want sugar-based carbs after your workout.

What’s the deal with the active ingredients?

We’ll briefly explain each ingredient below.

If you’d like more detailed information you can look up specific ingredients here on PricePlow.

Alternatively, you can check out Dr. Stoppanis two-part video explanation:

We’ll keep this as basic as possible, while still relaying the main points.

Post JYM is a comprehensive formula designed to help you get the most out of your post workout window.

Like all JYM products, it’s got an open label, which boasts nice doses and no fillers. Furthermore, each ingredient has a substantial amount of science to support it.

If you want to improve your recovery time, and overall results – give Post JYM a try.

See our main JYM Post JYM page to get the best deal on it, or sign up for price drop alert notifications below:

Dr. Stoppani mentions that the two supplements are interchangeable.

If you don’t like caffeine, use Post JYM both pre and post workout. Alternatively, if you need a boost after your workout, feel free to use Pre JYM.

You can learn more about Pre JYM here.