New York Creatine Ban for Teens? Legislator Wants to Sell It Like Cigarettes

You’ve heard about disinformation news campaigns. Now you can see in real-time what happens when your local legislators react to them without doing enough research. 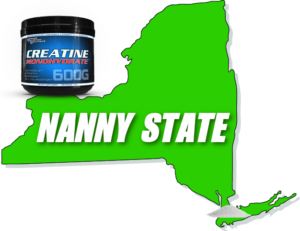 Creatine has come under fire in New York, and stores may need to start ID-ing customers under 25 or pay fines. Pictured: SNS Creatine Monohydrate (SNS was not involved in the creation of this article)

If you haven’t read what’s going on in New York, then take a minute to understand the extreme bill introduced in the New York legislature that would ban the sale of creatine to individuals under 18 years of age and penalize stores that do not check for ID from anyone who looks under the age of 25.

That’s right – the most well-studied and widely-used sports nutrition supplement outside of protein and caffeine is under attack from legislative blowhards in the Big Apple – and it’s painfully clear they haven’t done their homework.

Introduced by the Democrat assemblywoman Linda Rosenthal, Bill #A04712 seeks to ban the sale of creatine to anyone under the age of 18, and threatens financial penalties for any establishment caught in violation of the proposed law. Specifically, the bill reads:

Before going further, you should read the entire bill here — it’s not very long at all.

Where Did This Come From?!

You’re probably wondering how this whole preposterous situation even got started. Well, it turns out that a study was published in Pediatrics: Official Journal of the American Academy of Pediatrics[2] was the catalyst for all of this.

”Our objective was to determine to what extent health food stores would recommend and/or sell creatine and testosterone boosters to a 15-year-old boy customer.”

Authors of the paper used a relatively small sample size of 244 health food stores located around the US and asked sales attendants a list questions (via telephone) concerning which supplements they would recommend to a 15-year-old male high school athlete.

“health food store employees frequently recommend creatine and testosterone boosters for boy high school athletes. In response to these findings, pediatricians should inform their teenage patients, especially athletes, about safe, healthy methods to improve athletic performance and discourage them from using creatine or testosterone boosters. Retailers and state legislatures should also consider banning the sale of these products to minors.”

This singular paper is the entire reason behind the NY State Legislature’s crusade to ban creatine sales. 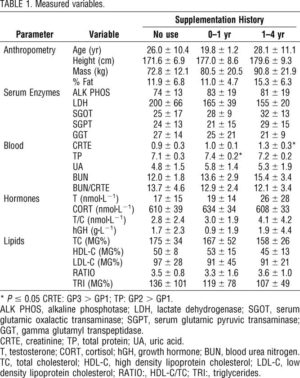 Table 1. Measured variables of groups using Creatine and those not.[4]

While it’s standard practice to suggest that supplements are for users 18 and over only, the truth is that creatine is safe and effective for nearly everyone – and that includes teenagers. It may not be politically correct to say so, but the science is simply too overwhelming at this point.

Following the introduction of the bill, Steven Mister, President & CEO of the Council for Responsible Nutrition (CRN), released a statement saying[9]:

“Dietary supplements, including creatine, can play a valuable role in supporting healthy lifestyles for people of all ages, and it is especially important for younger populations—such as adolescents and teenagers—to discuss their dietary supplement use with their parents, coaches, doctors or other healthcare practitioners. As with any supplement, creatine is intended to supplement a healthy diet in combination with other healthy habits. Creatine—or any sport supplement—is not a shortcut or a substitute for the hard work and training that is required to excel in athletics.

There is no known safety issue that would prevent healthy people from using creatine. Out of an overabundance of caution, some companies that manufacture creatine have noted on the product labels that it is not recommended for people under the age of 18. This recommendation is to encourage responsible use by its consumers; this does not suggest any safety concerns. However, extreme measures, such as putting something behind a counter, will only make a product more enticing for that specific population looking to be protected and unnecessarily limit access and availability for all consumers.” 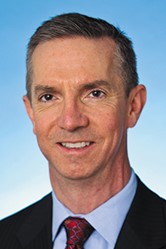 President and CEO of the Council for Responsible Nutrition (CRN), Steve Mister has been one of the loudest opponents of the NY Legislature’s recent actions.

Mister is spot on. After being mired in this research for years, the concerns about creatine are founded on nothing but disinformation. It’s to the point where the stores who didn’t recommend creatine to the 15 year olds were doing a greater disservice to the kids than those that did. That is how safe and effective creatine is.

Other organizations within the supplement industry, such as the Natural Products Association, have also spoken out against the bill and in favor of the safety of creatine.

We contacted the office of Linda Rosenthal to inquire what research she has read, if there were any specific incidences that caused this, and how she plans on enforcing this law.

It’s important to note that Rosenthal has no scientific background whatsoever – she earned a BA in History in 1980.

Suffice it to say the New York state government needs to drop this “nanny state” mentality of getting in the way of an individual’s choice to do what they please. Nowhere was this more evident than when the recently tried to ban the sale of supersized soft drinks.[10] 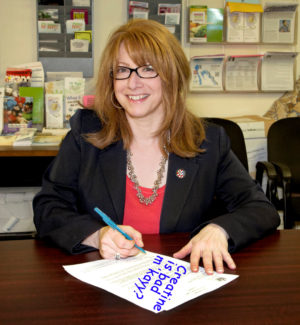 Linda Rosenthal: PLEASE read the research cited at the bottom of this page, and retract this ridiculous bill. Image courtesy Wikipedia

It’s painfully clear that Linda Rosenthal has not reviewed enough research on the subject of creatine, and is committing a knee-jerk public reaction. It is absolutely inexcusable for a person in a position of power to wield it without concern for factual, scientific knowledge. It’s time to expect more intelligent behavior from our elected leaders.

We need to get back to living in a world of personal responsibility and honest research. It’s ridiculous enough when they try to ban something like large soft drinks, but when healthy products like creatine get caught in the overbearing crosshairs of big government legislators, it’s a tragic waste of resources.

There is a serious problem when you have elites living in the Upper West Side using their power to dictate what someone in Rochester can put in their body. Now is the time to get the government out of our personal lives, and this means voting these clowns out of office. Stop wasting taxpayer funds with trivial legislation such as this and focus on making New York safe!

You can use PricePlow to compare prices on creatine or see some of our featured creatine products below: