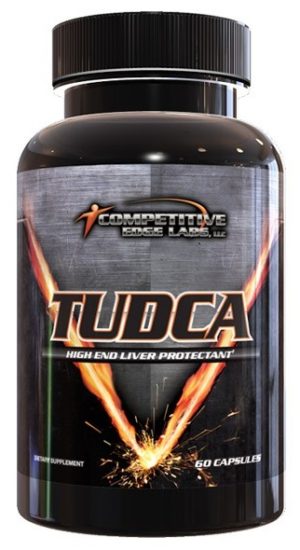 CEL TUDCA is a perfect standalone ingredient for enhancing liver function and supporting it during the most aggressive supplement cycles.

Natural or not, everyone loves to make gains. Some are content with reaping all benefits possible with their God-given genetics, while others like to really push their body’s limit beyond its normal capacity and embrace the world of hormonal muscle enhancers, such as prohormones and other anabolics.

If you’re a part of the latter category, then listen up, because today’s product is especially important for you! When stepping out of the natty muscle builder world and into the more aggressive arena, one aspect of supplementation that can’t be stressed heavily enough is liver support.

As the primary filtration unit for the body, the liver bears the brunt of virtually every single thing you put in your body, including anabolics. When running an aggressive cycle, your liver is heavily taxed and exposed to some rather nasty compounds. Due to this, cycle support and PCT are both extremely crucial in order to support, protect, and detoxify your liver and other vital organs.

One of the most trusted brands in this corner of the industry is industry is CEL, or Competitive Edge Labs, who’s provided an extremely effective and affordable option for safeguarding your most vital of organs. TUDCA is a powerful single ingredient supplement that supports your body and allows you to use the more aggressive stuff available with a clear conscience.

We’ve got all the info on TUDCA below, but first, take a moment to check the best deal and sign up for alerts from PricePlow:

There’s no laundry list of ingredients to get through here with TUDCA. Each capsule contains only one active ingredient — TUDCA! Get ready, we’re going to talk about the importance of bile now.

Note: Doses listed below are based on 1 capsule. 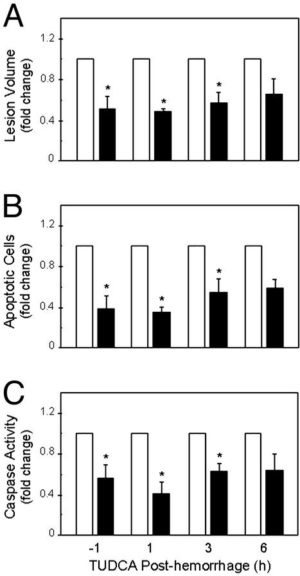 TUDCA isn’t just for your liver, it also combats apoptosis, a.k.a. cell death.[5]

TUDCA isn’t just for liver health though, it’s also been shown to:

CEL recommends consuming one capsule two times per day with food. For example, consume your first TUDCA capsule with breakfast and your second capsule with dinner.

”In the quest to gain the most impressive physiques or to maximize athletic performance, many people take oral anabolic enhancement products. These product are notoriously harsh on your liver and have been documented to cause liver failure in some people. Many androgens may also raise LDL cholesterol levels. TUDCA may help combat these effects by aiding in the production of bile. TUDCA supports bile flow to remove toxic metabolites from the liver and this can also help protect against cholestasis to ensure cholesterol metabolism. It’s a nice one-two punch – you get the potential for liver protection along with a cholesterol fighter all in one.”

Natty People Stand to Benefit Too!

CEL also mentioned that just because you’re embracing the all natural route on your way to making gains, doesn’t mean TUDCA can’t offer you some benefits as well:

”I think TUDCA is something that many people should consider as part of their general supplement regimen.

We live in a world where there are toxins everywhere – in the fair that we breathe and the food that we eat. And there are many things that people do or have done at some point in their lives that can cause a lot of stress on and damage to their livers. This can include, but is not limited to, consuming alcohol, OTC medications, prescription drugs, recreational drugs, and more. The damage and harm from these things can sometimes be immediate but often times may set the stage for long term negative effects. It amazes me sometimes that you hear people say TUDCA is too expensive to use regularly but the same person saying it often has no problem spending the same $25.00/30.00 that TUDCA would cost them per month on one night out at the bar with their friends.”

In addition to being a great solo ingredient, it also stacks perfectly with CEL’s Cycle Assist — long heralded as the premier choice for both on cycle and PCT needs. Cycle Assist provides a full complement of liver support ingredients that further enhance the effectiveness of TUDCA and offer a number of other benefits TUDCA does not!

When asked about if TUDCA was a good add-on product, CEL said:

You make joke in the gym about pushing the limits and never taking days off, but one area where there’s no messing around is with your vital organ — especially your liver! Bile doesn’t sound fun, but it’s important.

If you’re willing to dabble in the more aggressive side of muscle-builders, you better be serious about protecting yourself too. No gains are worth risking your health over, and that’s where TUDCA comes to the rescue. Tons of health benefits, liver support, and cost efficient all in one simple capsule!