If you’ve been following Ghost for a while, then you know their favorite snack is a massive bowl of cereal. And we’re not talking about plain wheat bran or unflavored oat cereals. We’re talking about the real deal cereal we all grew up with (for better or for worse!). 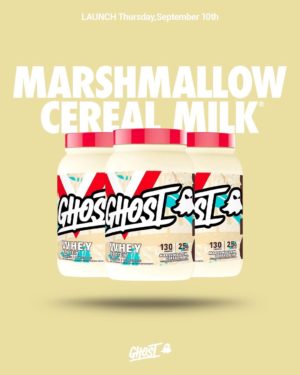 Dan and Ryan have a massive sweet tooth, so you know their top cereal picks are going to be loaded with sugar, but undeniably delicious. Although cereal is full of carbs, which could help fuel recovery and performance, it lacks one major macronutrient that’s needed for optimal gains… protein!

Fortunately, Dan and Ryan refuse to let that stop them from enjoying the taste of their childhood favorite cereals. Over the years, they’ve created several “cereal milk” flavored protein powders that fuel muscle growth but still satisfy your cravings, including the OG Ghost Whey Cereal Milk, Peanut Butter Cereal Milk, Fruity Cereal Milk, and Chocolate Cereal Milk (only available in vegan). That’s quite an impressive lineup, but for all you cereal connoisseurs out there, you can see that Ghost was missing a very popular flavor that dominates the cereal category… until now!

Way back in March, on S05E21 of the brand’s hit YouTube Series Building the Brand (shown below), Dan and Ryan announced that they were working on another cereal milk themed flavor for Ghost Whey. This was when they released Chocolate Cereal Milk Vegan Protein, so naturally, the whey protein consumers were a little jealous, because that flavor isn’t even available in Ghost Whey. But no need to worry — Ghost has a nice surprise to make up for it.

After months of sampling, testing, and tweaking, Dan and Ryan finally perfected it: Marshmallow Cereal Milk Ghost Whey! And unlike any other cereal milk flavored protein they’ve come out with in the past, this one is loaded with inclusions! Don’t be scared when you see a bunch of tiny ghost-shaped marshmallows floating around in your shaker bottle. This flavor took a lot longer than expected, but it was well worth the wait! The only question is… will Marshmallow Cereal Milk achieve supremacy?

We have a lot more information down below about Ghost Whey Marshmallow Cereal Milk. But first, sign up for Ghost news and deal alerts to get exclusive access to coupon codes, product launches, and reviews!

About The Flavor: Inspired by Lucky Charms

If you haven’t had a bowl of Lucky Charms before, then definitely head to the store and pick some up after reading this article, because they’re truly one of a kind. Today, there are a ton of variations on the market, but the original Lucky Charms that consists of a frosted oat based cereal with pieces of colorful marshmallows thrown in is what Ghost was after with this flavor. 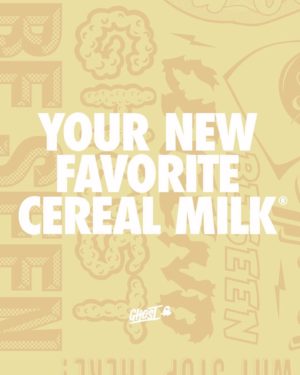 Could this be the best cereal milk flavor yet?

It took Ghost a little longer to develop Marshmallow Cereal Milk because they wanted to nail the oat flavor, and not just have it taste like a plain protein powder with some cool looking marshmallows. The other cereal milk flavors they’ve done have been based on corn cereal, so Dan and Ryan spent some extra time to ensure that they really brought out that frosted oat flavor we all love.

Not the first, but they claim it’s the best

This isn’t the first “Lucky Charms” themed protein powder to come to the market, however Ghost made sure it had the most authentic flavor. As we mentioned, this is Ghost’s first cereal milk themed favor with inclusions, so if that’s something you really enjoy, then Ghost Whey Marshmallow Cereal Milk should be on the top of your list.

Currently, our top ranked flavor of Ghost Whey is split between Chips Ahoy! Whey, which has real pieces of cookies mixed into the powder, and the original Cereal Milk flavor. It will be interesting to see how this one turns out with mini-marshmallows!

If you want to read all about Ghost Whey’s formula then check out our original write-up: Ghost Whey: 100% Transparent Formula with INSANE Flavors.

It all started with the OG Cereal Milk and now there’s several flavors to choose from! Ghost takes their flavor game seriously, and it shows with how many authentic flavor collaborations they’ve done. The first one for Ghost Whey was Chips Ahoy!, which was a huge success.

But we have a feeling that Ghost has more on the way, so stay tuned. They also like doing limited edition flavor drops that sell out in no time, and we’ll be sure to notify you when those release! 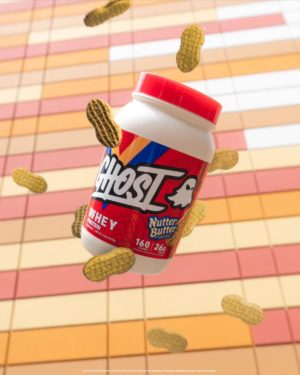 Here’s an updated list of all Ghost Whey flavor variations:

If Dan and Ryan can nail the flavor, Ghost Whey Marshmallow Cereal Milk is set to be a home run. Especially with the addition of ghost-shaped marshmallows added to the mix, it’s going to bring back childhood memories, while still delivering gains with 25g of protein per serving! Bring on the inclusions! 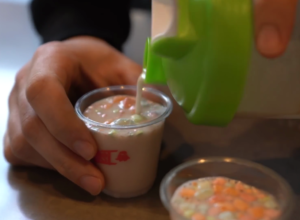 Who knew marshmallows would be so anabolic.

With every new flavor launch, Ghost just keeps changing the game. 2020 has been filled with road bumps and uncertain times, but Ghost hasn’t let anything get in their way. They’ve continued to release never-before-seen flavors, new products, and give back to all of the Legends out there. There are several elements that make Ghost stand out, whether it’s their eye-catching label designs, transparent formulas, authentic flavors, or the drive to be a leader in the industry.

Just take one look at their brand and you can see that Dan and Ryan are not about following industry trends or “fitting in” with the rest of the crowd. Ghost wants to stand out, be more than a supplement company, and show the world just what they’re capable of. Who knows what they have up their sleeves for the rest of 2020 and beyond, but we’re confident that you won’t want to miss out! Make sure to subscribe down below to stay updated on all things Ghost, because PricePlow has you covered!