CAUTION: Although this product does not contain yohimbine, it is highly recommended that users who are sensitive to ingredients similar to yohimbe not use this product or start at a *very* light dose to assess strength. Read more in our Olympus Labs Re1gn Recall article from 2017.

2019 Update This product was renamed to I Am Suprem3 Black Magic Edition. See that article for the deals. 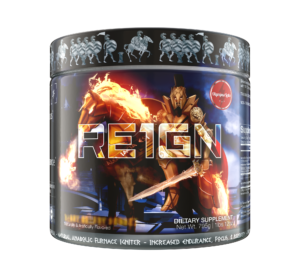 Olympus Labs is crafting a new pre workout titled Re1gn and we’ve got the details on what’s inside!

Olympus Labs has long been known as a leading-edge supplement company, specifically with regards to their stellar pre workouts and muscle-builders. The brand is in the midst of a massive rebranding effort, and with that OL has decided to undertake the development of a brand new pre workout to replace Conqu3r Unleashed, to clear out for the next big thing:

The ingredients were released in July 2017, and Re1gn definitely looks to ascend the mountain of pre workouts and once again stake Olympus Labs’ claim as the true Demigods of the industry.

We’ve got a special insider’s peek at the ingredients below, starring a new ingredient named VASO-6, but first you gotta sign up for PricePlow’s Olympus Labs alerts (I Am Suprem3 prices shown below):

We were so intrigued by the inclusion of this new ingredient, that we pressed Olympus Labs for even more information in regards to their new revolutionary nitric oxide booster and performance enhancer. The team got back to us with:

“When epicatechin emerged on the market several years ago, it soared in popularity. But, it unfortunately left a bit of a bitter aftertaste for some since the number of non responders to the ingredient far outnumbered those who experienced benefits. In response to this love-hate relationship companies strove to enhance the absorption and bioavailability of the ingredient but this methodology alone did not solve the problems with the ingredient and its response.

Through our pursuit of innovation Olympus Labs established a connection with the University who funded the studies on the endurance, nitric oxide, vasodilation, and recovery properties of epicatechin. Together we commercialized the IP and brought forward Vaso-6 to the market which is a direct byproduct of the highlighted science that goes into great depth on what it is and how it works.

Vaso-6 is not epicatechin as you know it. It is truly a remarkable ingredient that Olympus Labs would consider super epicatechin. It demonstrates that the human studies and the ingredients used in these studies should properly be commercialized before marketing to the supplement user demographic as in the case with regular epicatechin or else you will get a lot of disappointing results. IP is IP for a reason and should be utilized properly and sold/marketed responsibly by all supplement companies. We are also super excited in regards to Vaso-6 as it is another ingredient that was clinically studied in humans prior to being released to the market. We as a company are extremely interested in ingredients that have positive benefits but more importantly been studied in humans to work effectively.

Vaso6 is another innovative success brought to you by Olympus Labs, but surely not the last!” — Olympus Labs 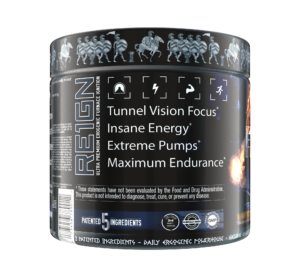 We don’t have the specific ingredients yet, but OL has let us in on a few of the unique ingredient in their newest pre workout.

Olympus Labs has some wild flavor names for RE1GN:

What do these flavors mean?! You can come up with a few guesses, but you might have to try them out yourself to see for sure!

*As a word of caution, the Dragon Mist flavor has been reported to be stronger than others, so use extreme caution with it, as there have been many side effects reported!

Re1gn came and went — below we show the I Am Suprem3 Black Magic prices until they’re all gone: