We’ve been due for an update to that past, as a couple of our opinions have changed*, but this week’s latest topic is how Soylent’s creators are under threat of lawsuit for violating California’s Safe Drinking Water and Toxic Enforcement Act. The threats come from a watchdog group named As You Sow, who claim to have found “a concentration of lead that is 12 to 25 times above California’s Safe Harbor level for reproductive health, and a cadmium level that is at least 4 times greater than the Safe Harbor level for cadmium.”[1]

As You Sow have not released their independent lab tests, nor are they even claiming that the Soylent lead and cadmium levels are illegal. They’re merely saying that the levels are higher than the limits established by the California’s Prop 65[2], and because of that, Soylent must make sure California consumers know about the higher levels.[3]

Soylent penned a response on their blog,[4] which states that they do notify California users of the levels, and also link to their certificate of analysis.[5] They state,

“We are not required to change the product, but we are required to display the Proposition 65 text where we sell our products, which we do.”[4]

Meanwhile, it’s worth noting that their lead levels were 0.0434ppm[5], whereas the FDA’s “aciton level” for the infant formula is a much larger 0.5µg/mL[6] (which easily converts to 0.5ppm[7]). So Soylent is more than 10X less than what would cause concern, even when compared to strictly-enforced infant formulas. California just happens to be more strict about its labels.

This is also nothing new for As You Sow, who’s also sued Hershey, Mars, and See’s Candies over the same things.[9] We’ve seen plenty of patent trolling in this industry, but this here is a new one.

How does California Prop 65 Work?

In order to remain compliant in California, Prop 65 provides a few different ways to warn the consumer of these higher lead levels:[9]

The warning may be provided by using one or more of the following methods singly or in combination:

Looking at Soylent’s checkout page (which is the only way to buy it), you can see that they do have a link for California residents, which goes to their statement on California Prop 65 on their FAQ server.[10]

The biggest issue is that the warning is below the Order button, so it could be missed. It’s also not discussing the warning on the order page.

Soylent’s Checkout Page “Kinda” Warns on California Proposition 65. Is this enough? Would a judge even care?

We’re not lawyers, and we’re definitely not judges either, but this seems like a case worthy of being thrown out. Soylent is only sold online – not in brick-and-mortar retail stores – so there’s no need to have this warning on the label.

We’re sure Soylent will change this layout so they don’t have to deal with these trolls, but seeing as they’re funded by billionaire venture capital firm Andreessen Horowitz,[11] who knows what they’ll do. If As You Sow expects them to put a warning on the actual product, however, then get ready for sparks to fly.

Chances are, this is nothing more than a publicity stunt by As You Sow, knowing that thousands of Geeks would be blogging their names and linking to their site. Consider us guilty for falling for it too

Regardless, while Soylent is definitely PricePlow DISapproved due to its marketing message, we frown upon such lawsuit trolling even more and wish them the best in this battle.

Our latest take on Soylent? 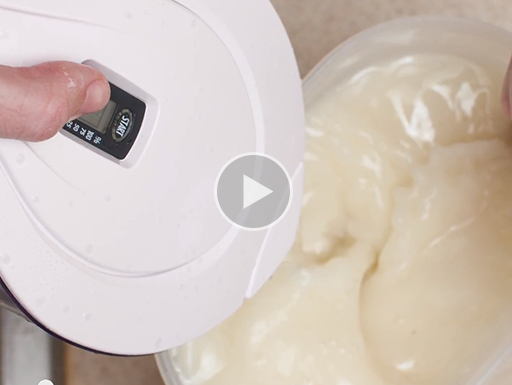 In the past, we discussed if this white sludge could safely replace your diet. Now they’re under legal duress in California.

However, body composition (ie not looking scrawny or a skinny-fat slob) is mostly determined by your protein intake[16,19,20] (where Soylent is weak, at best), while your overall chances of death by cardiovascular disease are increased every day you don’t eat any fruits or vegetables[21] (which Soylent is basically all about).

So while we’re still negative to the idea of living off of this substance, we do admit that it’s better than the standard diet of much of their [quite unhealthy] demographic, but is still hazardous in the long run compared to a real diet.

So, if you do want to use Soylent, at least add in some meals/snacks with both fruits and vegetables, and grab the best protein powder for you to get that protein number up.