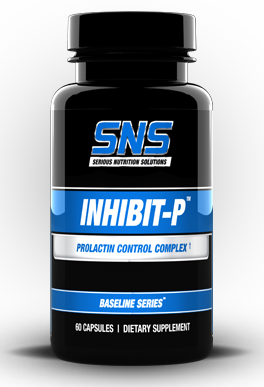 Inhibit P by SNS is your ultimate protection from prolactin, which can lead to gyno and inhibit muscle building.

Prolactin (luteotropic hormone) is a hormone best known in females for its role in supporting milk production in the body. In men, though, high prolactin levels can impair testicular function, which negatively affects the production of testosterone and sperm. To top it off, prolactin is suspected to be a part of the “man-boob” problem, also known as gynecomastia.

In case you couldn’t tell, high prolactin levels are a concern for men, particularly those trying to put on muscle. Fortunately, SNS has crafted a simple and effective prolactin-inhibiting supplement that’s also easy on the wallet.

Inhibit-P contains a precisely formulated blend of prolactin control agents to improve mood, increase dopamine, and, most importantly, reduce prolactin levels significantly – keeping milk production where it belongs: with nursing females and away from men!

The full breakdown is just ahead, but first, take a moment to check the best deal and sign up for alerts from PricePlow:

Need to put the brakes on prolactin in a hurry? Inhibit-P uses three proven ingredients to help halt prolactin production and keep you in pure muscle-building mode.

Note: Doses listed below are based on 1 serving (1 capsule), which is typically taken twice a day.

SNS recommends consuming 1 capsule 1 to 2 times per day, preferably with a meal. If you’re seeing an endocrinologist or other doctor regarding your issues, they may have other instructions you should follow. 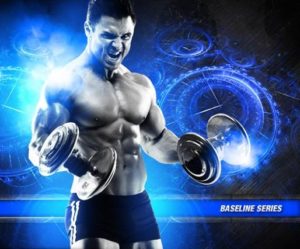 Inhibit-P is part of the SNS baseline series which provides all the essentials to build a lean, muscular physique. Build pecs, not man-boobs!

Any guy who’s had a gyno scare or has seen milk come out of their nipples will tell you, it’s not funny. We’re supposed to have pecs, not boobs. So if this ever happens, Inhibit-P is a must-try supplement, on top of whatever other anti-estrogen / aromatase inhibitor gear you decide on. This is why post cycle therapy is so important, and you can read our Post Cycle Therapy guide for more information.

Inhibit-P uses only clinically-backed ingredients to clamp down on prolactin production. Less prolactin yields more testosterone, which translates to improved sleep, increased libido, heightened mood, and bigger gains. But this one could also “save your pecs’ life”, so remember it if you’re ever coming off cycle.